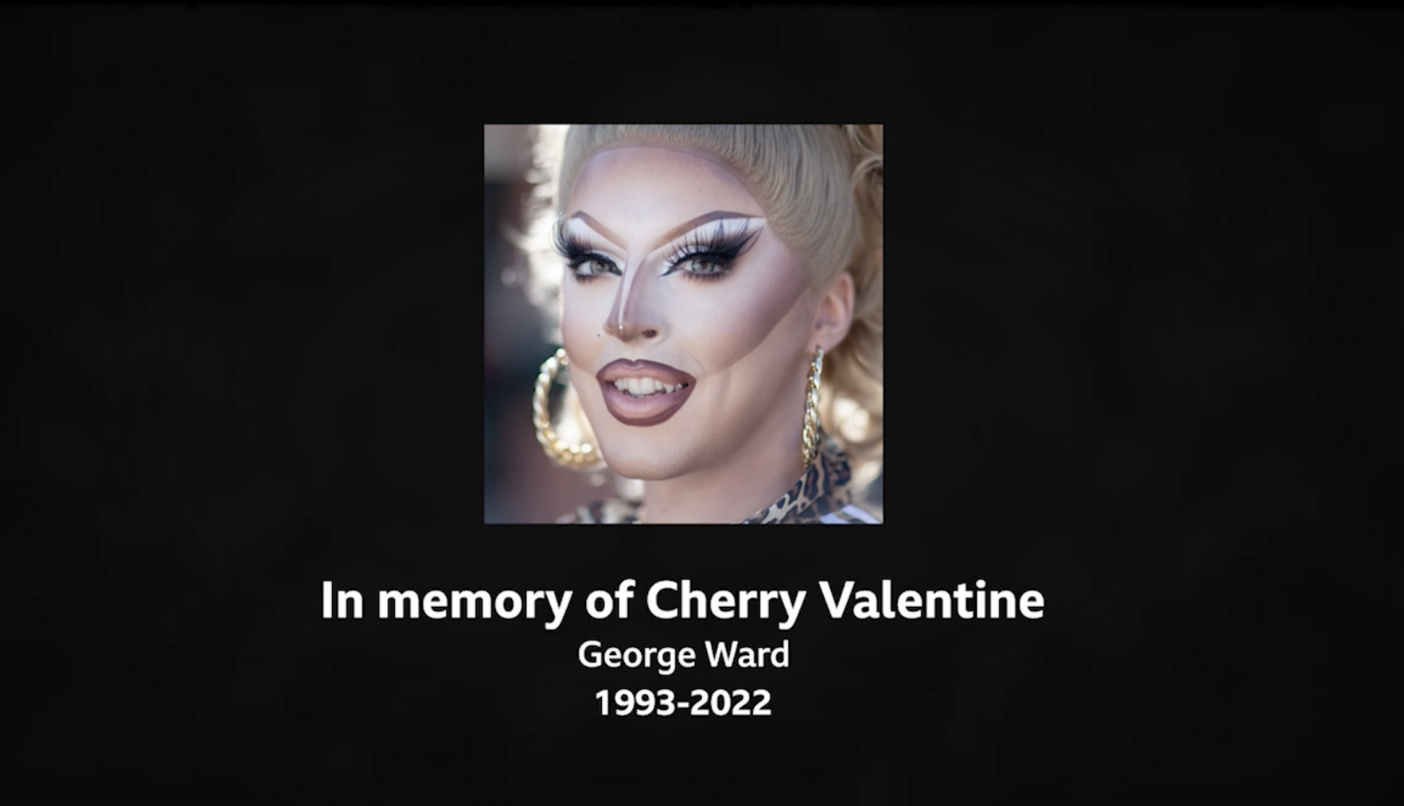 The drag artist and mental health nurse, real name George Ward, appeared on the second season of the BBC Three competition show before launching a TV career and fronting the documentary Gypsy Queen And Proud.

Ward’s family confirmed the news of his death in a statement last week, saying their lives ‘will never be the same.’

A tribute to Ward appeared after the credits rolled at the end of Thursday night’s Drag Race episode, with the show’s official Twitter account posting: ‘Tonight’s #DragRaceUK episode is dedicated to our sister Cherry Valentine.❤️’

Fans were quick to express their sorrow after seeing the dedication, with many saying they were in tears.

‘You don’t understand how much this made me sob today, rest in power Cherry,’ wrote one.

After appearing on the show, Ward worked with the BBC to produce a documentary exploring his Traveller heritage.

Marvel's 'Black Widow' Trailer: Natasha Romanoff's Family Secrets Are About to Be Revealed