EastEnders resident Chantelle Atkins (played by Jessica Plummer) has been the target of horrific abuse at the hands of her husband Gray (Toby-Alexander Smith). However, BBC viewers were left disgusted as he went a step further and carried out his most violent attack yet as fans feared for Chantelle’s life.

Whilst many of those in Walford have taken to Gray, his wife Chantelle has been hiding a huge secret about the reality of her relationship with her smooth-talking husband.

Despite promising on multiple occasions to stop hurting his wife, he carried out his most violent attack yet after believing she had betrayed his trust.

Snapping at her dad, she said: “Of all the people who should wind their neck in when it comes to accusing other people of lying!”

Mitch replied: “Hmm, so you spoke to Gray then?” 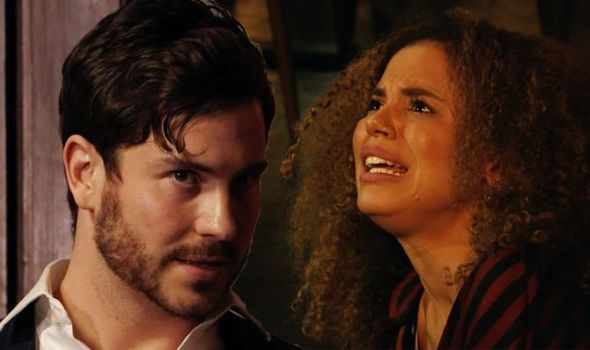 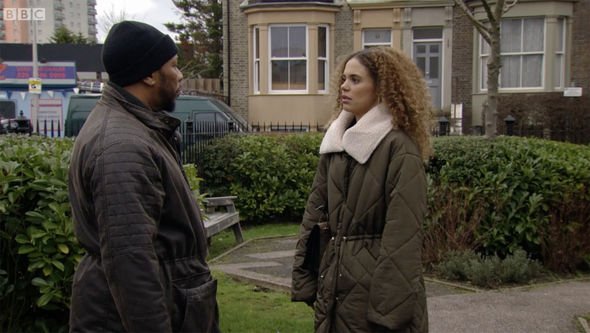 “Well yeah, he’s my husband, so we talk about things. Wherever he is in the day, whatever it is you think he’s doing? It’s none of your business,” insisted Chantelle.

Sensing something was up, Mitch added: “Baby, you know if there’s something wrong you can come to me right? I’ll look after you, I promise.”

However, a defensive Chantelle hit back: “Just mind your own business dad.”

Chantelle stormed off, leaving Mitch unconvinced before he then uncovered the truth about Gray’s suspension from his firm. 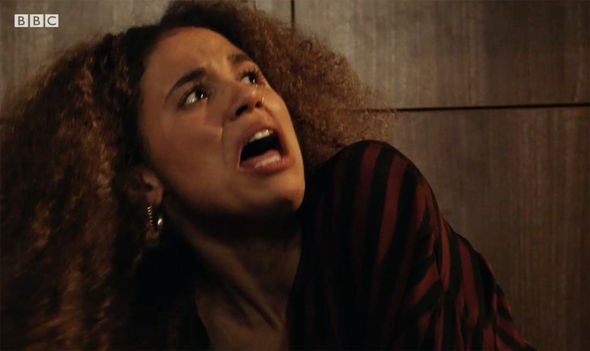 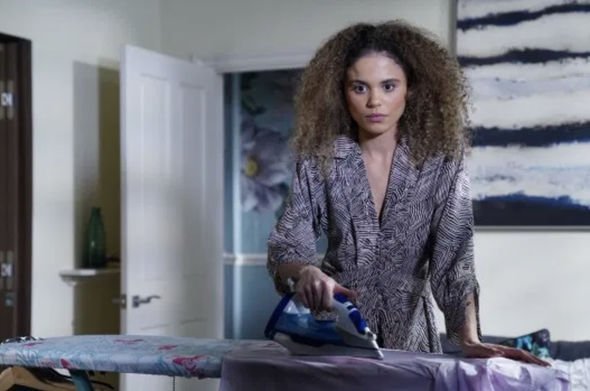 Mitch is right to be worried about how Gray treats his daughter as he issued her with some awful injuries last night.

He carried out his worst attack yet on his wife last night after Mitch uncovered the truth about his dismissal at work.

Gray quickly jumped to conclusions, believing Chantelle had told her dad, even though she had kept quiet.

Gary punched her, yelling: “I thought we were a team, you and me.”

She was struggling to get up at the end of yesterday’s instalment as some feared she was dead, and fans of the BBC soap were left concerned for Chantelle after the harrowing scenes aired.

A third viewer wrote: “I just wanted to go & save Chantelle from that disgusting man #EastEnders.”

“Chantelle is gonna be dead this year if she doesn’t get out of her toxic marriage #EastEnders,” warned another viewer.

Spoilers for next week’s episodes show Chantelle does indeed survive the attack but Gray will be left shaken after realising the extent of her injuries.

Will Gray finally put an end to his abuse, or will he put his wife in further danger?

If you or anyone you know has been affected by Chantelle’s storyline, please see BBC Eastenders’ help and advice page here.

EastEnders continues on Monday at 8pm on BBC One.

How many children does Emma Willis have?