In recent scenes on the BBC soap, Gray Atkins (played by Toby Alexander-Smith) incorrectly assumed Chantelle Atkins (Jessica Plummer) had betrayed him and brutally assaulted her as punishment. The hairdresser was left for dead on her kitchen floor while Gray walked over to the Queen Vic and discovered he’d been horrifyingly mistaken.

When Gray assaulted Chantelle he accused her of telling her father, Mitch Baker (Roger Griffiths), that he’d lost his job.

Chantelle denied this but her husband wouldn’t listen and proceeded to physically and sexually assault her.

While she struggled to move on the kitchen floor, Gray left the apartment and was invited into the Queen Vic for a gathering in his honour.

After discovering that the lawyer was working on Whitney Dean’s (Shona McGarty) for free, her loved ones praised Gray.

However, when Mitch revealed he had planned the surprise and apologised for his actions, Gray realised that Chantelle hadn’t betrayed him. 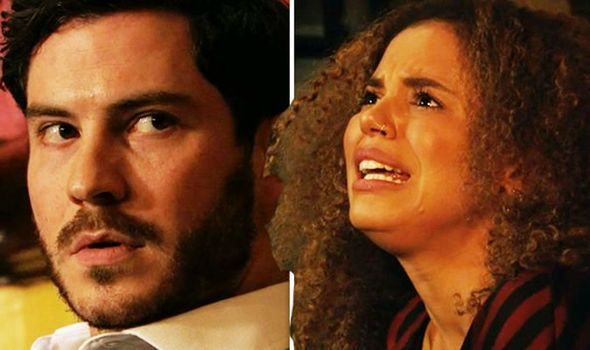 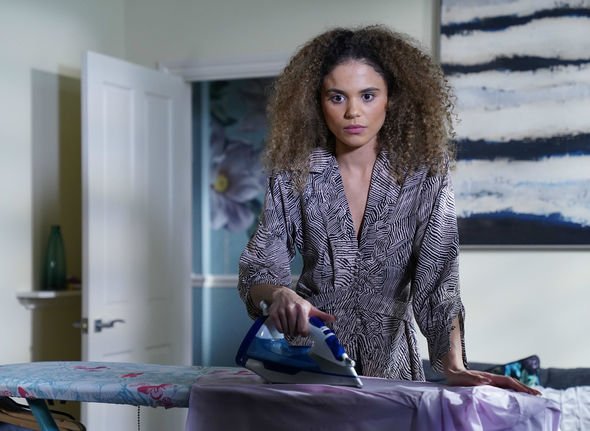 While watching Chantelle’s horrific beating, some fans spotted a huge clue as to how Gray’s true colours will finally be exposed.

One theorised: “When Chantelle tried to stand up and her hands are on the counter there was a knife missing from holder behind her, and she really struggled to get up.

“I really hope this was just a coincidence and I’m reading into it too much.”

Someone else wrote: ”There’s also a framed-shot of Gray in the Vic which resembles a prison cell door window.

“I wonder if perhaps he has stabbed her, but this time Chantelle will finally tell the truth to someone, and this storyline ends with him going to prison?” 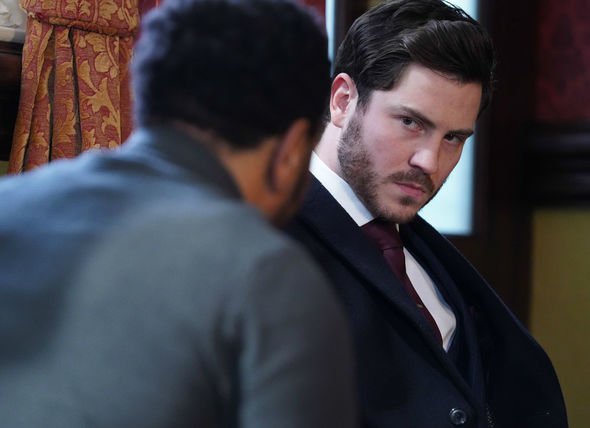 “He seemed really upset/shocked when he found out Chantelle hadn’t said anything so perhaps he had done more damage to her this time. I can see this ending with him being killed or maybe suicide,” another shared.

Luckily, Chantelle survived her injuries but the symbolism of the missing knife may foreshadow the tragic ending of her story.

Will Gray lose his temper and stab his wife or will she fight back and kill her husband to save herself?

Chantelle’s beating mirrored Whitney’s deteriorating health and the two scenes ending with both women collapsed onto the floor.

Seeing as Whitney’s stalker Leo King (Tom Wells) was stabbed in an act of self-defence, the same scenario could play out between Chantelle and Gray.

Meanwhile, in last night’s instalment, Gray appeared frustrated with his visibly hurt wife as she continued to act cold towards him.

However, it wasn’t long before the lawyer returned to his controlling ways as he tried to convince his wife to quit her new job.

“I’ve been thinking is this call centre thing really necessary?” Gray said. “Rather than take on another job, we can make cuts, pull back on a few things.

“I’ve sold my Spurs season ticket, take the pressure off a bit,” he remarked. “You look tired…”

Gray reached out to Chantelle but the hairdresser flinched and moved away causing Gray to plead:

However, EastEnders viewers will know Gray has made numerous promises that he’ll get help and change but he still becomes violent when he loses his temper.

Could Chantelle’s behaviour be a sign that she’s finally ready to tell her family the truth about her marriage?

EastEnders continues tonight on BBC One at 7:30pm.

When Did Sean Murray Join 'NCIS' as Agent McGee: Has He Been With the Show Since the Start?