EastEnders: Shirley offers to take Frankie to her mother

Linda Carter (played by Kellie Bright) realised how much she loves her unborn child after fearing she was experiencing a miscarriage in tonight’s EastEnders. However, if Mick Carter (Danny Dyer) decides he can no longer accept his wife’s infidelity pregnancy, will she be forced to leave Walford to start a new life with her youngest child on the BBC soap?

The expecting mum was left in agony after overexerting herself during a training session with daughter Nancy Carter (Maddy Hill).

Mick agreed to stand by his wife but wasn’t keen on Linda telling their children about the newest addition to the family.

Linda kept her pregnancy secret from her daughter but revealed to Sharon Mitchell (Letitia Dean) that she was carrying Max Branning’s (Jake Wood) baby.

At the hospital, the mum-to-be was relieved to be told her baby was safe and hadn’t been harmed by the gym session. 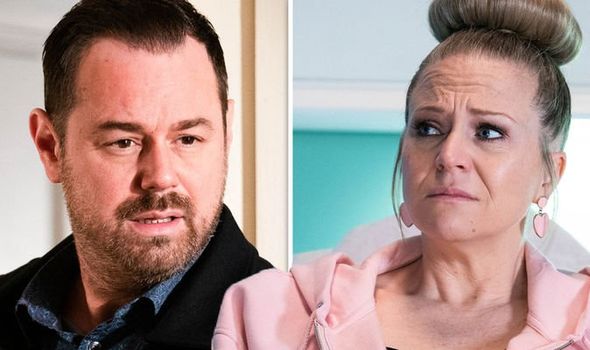 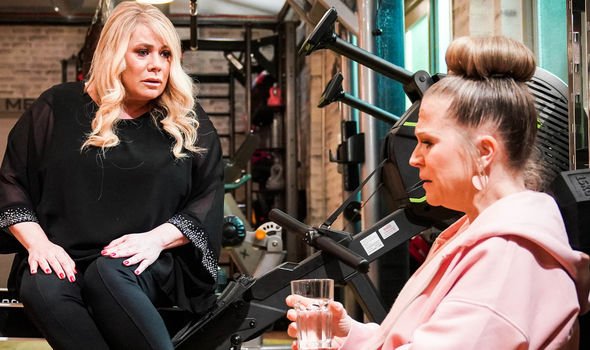 However, she confessed to Sharon about her fears of Mick changing his mind and rejecting her baby.

The doctor confirmed: “There’s a strong confident heartbeat so I’m confident there’s nothing to worry about but I will send you for a full scan just to be sure.”

“I didn’t realise just how much I wanted this baby,” Linda admitted to Sharon. “Mick knows, I realised straight away from the dates.”

“How is he?” The gym owner asked and Linda replied: “He says he’s with me, that he loves me.” 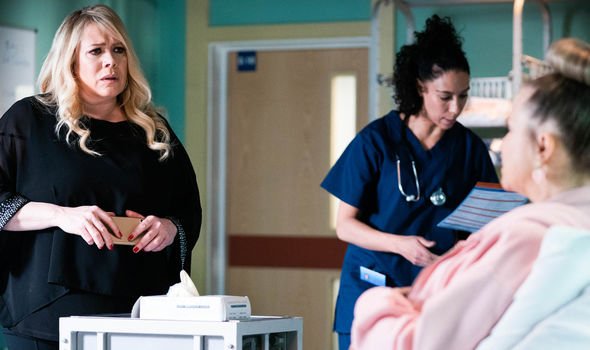 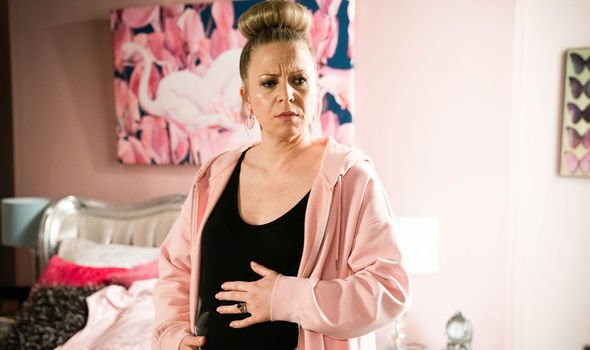 “But we ain’t told the kids yet and when I mentioned it earlier he went all weird like he doesn’t want them to know because it’s hard.

“We’re still working through the fact I had an affair and now there’s this lifelong reminder of what I did.

“When I was lying there thinking I was losing the baby I pictured Mick finding out and I wondered if part of him would be relieved.”

“I realised I already love this baby so much if Mick can’t accept it I don’t know if our marriage will survive,” Linda added.

The pub landlady embarked on a brief affair with Max last year when Mick began distancing himself from his wife.

Unbeknownst to Linda, the pub landlord was coming to terms with his abuser Katy Lewis (Simone Lahbib) coming back into his life.

Once Linda realised the truth, she declared her love for her husband but not before spending the night with Max.

The pub landlord agreed to stand by his wife but he may change his mind when the baby arrives.

Will Linda be forced into making the same choice Sharon did when Phil Mitchell (Steve McFadden) rejected baby Albie?

Initially, Sharon chose Phil over her baby son before changing her mind and splitting with her ex-husband for good.

EastEnders actress Kellie announced she was pregnant with her third child earlier this year.

Will the arrival of Linda and Max’s baby coincide with Kellie’s maternity leave?

If Mick rejects the baby, Linda may decide it’s time for her to leave Walford being and start a new life elsewhere.

EastEnders continues on BBC One on Thursday at 7.35pm.