Emmerdale has managed to stay on-air amid the coronavirus outbreak and with the ITV soap now back to filming completely, there is one plot set to send shockwaves through the village after it was announced an unknown character will suffer a grisly end in the coming months. With fans starting to guess who the unlucky resident could be, a recent Express.co.uk poll has suggested DI Mark Malone (played by Mark Womack) is the most likely candidate to be exiting the Dales.

Last month, the ITV soap returned to filming after production was halted back at the end of March when new guidelines were introduced due to the coronavirus outbreak.

The UK Government revealed members of the public would only be permitted to mix with those within their households and were ordered to stay two metres apart from anyone they came into near-contact with.

However, as the virus started to pass its peak, Prime Minister Boris Johnson introduced a gradual ease in the restrictions, with those in England able to meet others as long as they remained two metres apart.

This new announcement meant many TV shows which had previously had to stop filming were able to resume proceedings once more – including Emmerdale. 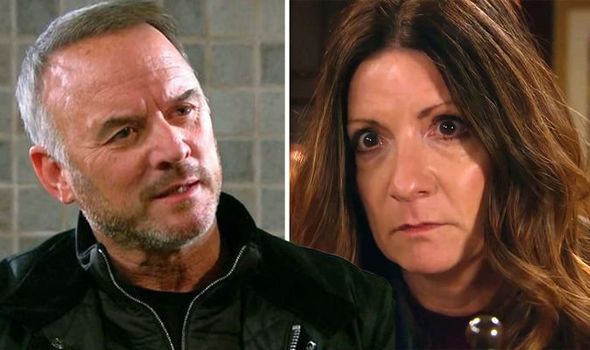 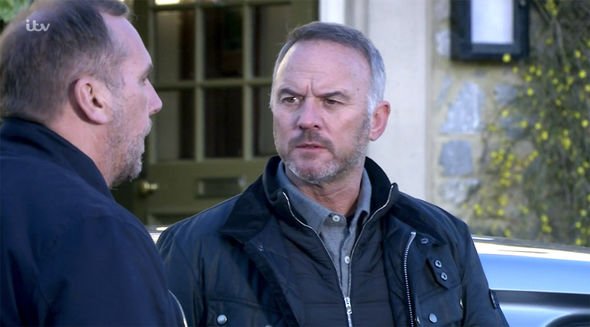 Earlier this month, John Whiston – Managing Director of Continuing Drama for ITV – revealed in an interview with Sky News there would be a socially-distanced murder coming up.

He teased: “In terms of normal stuff that goes on in soaps, we’ll have to socially distance murders and we actually have one coming up in Emmerdale quite soon.”

Since the revelation, fans have started to speculate whose days in the village are numbered, with a host of characters in the firing line.

In a recent Express.co.uk poll, viewers had their say on who they believed would meet their match in the months to come. 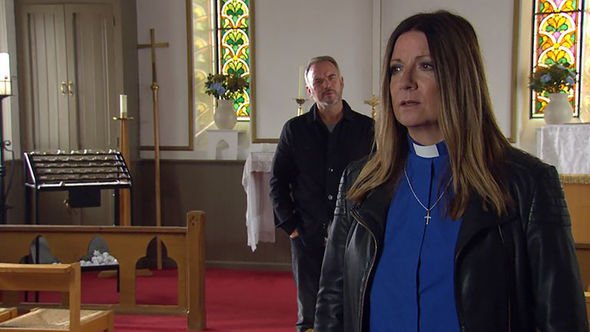 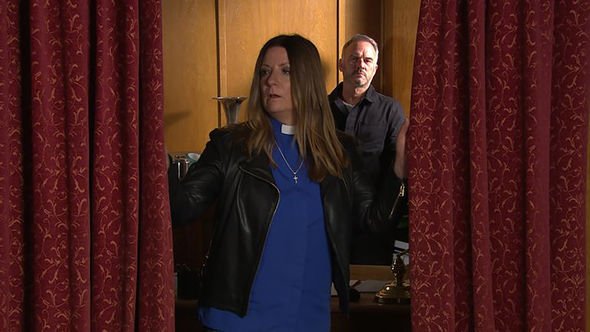 The poll asked readers: Which beloved resident will be killed in a horrifying murder plot?

Out of the 835 respondents, Malone was the favourite, gaining a whopping 57 percent of the vote – could he be dealt a deadly end later this year?

There are, of course, plenty of residents who might be looking for the opportunity to get the ultimate revenge on DI Malone.

Ever since, the pair have been at war with each other, but Cain isn’t the only person who might be looking for payback.

It was revealed both Harriet Finch (Katherine Dow Blyton) and Will Taylor (Dean Andrews) both had previous connections to Malone for very different reasons.

Harriet and Malone were old flames, with the latter even leaving his wife for the former undercover police officer – but she ended up falling for Will later on.

Elsewhere, Will was involved in a drugs gang which was headed by Malone, which left him in serious trouble with the law.

Recently, viewers have seen Malone and Harriet rekindle their romance, with Will completely oblivious to the situation.

If he finds out what the secret lovers have been up to, could he kill Malone after ruining his shot at happiness with Harriet?

Perhaps, Harriet has a darker side which viewers are yet to see on-screen and if things end with the police officer turn sour, will she end up revealing a murderous streak?

Katherine – who plays the vicar – recently hinted how the storyline is set to hot up after telling Ruth Langsford and Eamonn Holmes on This Morning: “Hopefully we can get back to this storyline because we left it on a cliffhanger.”

As things step up a notch, what lies ahead for Harriet and Malone and could he end up dead if it all ends in tears?

Emmerdale airs Mondays and Wednesdays at 7pm on ITV.