Emmerdale viewers saw Will Taylor (played by Dean Andrews) confronted with old foe DI Malone (Mark Womack) in last night’s episode of the ITV soap as it soon emerged there was unsettled history between the pair. As the dodgy policeman is back to tie up some loose ends with Will, could he put the latter’s daughter, Dawn (Olivia Bromley), through a harrowing ordeal after hinting he would come after his family?

Will’s daughter Dawn has worked hard to get things back on track in order for her to be allowed custody of her young son Lucas.

She was finally given the news she had been waiting to hear for months, and she was recently granted access to her child, who was allowed to come and live with her.

However, it was far from smooth sailing as Lucas found something harrowing hiding in this grandad’s house after a play-fighting session took a dark turn.

The youngster terrified Will, Harriet (Katherine Dow Blyton) and Dawn’s boyfriend Billy Fletcher (Jay Kontzle) when he appeared downstairs with a gun. 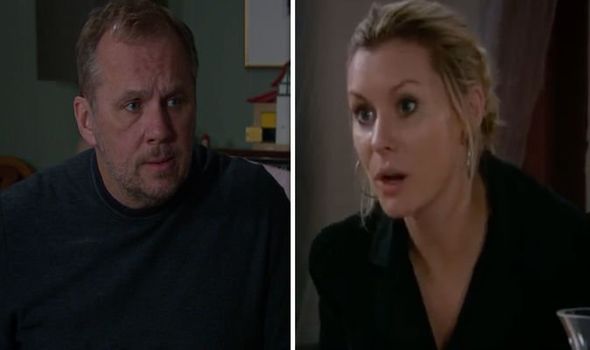 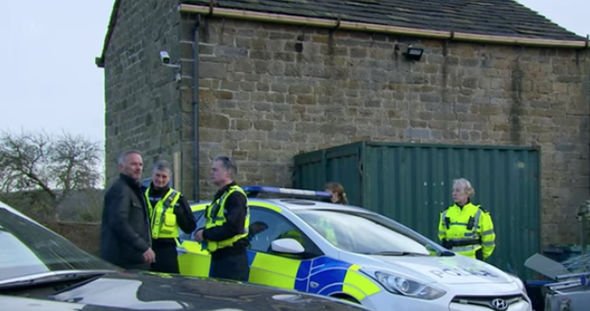 Harriet quickly came up with a plot to get rid of the weapon as she passed it to ex-lover Cain Dingle (Jeff Hordley), which later emerged as a terrible idea.

When Cain’s estranged wife Moira Barton (Natalie J Robb) suspected she had rustlers on the farm, Cain came to her defence as he revealed he had a gun.

However, the plot went horribly wrong when Nate Robinson (Jurrell Carter) turned up and Cain accidentally shot him.

Now, as the police grow suspicious of Will and Cain’s involvement in the shooting of Nate, Will was left panicked as a blast from his past returned.

DI Malone has a history with both Will and his partner Harriet and has made it clear he is back to seek revenge on Will. 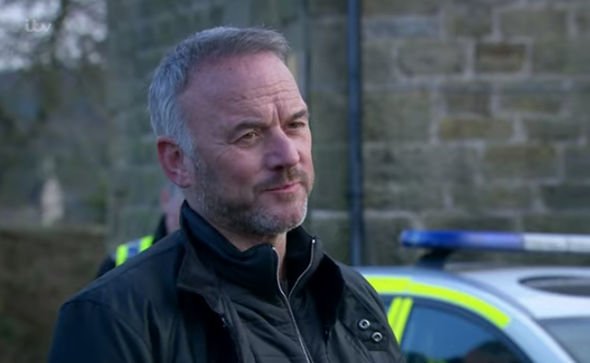 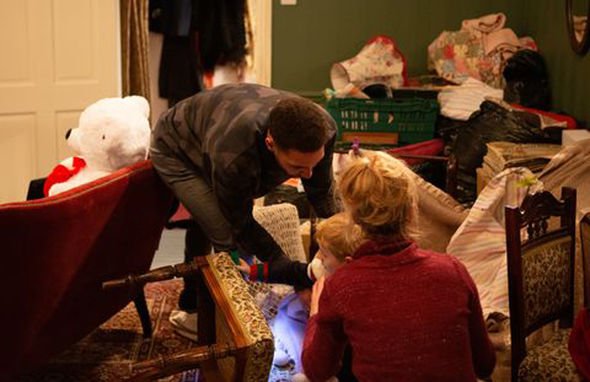 Last night’s episode saw him hint harm could come to his nearest and dearest as Will questioned: “What do you want from me?”

The policeman asked: “Your daughter, she has a little boy, Lucas?”

Will pleaded for him to keep them from being involved, replying: “Please, Harriet, Dawn and her son, they’re not part of this.”

Tonight, Will was seen having to accept a job from the dodgy copper after he was given little option to turn him down – will he put Dawn and her son in grave danger?

Will told the DI: “Cain needs that gun disappeared more than anyone, crushing is the best way to do it.

“It will be melted into scrap in a few days and we can pretend it never existed. Me and you never met again,” he explained.

The copper stood firm, noting: “But we did meet again didn’t we? Because you kept the gun that should have disappeared decades ago. Your stupidity could have put us both in prison.”

Will hit back, reminding him: “But it didn’t. So we’re free and clear.”

It was obvious who was in control of the situation when the corrupt copper replied: “No, I’m free and clear, you owe me a favour. Tomorrow a red hatchback will be dropped off at your garage and there’s some goods in it. I need you to retrieve for me.”

As Will questioned him further, he added: “Bring them back here tomorrow, oh and give Dawn and Harriet my regards.”

It has been strongly hinted DI Malone will mean trouble for those closest to Will, could he decide to go after his daughter and her young son and put them in grave danger if Will ignores his warning?

Emmerdale returns on Monday at 7pm on ITV

Who is Tana Mongeau and is she on OnlyFans?