Priya Sharma (played by Fiona Wade) was stunned to see Kirin Kotecha (Rish Shah) sneak up on her in Emmerdale and his arrival will bring back a lot of bad memories for the businesswoman. But, when Al Chapman (Michael Wildman) grows suspicious, will she confide in her boyfriend and demand he ensures Kirin stays away from the village for good?

In a spoiler clip for Wednesday’s instalment, Charity Dingle (Emma Atkins) hides while Al quizzes Priya on the mysterious figure she was seen in a heated exchange with.

He says: “Ellis [Chapman] (Aaron Anthony) mentioned yesterday he saw you being harassed by some bloke everything okay?”

Priya denies it but Al asks: “Are you sure? I had to ask.”

Charity emerges from the bushes and jokes: “I’ve been crouching down there like a hobbit you could have got rid of him sooner.” 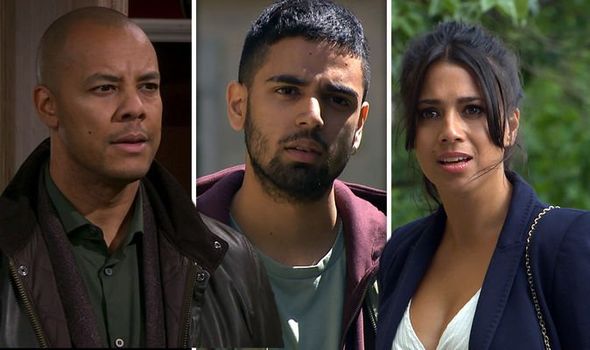 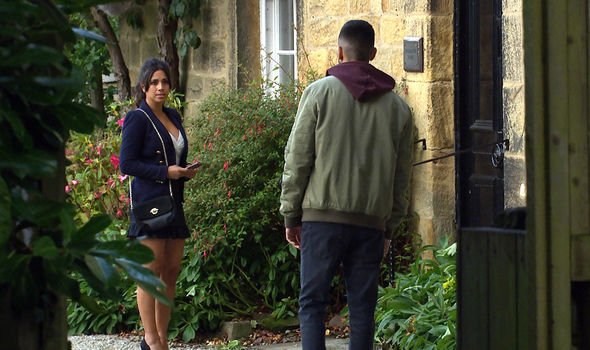 “Have you heard any more from Kirin?” Charity questions.

Priya denies it but Charity says: “Well you need to phone him tell him you want to see him because I’ve got something for him.”

The Dingle matriarch explains she plans to get hold of the money Kirin has asked for in exchange for his approval of her adoption of his and Vanessa Woodfield’s (Michelle Hardwick) son Johnny. 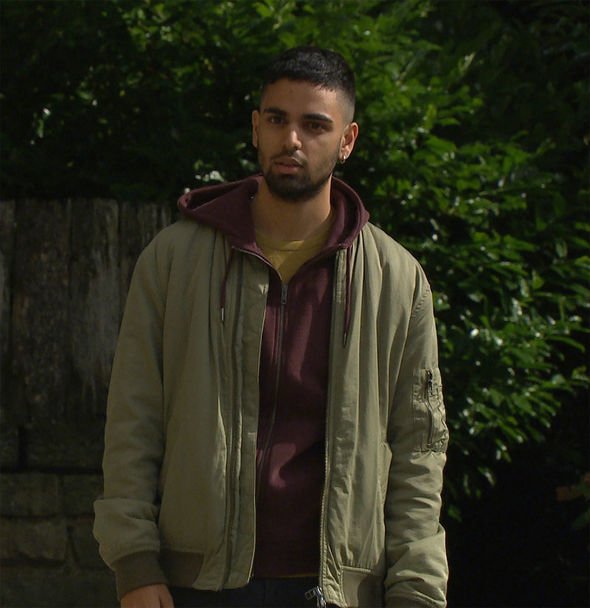 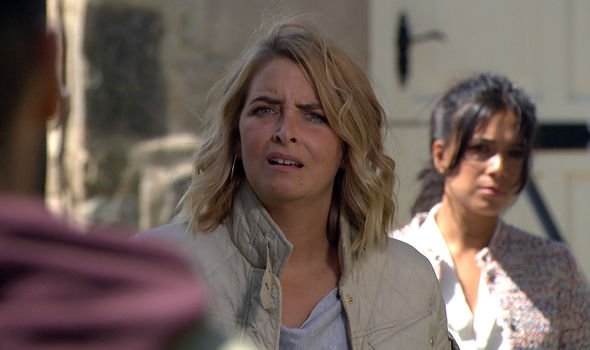 Will Al overhear their conversation, realise Priya’s in trouble and track down Kirin to confront him?

Speaking to Express.co.uk and other press, actress Fiona explained how Kirin’s arrival has impacted Priya.

Fiona said: “It’s a real shock, one to see him and also a bit scared because she knows what he can be like

“And also he’s on the run and she doesn’t want to be involved because she was involved with the police last time so this could really not be good news for her.”

She continued: “There was that moment where she says Kirin and you have to remember this was quite a few years ago, and it’s all mixed in and tied in with her ex-husband Rakesh.

“And all those things of how she would feel with this person coming back that caused so much disruption and upset.

“But this time she’s trying to do the right thing for Charity.”

But, Priya could break down and admit the truth to Al as she explains how Kirin’s return has distressed her.

Al’s suspicions have already been raised about his girlfriend being harassed and if Priya admits Kirin reminds her of Rakesh, Al may take things into his own hands.

Will Al kill Kirin during a violent confrontation as he takes the most extreme measure to ensure he doesn’t contact Priya again?