Emmerdale is gearing up for it’s most explosive week yet of 2021 as Mandy Dingle (played by Lisa Riley) gets ready to marry Paul Ashdale (Reece Dinsdale). However, with every soap wedding, nothing is plain sailing and in a dramatic new trailer for next week’s episodes, it seems Paul will finally get his comeuppance, but in a plot twist, it seems Liv Flaherty (Isobel Steele) will be the one delivering it after an ominous clue was spotted in the clip.

The trailer starts with a car crashing and Mackenzie Boyd (Lawrence Robb) shutting Nicola King (Nicola Wheeler) into the back of a van.

Paul is heard saying: “This is a big week for all of us, I don’t want anything getting in the way of that for her,” and he and son Vinny Dingle (Bradley Johnson) come into view at Wishing Well Cottage.

In a few flashing scenes, a car is seen speeding, while Paul comes face to face with Liv in a barn.

Aaron Dingle (Danny Miller) is then seen on Dingle farmland before Mandy continues: “I thought I was done with love and now look at me, happiest woman on the planet,” to son Ginny.

Liv is seen holding her cheek, it seems Paul has just hit her across the face and a van whizzes past. 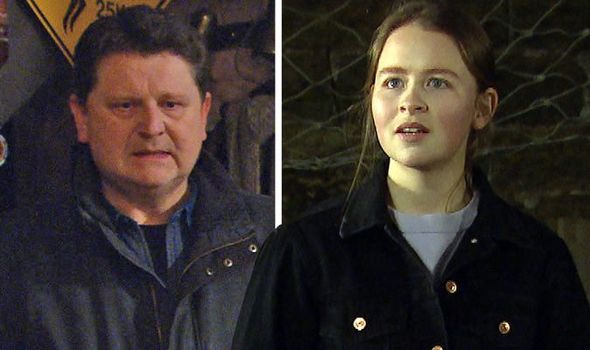 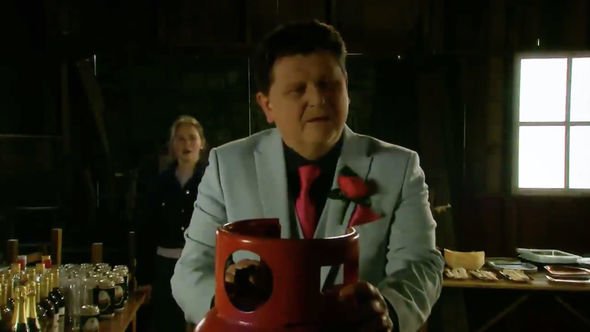 Paul goes onto say: “I want my wedding day to be remembered for the right reasons okay?” As Liv walks behind him into the barn.

Vinny is seen and he is warned: “If you screw it up, you and me are going to fall out – you got that?”

Someone is then thrown across a table in the barn – by Paul presumably as he was seen wearing a grey suit earlier in the clip.

Mandy then pleas with Vinny: “I thought you could tell me anything?” And a van comes crashing into the side of the barn.

The trailer goes onto show Paul kicking someone or something – perhaps Vinny as he has done this before? 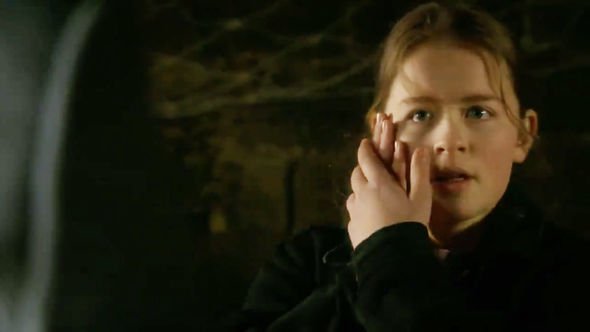 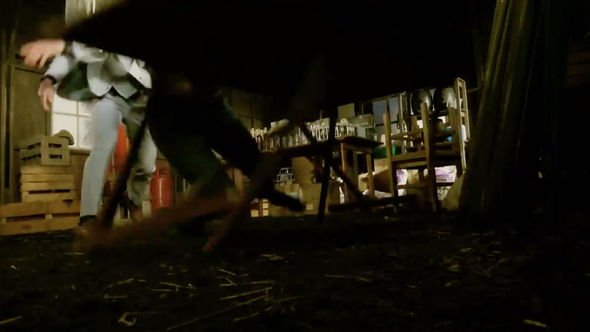 And then someone staggers out from the barn, wearing black boots and blue jeans – could this be Liv leaving the Paul who she has just killed?

It concludes with Mandy weeping: “It’s the hospital.”

It comes after official soap spoilers show exactly what clothing Liv is wearing next week – a dark cropped jacket, pale blue/purple t-shirt and blue jeans – the same blue jeans seen on the person stumbling out of the barn.

To add to this, unless Liv is having a fight with Vinny – as he is also wearing a grey suit for the wedding – it has to be Paul who she is having a ruckus with in the barn. 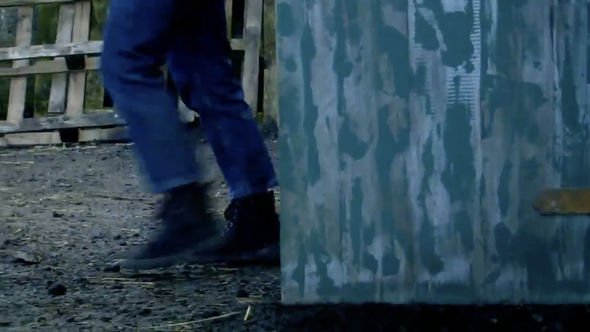 As for what is going to happen next week, ITV has announced Aaron will call Paul and has him meet him at the Dingles’ for a “pre-wedding surprise” which turns out to be a kidnapped Connor.

Connor tries to reveal the truth about Paul’s own kidnapping a few weeks ago, but because he is gagged, Aaron is persuaded by Paul to leave them alone.

Connor escapes and Paul lies about what happened but later on that day, Liv runs into Connor and figures out the truth about Paul.

As she pieces to parts of the puzzle together, she is left extremely worried for Vinny and confides in her brother – together they make it their mission to get Vinny to tell Mandy the truth. But will they succeed?

The next day, Mandy’s nerves are getting to her as she prepares for the wedding, unaware Vinny is taking another brutal beating from his father.

Aaron tries to get Vinny to open up as Liv confronts Paul in the wedding barn but has she put herself in grave danger?

And how will Paul react when he’s confronted?