The first of two semi-finals aired tonight as Eurovision Song Contest fans got to choose which 10 countries they wanted to see perform again in Saturday’s Grand Final. However, BBC viewers were distracted by one entry in particular and flocked to Twitter to comment on Russia’s Manizha Sangin’s abnormally large dress.

Manizha began her performance wrapped up in a Russian doll inspired dress before stepping out of it halfway through the song.

BBC viewers were impressed with the attire as one tweeted: “RUSSIA FOR THE WIN FOR THE DRESS STUNT ALONE #Eurovision.”

“What is that dress Wowza! @Eurovision #Russia #RUS #Eurovision,” another wrote. 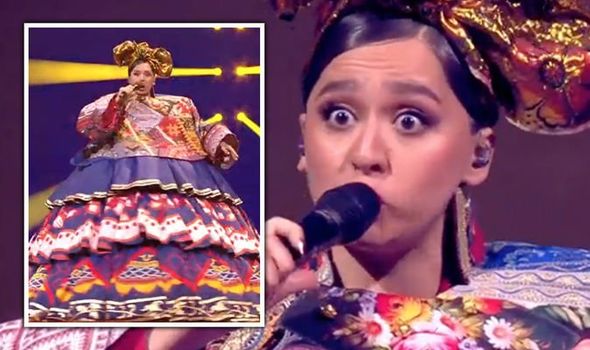 Someone else shared: “I think a dozen back up dancers were trapped inside Russia’s big dress #Eurovision #Eurovision2021.”

“#Eurovision Russia. she had a door in her dress??? Russian rap? Russian traditional song? whats happening? the message SLAPS THO,” a fifth added.

“Three small singers coming out of that dress would have better #Eurovision  #Russia,” another wrote.

Why 13 Reasons Why Is Ending With Season 4