But you still can’t bet on them 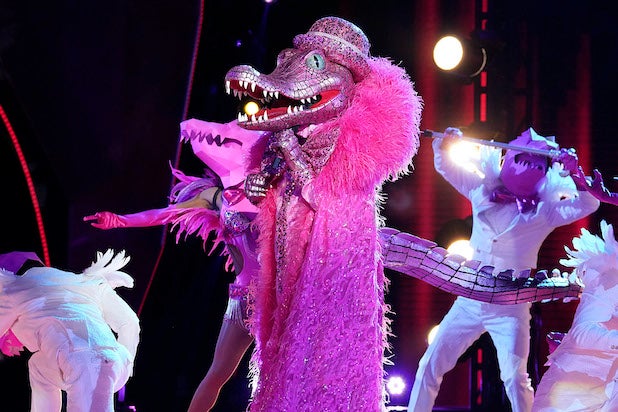 Are you one of those fans of “The Masked Singer” whose predictions are scary accurate each season? Well, then the Fox singing competition has some great news for you, as its upcoming fifth season is partnering with the Fox Bet Super 6 app to give viewers a chance to win cash prizes for their correct guesses.

But you still can’t actually place bets on the celebrity reveals. It is not legal for a U.S.-regulated gambling website to take real money on entertainment-programming prop wagers. Offshore, all bets are off, which means almost all bets are on.

Per Fox, ahead of each episode of Season 5 users on the free-to-play app will be presented with six questions to predict what will happen during that night’s show.

“For every correct answer, users of the app will receive an entry into a prize drawing where a total of $20,000 will be given away each week,” the broadcast network says. “There will be multiple winners each week. Users who enter the sweepstakes every week will receive an extra entry into a grand prize sweepstakes with a $100,000 grand prize, which could be awarded to a single player following the show’s season finale in May.”

To be clear the free-to-play Fox Bet Super 6, does not accept wagers of any kind, including on the identities of celebrities under the hit singing competition’s elaborate costumes. And Fox Bet does take wagers, obviously, it does not take any action on entertainment. However, other betting apps and websites have taken light action on “The Masked Singer” reveals.

“The Masked Singer” is pre-taped, which makes taking action a risky proposition, but these prop bets usually have a low monetary limit and are essentially considered a write-off for marketing and attracting new and/or casual users. “The Masked Singer” audience (which has been made up of a lucky group of at-home “superfans” and a much, much smaller studio crowd due to the pandemic) and participating talent are all required to sign NDAs.

Fox Bet Super 6’s weekly contest will launch two days before the episodes air — so on Monday, May 8 ahead of the Season 5 premiere on Wednesday, March 10 — at 8 p.m. ET and entries will be open until the end of Act 1 of the East Coast airing on Wednesdays at 8 p.m. ET.

“We are thrilled with the opportunity to build on the app’s popularity with sports fans and expand the fun and excitement into an entirely new audience,” Fox Bet chief marketing officer Andrew Schneider said. “The app has proven to be an engaging complement to live events and, through this partnership, will help to drive viewership and enrich the experience of ‘Masked Singer’ fans.”

Fox revealed last week that it will start Season 5 with 10 scheduled contestants, who will be broken into two groups of 5 competitors (Groups A and B). But there will also be “wildcard” contestants crashing the party this season. The costumes we know so far are Phoenix, Grandpa Monster, Chameleon, Russian Doll, Black Swan, Piglet and Porcupine.

As TheWrap previously reported, when “The Masked Singer” returns for Season 5, Niecy Nash will be serving as guest host for the first few episodes, filling in for longtime emcee Nick Cannon. Cannon tested positive for the coronavirus before production had begun, and will return once he has recuperated.

“The Masked Singer” is executive produced by James Breen, who serves as showrunner, Craig Plestis, Rosie Seitchik and Cannon. The series is based on the South Korean format created by Mun Hwa Broadcasting Corp and is produced by Fox Alternative Entertainment.

The Masked Singer Alien: Who is Alien? First celebrity eliminated

Paramount+ Has Launched: Here Are 10 Things to Watch