Criticising The Great British Breakfast line-up, one tweeted: “Far too many presenters on the breakfast programme, all talk over each other and it’s so off putting, change it fast.”

Commenting on today’s show, another added: “@GBNEWS Much prefer new look for morning show. Better having only two presenters, prefer closer shot of presenters and better on sofa rather than the big desk.”

“@GBNEWS much prefer the sofa look for breakfast show rather than the desks,” a third said.

Someone else shared: “@GBNEWS loving the living room look, all that’s missing is the dog sleeping by the fire place! Every day it’s getting better and better.” 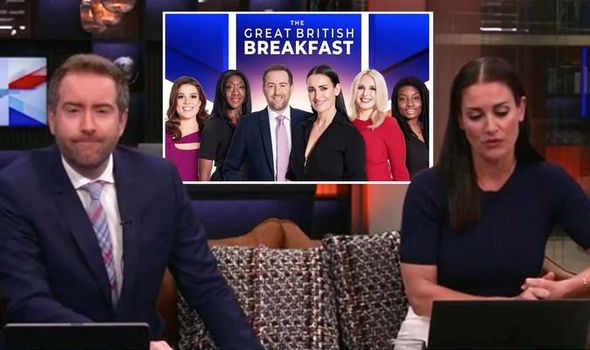 “@GBNEWS watching from 6.30am and much better with two presenters not shouting over each other (four at the desk seems chaos). Programme flowing nicely #gbnews,” a fifth remarked.

“@GBNEWSlooking a lot better this morning now they have got rid of the awful dark backdrop. Think two presenter format works better too,” another said.