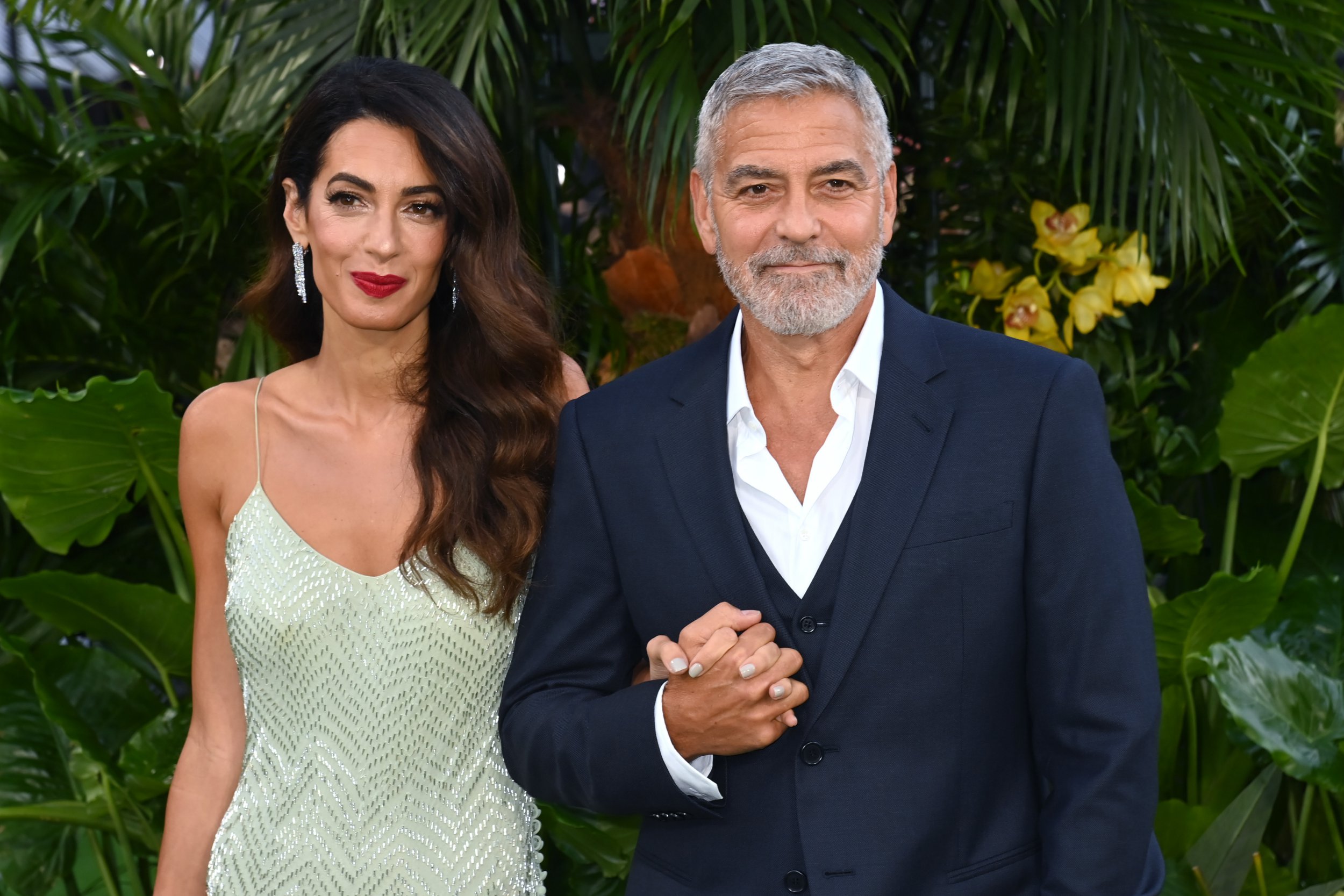 George and Amal Clooney looked as loved up as ever at the Ticket To Paradise premiere, as they joined their close friend, actress Julia Roberts.

The couple smiled and laughed together as they posed for the camera in London, with George, 61, suiting up and Amal, 44, donning a stunning sequinned number.

They looked in very high spirits as they wrapped an arm around each other and held hands, celebrating the release of the rom-com, which reunites co-stars George and Julia, 54.

The actors also posed together, with Julia donning a gorgeous black dress emblazoned with a selection of hearts, flowers, numbers and initials, all appearing to reference her loved ones.

JR + DM could be seen emblazoned on the front, paying tribute to her husband Daniel Moder – with 2002 referencing the year that they tied the knot.

The initials of her children, twins Hazel and Phinnaeus, and son Henry Daniel, were also surrounded in a huge heart underneath the phrase ‘love’, with the years of their births, 2004 and 2007, and ages included.

If that wasn’t enough, the Pretty Woman actress also extended her love for George and Amal, with ‘G [heart] A’ making an appearance on the gown.

George and Julia, who famously starred together in Ocean’s Eleven, have reunited for the new rom-com, which follows a divorced couple who travel to Bali to stop their daughter making a huge life decision.

They recently opened up on their close friendship, with Julia saying George and Amal ‘saved her from loneliness’ after she travelled to work on the film solo.

The upcoming flick was filmed in Australia and the pair were quarantining in the same area, but while Julia did trip solo, George was joined by Amal and their five-year-old twins, Alexander and Ella.

Discussing the flick in a new interview, George recalled: ‘We started in Hamilton Island, with all these wild birds, and Julia had the house down just below Amal and me and the kids.

His co-star couldn’t help but rave about the time they spent together, as she had never been away from her own family – husband Danny and their three children – for that long.

‘The Clooneys saved me from complete loneliness and despair,’ she continued to the New York Times. ‘We were in a bubble, and it’s the longest I’ve ever been away from my family. I don’t think I’ve spent that much time by myself since I was 25.’

George and Amal tied the knot in Venice in 2014. Julia and her husband Daniel married in 2002.

Shanghai Disneyland Will Be the First Disney Theme Park to Reopen