Home » TV and Movies » It's a First for Tina Fey: An Animated Netflix Comedy Series 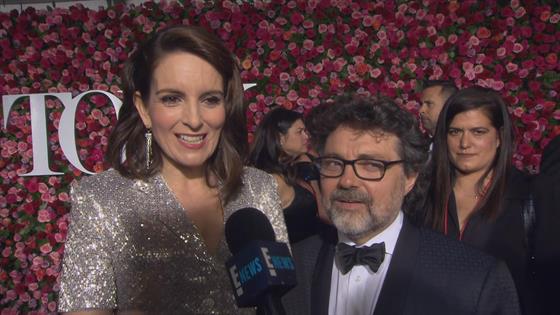 Tina Fey is heading back to Netflix. After wrapping up Unbreakable Kimmy Schmidt, launching Mean Girls on Broadway (and making news that the Broadway musical based on her movie is becoming a movie), and announcing Girls5Eva on Peacock, Fey is back with Netflix for Mulligan.

According to The Hollywood Reporter, the new animated comedy series from Fey, Robert Carlock and 30 Rock, Great News and Kimmy Schmidt veteran Sam Means received a straight-to-series order of 20 episodes. Mulligan follows the remainder of civilization rebuilding society following an alien attack. Bento Box Entertainment, the company behind Bob’s Burgers, will provide the animation for the upcoming series.

Means served alongside Carlock and Fey as an executive producer on Unbreakable Kimmy Schmidt and was involved in the interactive movie that recently filmed with series stars Ellie Kemper, Tituss Burgess, Jane Krakowski and Carol Kane. Kimmy Schmidt ran for four seasons on Netflix after originally being developed and shot for NBC proper.

In addition to Peacock’s Girls5Eva, a comedy about a pop girl group from the 1990s reuniting, Fey and Carlock are behind Ted Danson‘s new comedy series. The show stars Danson as a businessman who runs for mayor of Los Angeles…for the wrong reasons. Saturday Night Live‘s Bobby Moynihan, Holly Hunter and Crazy Ex-Girlfriend veteran Vella Lovell also star.

Fey recently appeared in two episodes of Amazon’s Modern Love. She’ll return to the Golden Globes stage as host alongside Amy Poehler for the 2021 ceremony. The two previously hosted three in 2013, 2014 and 2015. Poehler’s own animated series, Duncanville, premiered in 2020 on Fox. Poehler co-created the series and provides two voices on the show.

No premiere date for any of Fey’s upcoming projects has been announced as of press time.

What Justin Chambers has been up to since Grey’s Anatomy