Teen Mom 2 star Kailyn Lowry has been criticized for a lot through the years. Ever since she first appeared on 16 and Pregnant she’s been accused of “chasing fame” and being “money-hungry.” Lowry says that’s not why she wants to share her story with the world. 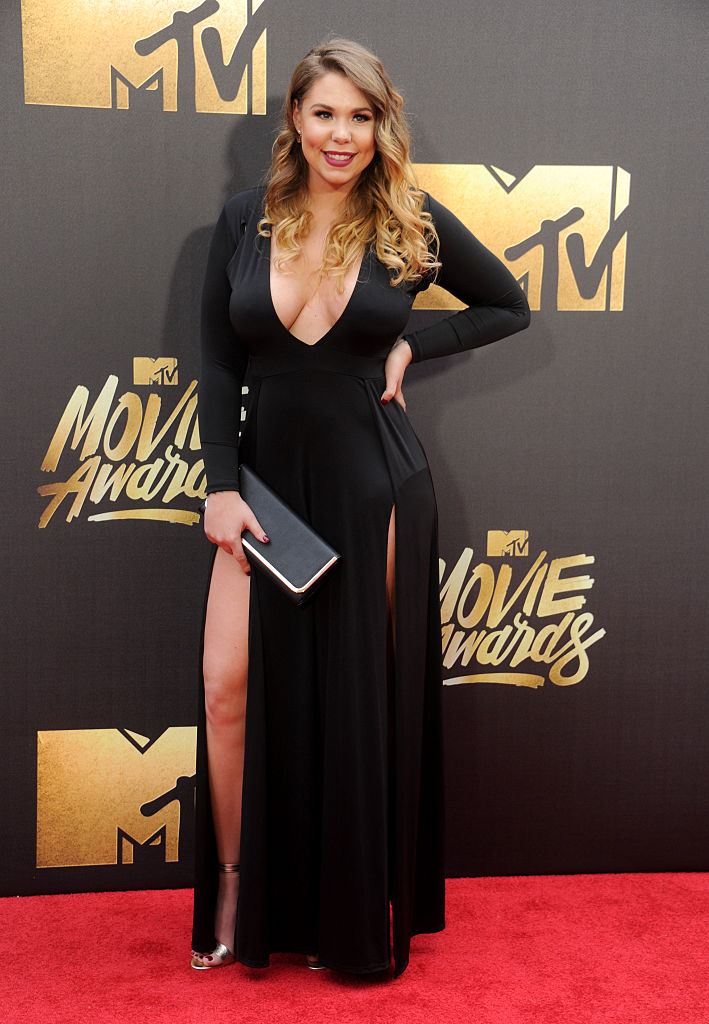 In her 2014 book, Pride Over Pity, Lowry writes about being a fan of 16 and Pregnant before she even applied to be on the show.

“The issue they were portraying was real. I was going through exactly the same things these girls were going through and I knew it was an important show that could help girls like me,” she wrote.

When she was cast, Lowry says she “felt strongly that it would be a great way to get my story out and hopefully inspire other girls to make good decisions.”

At the time, Lowry never could have predicted how starring in a reality show would turn her life completely upside down. Along with the good came plenty of bad.

“If I made a bad choice and it was caught on film, I was sure to expect backlash. Why did you do that, Kail? Are you stupid? Why are you so crazy? I didn’t want to start getting so defensive online and answer the monsters. I had to grow tougher skin so I could learn to fight back in a positive way. I couldn’t let the negative outweigh the positive,” she wrote.

Being on TV has allowed Lowry to look back on her life and reflect on the decisions she’s made.

“Becoming someone recognizable on the street has been a crazy ride. I didn’t do it for fame or money. I can say that a hundred times and it wouldn’t make the statement more legitimate for the non-believers. Being on television has not inflated my ego,” she wrote. “It has given me a chance to reflect on my decisions. The experience has been enlightening. It has helped me to strive to learn from my poor choices and make wiser ones in the future.”

We’re confirming the news, baby #4 is coming soon! ?I’m almost 16 weeks pregnant & it’s been a rough few months this time around. I've had nausea, morning sickness, and absolutely no energy. ? This week I’m starting to feel a bit better and I'm really hoping it stays this [email protected] has been an amazing support for me since I found out I was pregnant again. Going through nausea and morning sickness while trying to keep the news a secret can be quite isolating. There are so many helpful threads on the app from other women who have been through it too. It's always reassuring to know you're not alone. Whether you're already a mom, pregnant, or trying to conceive, I really recommend you join the @peanut community. It's an amazing space to build friendships, find support and learn from other women at a similar stage in life. There's nothing like support from other women to get you through. ❤ #Peanutapp • • • • • ?: @jessicab_beauty ?: @jonlloydjr

“I’m glad I was able to touch people in a positive light. Sometimes the dark side seems to overshadow anything that beams a little brightness, but I try to live in the crevices filled with light,” she wrote. “I’ve had a lot of people tell me they’re thinking twice before having sex, waiting to have children, and going back to school. My wrong decisions may not have always played out in my best interest but they’re experiences others can look to.”

Read more: ‘Teen Mom 2’: Kailyn Lowry Regrets That Her Kids ‘Got Attached’ To People They Didn’t ‘Need To Meet’

Dale Moss shares emotional post to his mom ahead of The Bachelorette: 'This one's for you mom'