Susanna Reid was quick to wish Kate Garraway a happy belated birthday after the TV presenter turned 54 on Tuesday. Kate thanked her GMB co-star for the sweet gesture as well as the gift Susanna had got for her to mark the occasion. However, the same couldn’t be said for Adil, which led to a rather awkward clash on air.

Kate had thanked Susanna after she’d sent her a fluffy throw for her to use at home.

“It’s really snuggly, thank you,” Kate said as she beamed before taking aim at Adil.

It was clear he had obviously forgotten and was questioned by Kate and Susanna.

Kate looked knowingly at Adil before teasing him by asking: “Adil?” 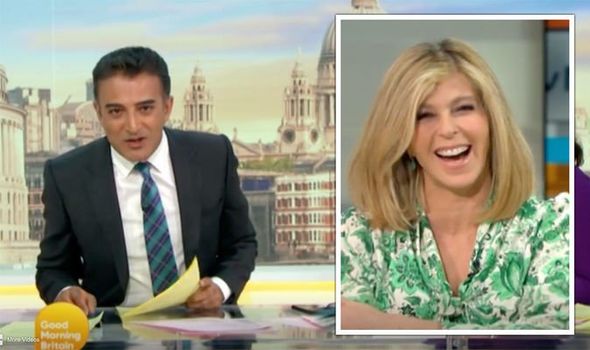 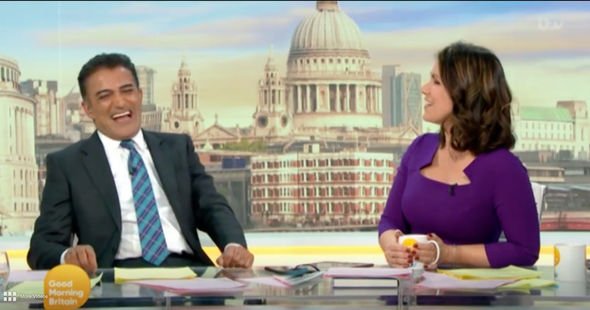 In response to the look on Kate’s face, he said: “Yes, what was that? That was a stern…”

“Where are your presents?” Kate kindly asked.

Despite the joking from Kate and Susanna that he had forgotten to buy a gift, Adil was quick to repeat the following: “It’s on its way. It’s on its way.”

Susanna quickly interjected: “We made a big fuss about your birthday, Adil.” 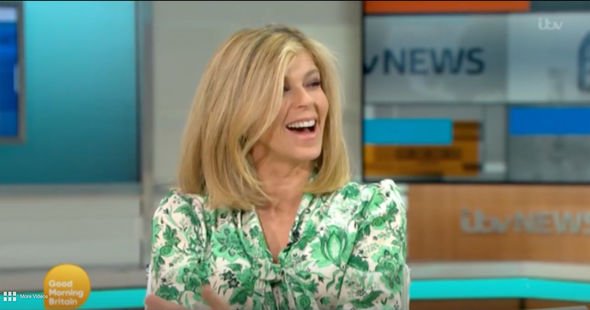 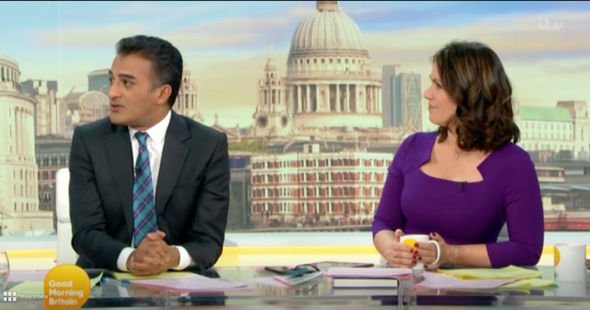 Adil, appearing embarrassed by the whole situation, continued to repeat himself: “It’s on its way.”

Then he suddenly remembered: “Oh, hang on, I sent you an invite this week, that’s your birthday present.”

Kate looked delighted as she remembered as well: “When things get back into action, we’re going to see some cricket together.”

Susanna began laughing hysterically, joking: “You finally have someone to go to cricket with you.”

Before Kate quickly responded: “No, don’t make it seem like he’s worked his way down the list.”

Adil began to laugh as well and Kate seemed happy about her future date with her co-star to watch some cricket.

Adil could barely contain himself as the conversation finished, with Susanna almost crying with laughter.

Kate has had an awful time recently since her beloved husband Derek Draper has been battling COVID-19 since March 2020.

Derek, who is believed to be the UK’s longest-suffering patient, was recently returned home on a trial basis, despite spending most of the past year in an intensive care unit.

Kate’s deeply personal memoir, titled The Power of Hope, was released on April 29, 2021, and discusses the traumatic past year dealing with her husband’s illness.

Her recent birthday was surely a day of celebration with Derek able to be by her side at home to mark the milestone.

Good Morning Britain continues weekdays at 6am on ITV.

Mickey Mouse Club: 10 Mouseketeers Who Made It Big, From Ryan Gosling to Britney Spears (Photos)