Paging Dr. Addison Montgomery! As sad as it is to admit, Grey’s Anatomy will likely end soon-ish. We don’t know the exact timetable, but Ellen Pompeo has dropped hints that the show’s writers are in the midst of figuring out when and, more importantly, how the show will end. We’re obvs expecting Grey’s alums to return (a couple already did this season), and Kate Walsh is already on board with the idea.

When talking to People, Kate said she’d “absolutely” return as Addison. “If they could get it done, I’d be happy to come back,” she continued. “Maybe I’ll Zoom in. Dr. Addison could Zoom in.” 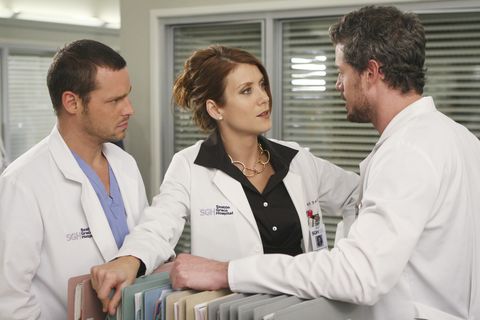 Addison returning to Grey’s would def be a major plot-twist. I mean, she officially left the show in season 8 to star in the Grey’s spin-off, Private Practice. Soooo, I have no clue how she’d be written back into the show. Maybe, they’d need a neo-natal consult? Or maybe, she’d just reconnect with Meredith and Amelia? Either way, we’d love to see what Addison’s been doing in the years since Private Practice ended.

It’s wild to think that Grey’s is one of the longest-running TV shows ever. But, Kate revealed that deep down, she always knew it’d be a hit.

She added, “Seven years later. It definitely changed my life.”

You love all the deets on TV shows. So do we! Let’s overanalyze them together.

'Below Deck': How Many Times Has Kate Chastain Been Fired From a Boat?

'LPBW' Fans Are Calling Out Audrey Roloff for Her Instagram Filters: 'Why Are You So Orange?'