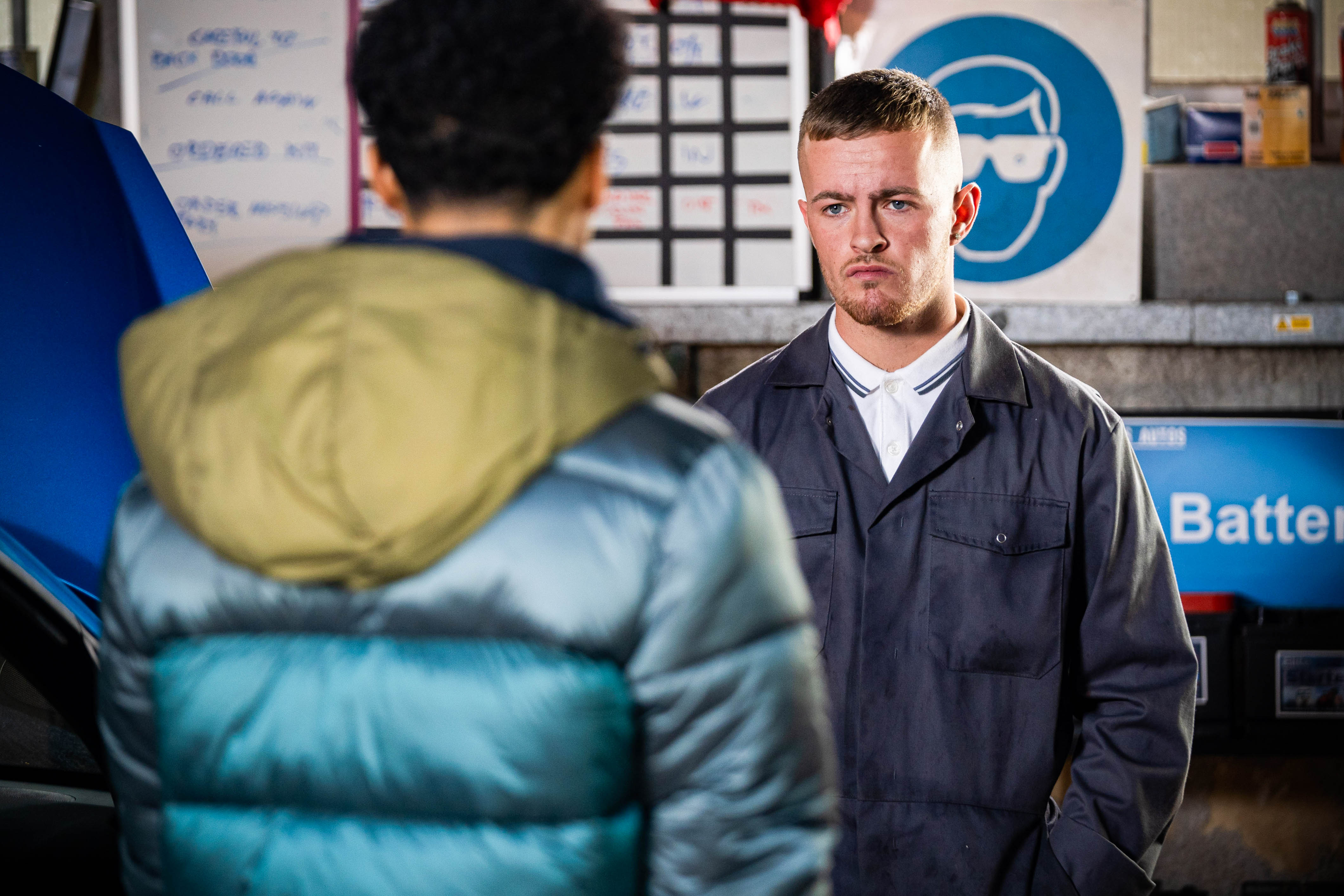 The mechanic, as viewers know, is in cahoots with Janine (Charlie Brooks), who has been using her position at the car lot to sell off stolen motors.

Liam has been acquiring the keys of said motors for his aunt, and he’s been using several of Tiffany’s business parties as an opportunity to get his hands on the clients’ cars.

Keegan, meanwhile, has had his suspicions about Liam, ever since he rocked up in Walford several months ago. Tiffany, however, has refused to believe his claims that her brother is up to no good, believing that Keegan is simply trying to cause trouble.

Thursday’s (December 9) offering of the BBC One soap saw Keegan released from hospital following his attack at the hands of a far-right gang led by Neil (Thomas Coombes) and Aaron Monroe (Charlie Wernham).

He headed straight to the club to speak to Tiffany, who revealed that several of her clients’ car keys had been nicked. Keegan was once again suspicious of Liam, especially when he learned that Liam had been playing the role of the naked waiter on both occasions where cars were stolen.

His theory proved to be correct, as the instalment concluded with him witnessing Liam driving off in a flash motor.

Friday’s (December 10) episode will see Keegan, determined to protect Tiffany in any way he can, confront Liam with his discovery.

Liam, however, doesn’t take too well to his interference and thus he makes his feelings known!

EastEnders airs these scenes Friday December 10 at 8:05pm on BBC One.

'Film About a Father Who': Lynne Sachs Examines Her Dad in Thorny Doc

Spoilers: Jean collapses and dies after arrest in EastEnders?

The Real Meaning Behind James Corden’s Only Tattoo