Muhammad Ali called himself the greatest, and filmmaker Ken Burns, director of the upcoming PBS documentary series about the boxing champion, “global icon and inspiration,” is not one to disagree.

“He comes to us, first and foremost, as the greatest athlete perhaps of all time, certainly of the 20th century, and as the greatest boxer,” Burns noted during the PBS TCA presentation Wednesday. “It is not a bad thing to die the most beloved person on your planet. And he did.”

“We were interested in doing a pretty comprehensive look at his life, from his birth in segregated Louisville, Kentucky in the early ’40s to his death by Parkinson’s not too long ago, in 2016,” Burns noted. “That meant involving ourselves in lots of other intersections of this extraordinary life, in politics, in war, in civil rights, in faith and religion, in the definition of Blackness in the country. All sorts of very complicated subjects—his personal life, the four wives.” 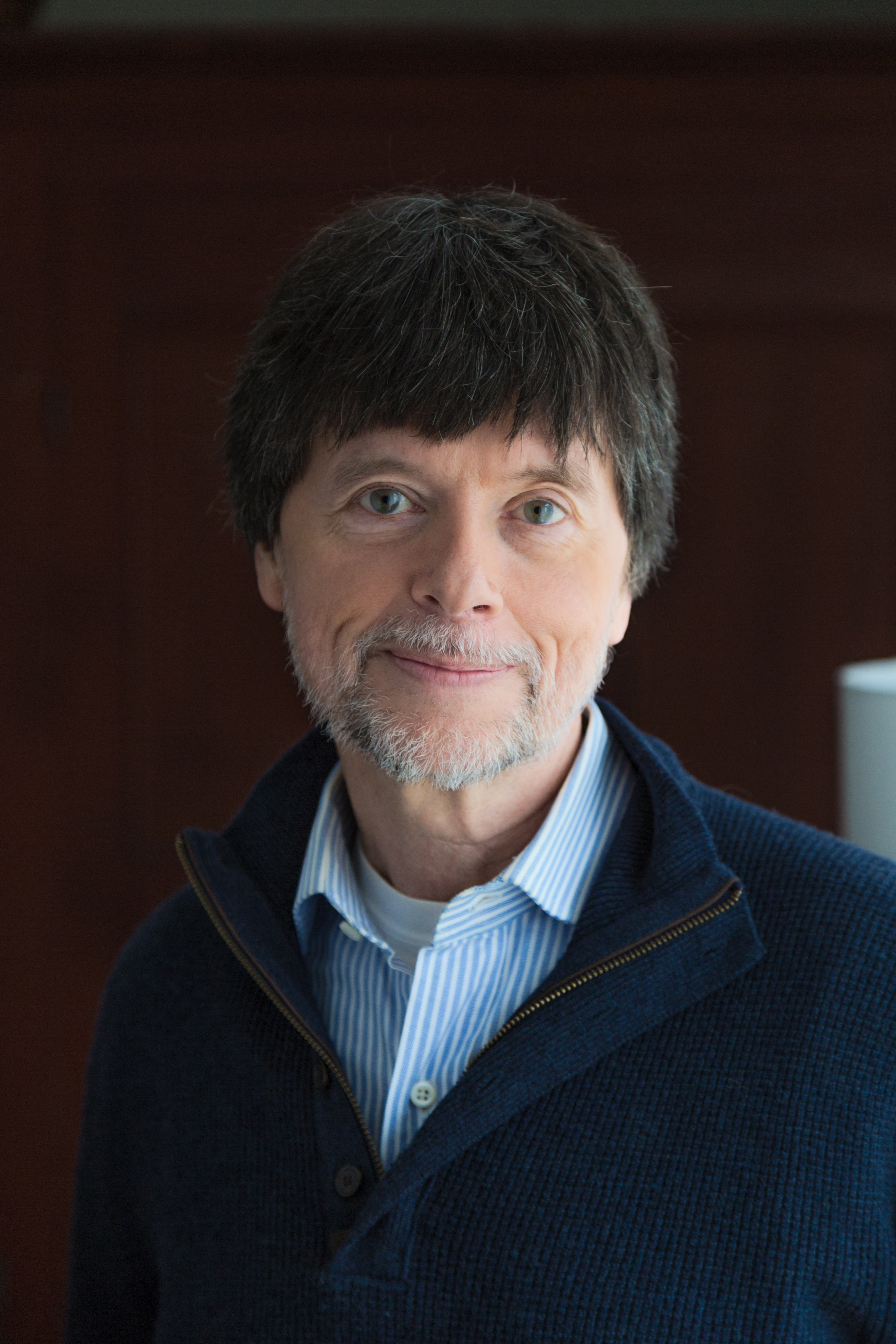 Burns highlighted the diversity of the team that worked on the series. The three co-directors are white, but he noted, “40-percent of the nucleus of our crew—producers, editors, assistant editors, directors, writers, are people of color; 53-percent are women.” And he praised PBS for announcing a series of measures on Tuesday designed to boost inclusion on network projects, and to hold filmmaking teams accountable for supporting PBS’ diversity goals. That announcement was a tacit response to a group of minority nonfiction filmmakers who have vocally questioned whether PBS support for Burns has come at the expense of non-white documentarians.

“I certainly applaud PBS for the steps they’ve taken, for the guidelines. A lot of it puts the onus back onto us filmmakers and we readily accept it,” Burns said. “We will take this on and we will figure out how to make it right and do a better job. I personally commit to that. I know my colleagues will do that. I know my network has already done that and put their money where their mouth has been… This is a really good way forward for a network that was always representing, from the very beginning, for the last 50 years, always representing… always asking for a multiplicity of perspectives.”

Asked whether a filmmaker of color would have been better suited to tell the Ali story, Burns pushed back. 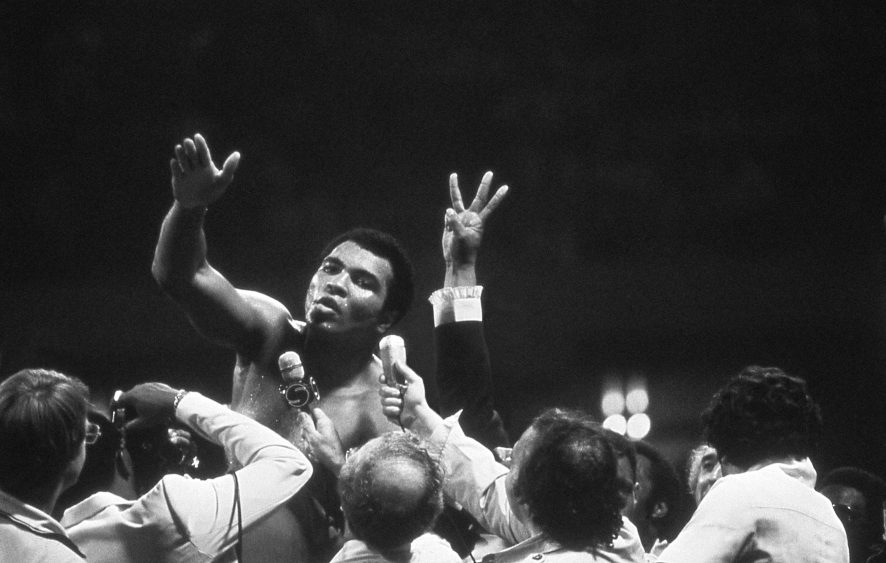 “We’ve never said that this was definitive and I think the point is that we want to have many, many points of view,” the director commented. “I’m in a business of history and that includes everyone. And I have, throughout my professional life, tried to tell the story of this country in an inclusive way and that means talking about race and trying to tell stories from multiple perspectives… But I do not accept that only people of a particular background can tell certain stories about our past, particularly in the United States of America.”

The series includes insights from commentators white and Black, including British-born actor and former pro boxer Michael Bentt. Bentt analyzes what made Ali, born Cassius Clay, so unique as a fighter—holding his hands low, against conventional teaching, and leaning back to avoid punches instead of ducking. At the TCA presentation, he remarked on Ali’s extraordinary courage in the face of intense criticism—for his public embrace of Islam, and his opposition to the Vietnam War, which derailed his boxing career at the height of his athletic prowess.

“Muhammad Ali would not fold or bend or beg,” Bentt said. “There’s a certain section of Black people that love Muhammad for that and despised him for that. I think when you achieve something and you’re in the spotlight and then you [face] a challenge, people hate you because they can’t do that or they would fold under the pressure of trying to do that.”

“When Ken demonstrated in these four episodes, it’s a masterpiece,” he stated. “I’m in the film industry for like the last 25 years and I know good work and I know great work. This is unprecedented great work.” 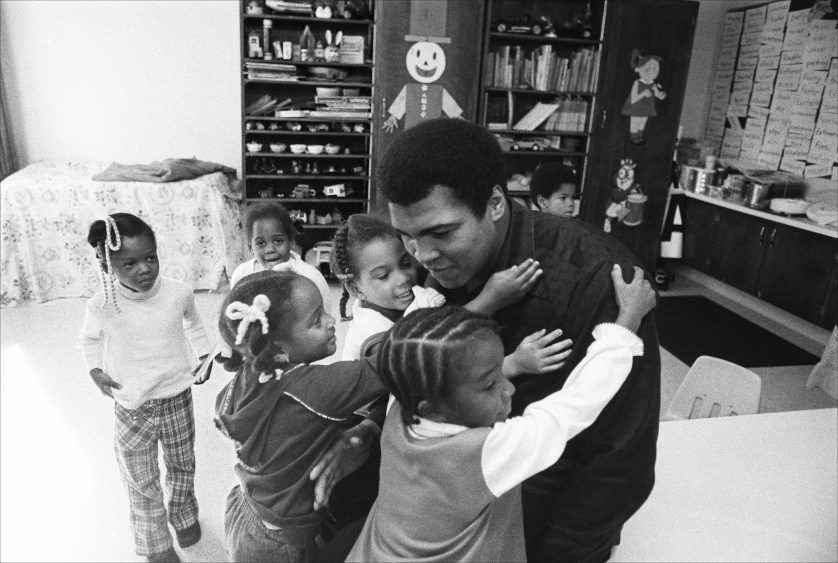 Some of Ali’s friends and family appear in the series, including two of his daughters. One of them, Rasheda Ali, participated in the TCA panel, and addressed whether there was any difference between the public Ali and the man his family knew.

“In the privacy of our home he was the same person he was on stage, but he was just—he’s always sincere, but he was just so sweet and cuddly. Daddy was very affectionate,” she recalled. “We gave each other so much love and affection… You cannot take that sweet man out of the boxer, because you’ll see he’s an animal in the ring. But he was a sweet man to other people, not just us. He served others his whole, entire existence. Daddy was a gentle giant, for sure.”

The series captures not only the physical grace of the champ, but his incredible charisma and intelligence, gift for language, and commitment to civil and human rights, regardless of the potential cost to his livelihood. And there was his undeniable physical beauty as well, documented in archival material going back to Ali’s days in high school, when he first achieved major success as a boxer.

“He is gorgeous. Let’s just say that. I’ll put my hat in the ring here. He is beautiful,” Burns said. “He is an extraordinary human specimen. He is gorgeous to look at, he’s amazing to listen to, he has a compelling personality and a sense of himself and a self-possession that belies his young age and then a kind of wisdom that speaks to people around the world.”

From Mark Wright and Michelle Keegan to Maya Jama: the celebs caught out by Spain's new quarantine rule

'Glee' Had a Massive Per Episode Budget Of Up to $3.8 Million