Home » TV and Movies » Kristina Schulman Said Why She's Not the Next 'Bachelorette': 'They Didn't Want Me'

Peter Weber’s season of The Bachelor is quickly coming to a close, and that means Bachelor in Paradise is upon us next. During Season 6, we saw love, heartbreak, and betrayal go down on the beaches of Mexico. And we also saw the return of a few fan favorites, including Kristina Schulman.

Schulman got her start on Nick Viall’s season of The Bachelor, and we’ve also seen her on two seasons of Bachelor in Paradise. Her incredible backstory and confidence have many Bachelor nation fans wishing she would get chosen to be the leading lady. But Schulman told an Instagram follower the producers simply don’t wish for her to be the star. Here’s what happened. 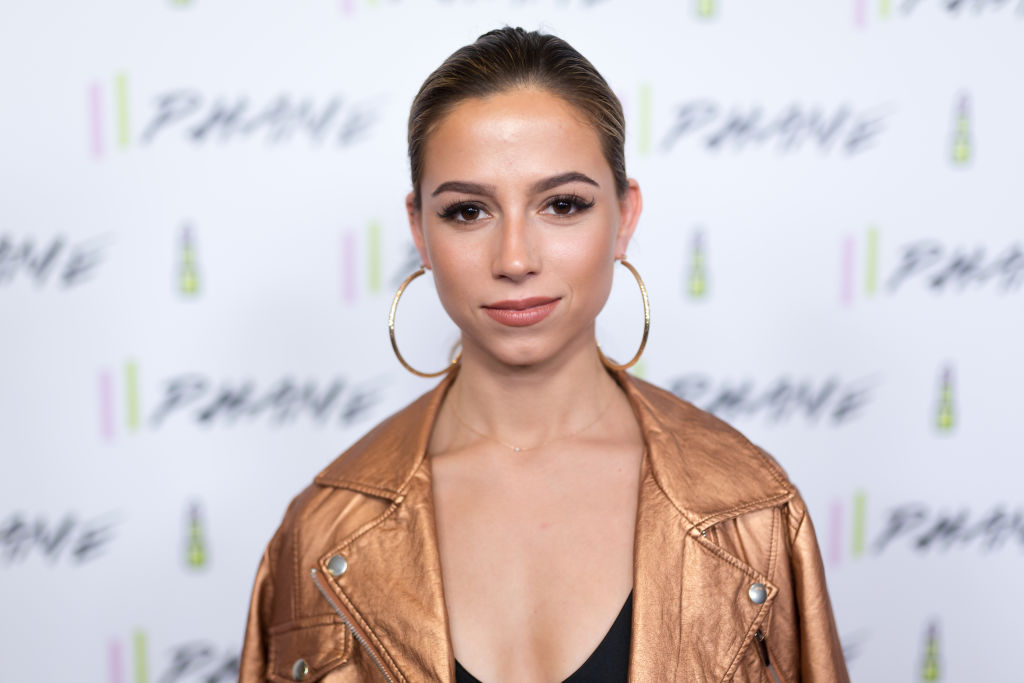 Many wished Viall would’ve chosen Schulman instead of sending her packing on The Bachelor. But that heartbreaking moment didn’t stop Schulman from attempting to find love via Bachelor in Paradise. And we’ll never forget the love triangle that threatened her relationship with Dean Unglert and caused her to voluntarily leave Paradise the first time.

Schulman’s strongest romantic connection on reality TV appeared to be with Unglert despite the past drama. The two connected after their first season of Paradise together, and Unglert told the Bachelor Happy Hour podcast that he really saw a future with her.

“I was genuinely in love with her, it just is one of those things that didn’t work out,” Unglert noted.

During Season 6 of BIP, we saw Schulman give out “friendship roses” to Blake Horstmann. While he thought they could make a romantic connection work, she wasn’t having it. Ultimately, no real romantic prospects made their way into her life.

Skincare from the inside out & the outside in •• When it comes to taking care of my skin and going for that that glow ✨there is not one single remedy or cure all. There’s not a single product (I wish!) that can fix it all unfortunately. It’s a combo of what you put IN your body, and well as what you put ON it! So go ahead and keep guzzling down your H2O! *check my story for a fun skin bonus!! ?*

Many women who’ve been on The Bachelor have high hopes of being The Bachelorette. And since Weber’s season was full of so many controversial contestants and ultra-young ladies, many suspected the next leading woman wouldn’t be from his season. Now, we know exactly who’ll be on TV attempting to find love next — and it’s Clare Crawley.

Crawley was the runner-up during Juan Pablo Galavis’ Bachelor season back in 2014, and she’s attempted to find partnership in Bachelor spin-off shows. But if Crawley wasn’t chosen, who else could it have been? It turns out a number of past women were considered for the role of Bachelorette, including Hannah Brown, who was just the leading star prior to Weber.

Schulman said producers ‘didn’t want her’ as the next star

Schulman appears to be single, and she still has a loyal fanbase despite garnering some negativity from Season 6 of BIP. Despite many of her fans wishing she was the next Bachelorette, it’s not happening this time. And she just responded to an Instagram fan who asked why she won’t be the next star of the show.

“Why aren’t you the next bachelorette,” a follower commented on her post along with crying emojis.

Schulman answered, “they didn’t want me and that’s okay!”

It looks like she’s totally fine with not being chosen for the role. So, will we see her in Paradise again? She told the Bachelor Happy Hour podcast she went on Paradise the second time to “have fun. I was open to meeting someone, but ultimately I wanted to have that strength to show that it’s OK to come back and be stronger this time around ….”

We can’t wait to see what’s in store for Schulman in the future!