Home » TV and Movies » Letitia Wright Responds After Sharing Anti-Vax Video: 'My Intention Was Not to Hurt Anyone' 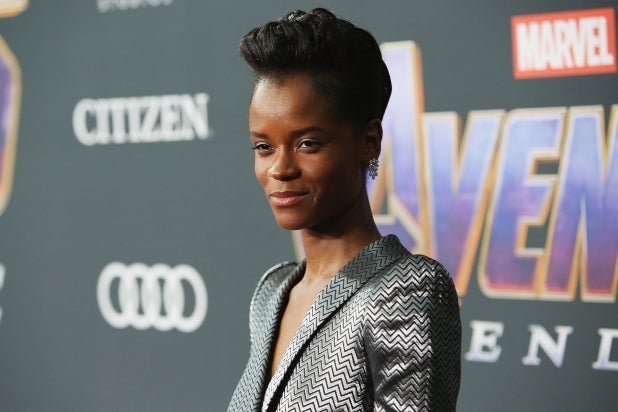 Letitia Wright says her “intention” with sharing an anti-vaccination video on Twitter Thursday that drew intense backlash from some fans was “not to hurt anyone.”

“My intention was not to hurt anyone, my ONLY intention of posting the video was it raised my concerns with what the vaccine contains and what we are putting in our bodies,” the “Black Panther” star tweeted Friday. “Nothing else.”

Wright, who plays tech genius (and the little sister of T’Challa, played by the late Chadwick Boseman) Shuri in the Marvel Cinematic Universe, had fans upset on Thursday night after she shared a anti-vaxxer video on Twitter titled, “COVID-19 VACCINE, SHOULD WE TAKE IT?”

Some users said the video she posted — which Wright has since deleted — included transphobic and climate denialist content, while others called Wright out for what they believed to be the irresponsible act of encouraging people not to get vaccinated in the middle of a pandemic.

Wright frequently responded to people, and also occasionally liked tweets calling for her to be fired or for “Black Panther 2” to be canceled.

“If you don’t conform to popular opinions. but ask questions and think for yourself…you get cancelled,” Wright tweeted, including a crying-while-laughing emoji.

When one user commented, “All the questions you have been answered, you’re just too lazy to read a medical journal, Wright responded: “Still have a right to worry about how my body will react. It’s not lazy, it’s thinking for myself.”

Wright’s Marvel Cinematic Universe costar Don Cheadle initially quote tweeted her saying “Bye Letitia,” a pun on the phrase “Bye, Felicia” usually used to dismiss people. However, in a series of follow-up tweets Cheadle insisted he meant no ill will and considers Wright “my lil sis.”

Representatives for Marvel and Wright did not respond to requests for comment from TheWrap Thursday night.

TV Ratings: ‘To Tell the Truth’ Ticks Up, Leads ABC to Thursday Win With ‘Holey Moley’

The Masked Singer: Get Your First Glimpse of Season 5's Wild Card Contestants in Premiere Video