Line of Duty: Adrian Dunbar on plans for a new season

The Irish actor, 64, was discussing his upcoming new period drama Emily with Susanna Reid and Ed Balls on Good Morning Britain when he began to criticise the government, saying people should vote to “get rid” of them and calling for a general election.

The Line of Duty stalwart Adrian talked about whether or not the police drama would be returning for another series, indicating upcoming episodes could be on the horizon.

However, he soon swerved into talking about politics, predicting the public would soon vote the Tories out.

When asked if there should be a general election, Adrian responded: “As soon as possible, yep.

“I think there’s a paucity of leadership in the country at the moment and I think they’re a shoddy bunch of people, and we should get rid of them.” 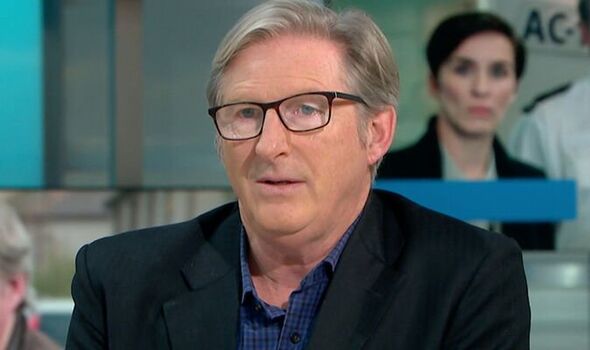