Love Is Blind saw a lot of drama over the 10 episodes, with a substantial amount of it coming from Jessica Batten. Jessica struggled in the first days of the show, as she was torn between coupling up with Matt Barnett or Mark Cuevas.

After struggling to come to a decision, Jessica eventually decided to get with Barnett – however, he didn’t feel the same.

Following a brief period of unrest himself, Matt eventually decided to steer clear of Jessica and begin a relationship with Amber Pike.

This, obviously, didn’t go down well with Jessica, as she had previously told Mark she didn’t want to pursue a relationship with him.

Thankfully for her, Mark took her back, and they subsequently got engaged. 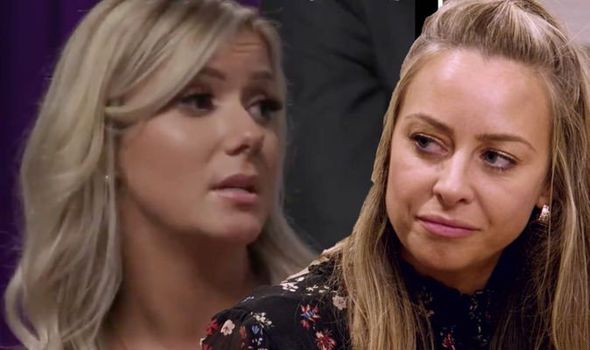 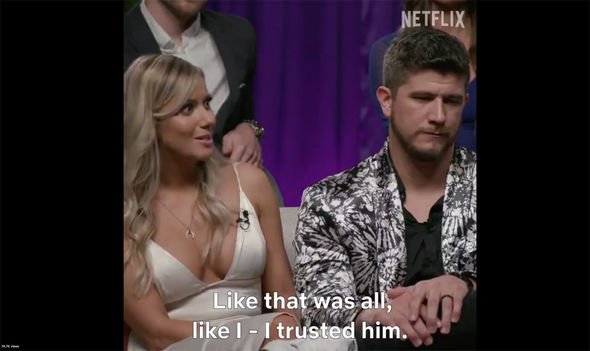 Later, when the couples were in Mexico meeting for the first time Jessica confronted Barnett and continuously asked questions about their time together in the pods.

Now, Netflix has posted a first look at the show’s reunion episode, which sees Amber blasting Jessica for her actions in Mexico.

She begins the furious rant by saying: “I confronted Matt about Jessica and I said: ‘What the hell? 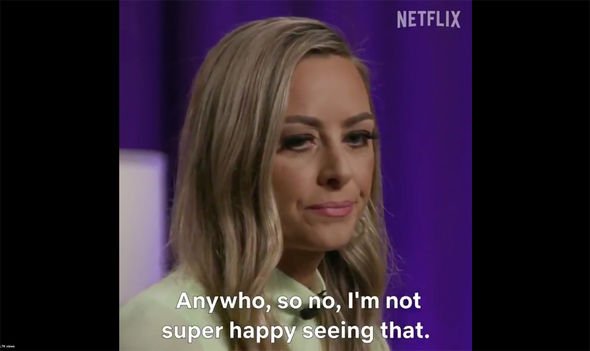 “He told me he was trying to figure things out and feel it out, and he was like he shouldn’t have said that, it wasn’t how he meant it. Okay, I believe you. I trusted him.”

Amber then aimed her anger directly at Jessica – who is sat just behind her in the clip – as she continued: “As far as I was concerned that [relationship] was nothing after the fact.

“So to see her throwing herself at him in Mexico… b***h you’re shiesty.

“I think you’re a very disingenuine person, and I hope seeing this [the show] you do grow from it.

“Because that is not what the world needs – women that go behind people’s backs like that.”

Referencing Mark in the ordeal, Amber concluded: “You were engaged to another man, that you were leading on! He was engaged. He made his choice.”

Things obviously didn’t go well for Jessica throughout the experiment, and earlier this week she spoke out about wanting to leave the show early.

Speaking to Entertainment Weekly, Jessica explained: “Okay. Yeah, I mean, I had to stay. I definitely had a conversation about leaving and I wasn’t able to do that.

“My dog got sick too, and almost died during the show, I had so much other stuff going on.

“It was really frustrating because I kind of knew [Mark and I] weren’t going to get there. I definitely had some conversations and attempted to leave,” she explained. “But I wasn’t able to.”

Love Is Blind is available on Netflix now.