In an episode of ITV quiz show The Chase, host Bradley Walsh welcomed four new contestants who were hoping to walk away with a cash prize. First up they had to defeat Mark Labbett aka The Beast in a general knowledge challenge. During one of the rounds, Mark got a tad cocky after telling Bradley that he had to correct his ignorance all the time. However, this quickly backfired on the brainiac after he went on to get the answer to a question wrong.

During the first round, despite contestant Mike winning £7,000 in the cash-builder round, Mark ended up quickly defeating him and knocking him out of the quiz show.

Next up was contestant Olivia, who was hoping to take down The Beast. However, there was one question that came up in the cash-builder round that stumped them all.

Bradley asked Olivia and quizzer Mark: “Who was the first US president to visit all 50 states while in office?”

The answers they had to choose from were A) Richard Nixon, B) Bill Clinton and C) Barack Obama. 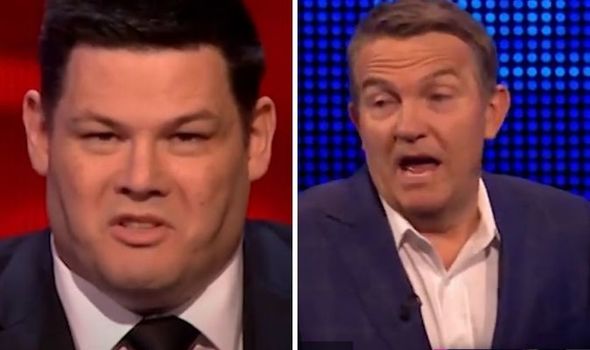 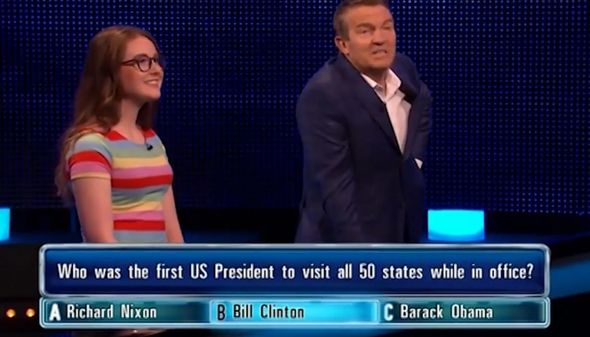 Olivia guessed Bill Clinton, as Bradley commented: “I’ve got to say, even for back in the day, Nixon, that would have been far too late for a president to visit 50 states, why hadn’t anyone visited them before while they were in office?”

Mark replied: “Well for starters, there weren’t 50 states until 1959, so Eisenhower would have been the first president who could have visited all 50.”

Bradley hit back: “All right settle down!”

Mark went one step further as he replied: “Well, I just want to correct your ignorance, the problem is I have to do it so often.” 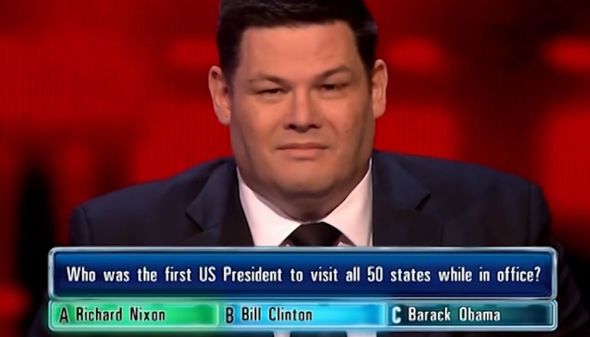 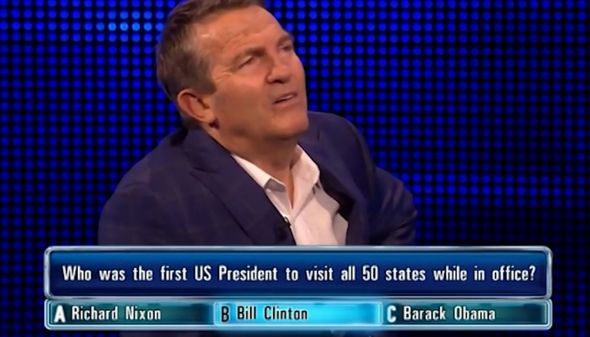 Despite his confidence, Bradley revealed that the correct answer was in fact, A, Richard Nixon.

Both Olivia and Mark got the question wrong as The Beast guessed Barack Obama.

Not letting him live it down, Bradley mocked: “I think you’ll find it was Richard Nixon!

“I hate to correct your ignorance, I have to do it so often!”

Mark quickly redeemed himself when he guessed the correct answer to an American sport-related question.

The question was: “In baseball, which of these terms is used when a pitch stops all opposing players reaching a base?”

Mark knew the answer was B) Perfect game, but later explained to Olivia that not many people in the UK would have known the answer.

After a tough round, The Beast defeated Olivia and she was sent home.

Contestants Jon and Suzi both managed to secure some mega-money in their cash-builder rounds and they both made it to the final.

The duo had to then work together answering as many questions correctly as possible in the hope of beating Mark and winning the cash prize.

Unfortunately, despite accumulating 13 points, the Beast managed to catch them up with plenty of time to spare.

The Chase airs weekdays on ITV at 5pm.