Martin Roberts has been busy filming new episodes of Homes Under the Hammer and during an exclusive interview with Express.co.uk, the television presenter discussed some of the changes the show has undergone in the last year. The property expert who has been fronting the popular daytime programme for 18 years explained how the pandemic has not only altered the way they film but the locations they are sent to, with Martin visiting places he has never gone to before. Also during the conversation, Martin spoke about his property training courses – Martin Robert’s Property Education – and the advice he has for those considering buying a property under the hammer or embarking on a career in property development.

Speaking about the new episodes, Martin said: “Geographically, it’s nice to head to different areas and the show had to do a pivot massively as with lockdown and everything that’s gone on because auctions stopped – the traditional auctions stopped and they were replaced by online auctions.

“The knock-on effects of that is that, clearly, the practicalities of making a TV show, getting a team of people to an auction etc.

“You have to pick the auctions which have the big numbers so the central London auctions and then the ones in the North, Birmingham, Manchester, the big, big auction houses, who have lots and lots of auction.

“But of course, if you’re doing it online, then the process means we’re not actually having to send the team to the auctions, we rely on the auction houses to let us know of the auction blocks that are sold and the people that are happy to be on the show,” he added. 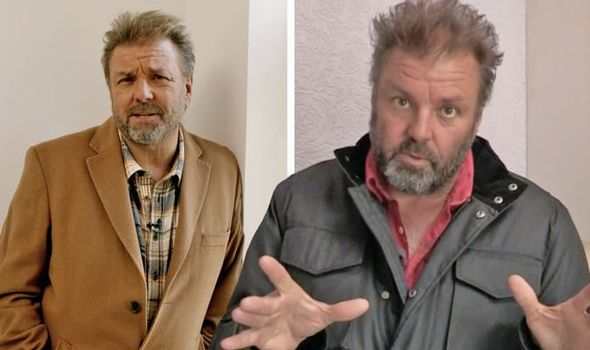 “It could be somebody from an auction house that only had two properties for sale.

“I’m going to Cheltenham next week, I haven’t been to Cheltenham – ever – for Homes Under the Hammer,” Martin remarked. “I think we’ve probably been to Milton Keynes.

“I think there will be a more geographic spread and probably, that will mean there might be even greater diversity of properties.

“We used to go down to Devon and Cornwall a lot, and that revealed some wonderful stories which were great to do and a lot of those were very aspirational properties, not necessarily expensive ones but just in a lot people’s idea of a dream location,” he continued. 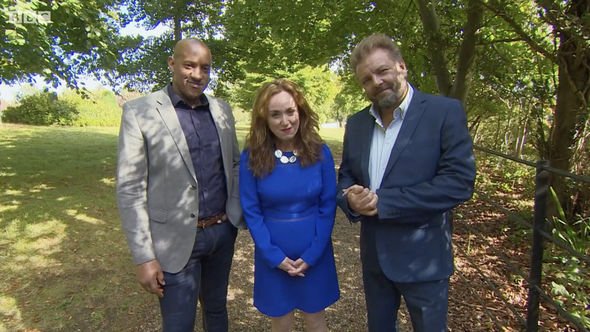 “Because of numbers or whatever we haven’t been as much down to Devon and Cornwall and so I’m looking forward to the fact that you know we will.

“As a result of the way the shows are changing and the way it’s being shot, we will get that diversity and places that we haven’t been to for a while.”

As for how this has impacted everyone working on Homes Under the Hammer, Martin explained: “It’s been a huge challenge for the team, trying to find a way to film it within COVID guidelines.

“[It’s] a show where you’re interviewing somebody, you go around the house with a cameraman. 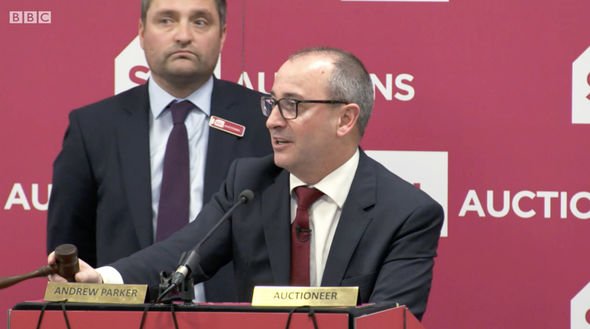 “It’s now just me and the cameraman.

“But because I’ve been doing the show for long and it’s actually cameramen who I’ve worked with since the start, we’re like it pretty well-oiled machine we’re managing and I’d like to think the viewer won’t notice any difference.”

As for the advice Martin has for those interested in buying an auction house or getting involved in property renovations, alongside Homes Under the Hammer, he independently runs property training courses – Martin Robert’s Property Education.

He told Express.co.uk: “I’m not only on tele talking to people about how to do it but also I do property training courses where we try and engage people on how to become professional property developers.

“I believe that people, especially now, having been through what we’ve been through, [are] looking for perhaps alternative ways to secure their income, just maybe making that change of life and doing some they’ve always wanted to do, realising that you don’t know what’s around the corner and life can throw anything at you.

“So want to go and live your dreams, and if you can get to those through financially through property, then why not give it a go, if you’ve always wanted to build your own house or renovate a house or move or whatever.

“A lot of people have taken this as a kick in the bum to do that,” he added.

“We all get we all get stuck in our little routines and to break out of that is naturally quite hard, but we’ve had change forced on us.”

Martin has developed a 3 day Property Training programme alongside Asset Academy – the leading provider of property education in the UK.

During these 3 days, students are taught proven strategies to enable them to benefit from property in a safe and secure way.

You can take a look at Martin’s Property Training course on his website here.

Homes Under the Hammer airs weekdays at 10am on BBC One.