MEGAN Barton Hanson showed off her stunning figure in high-waisted jeans and a cropped top last night in Manchester.

The ex Love Island star was spotted on a night out with pals looking gorgeous in the form-fitting outfit. 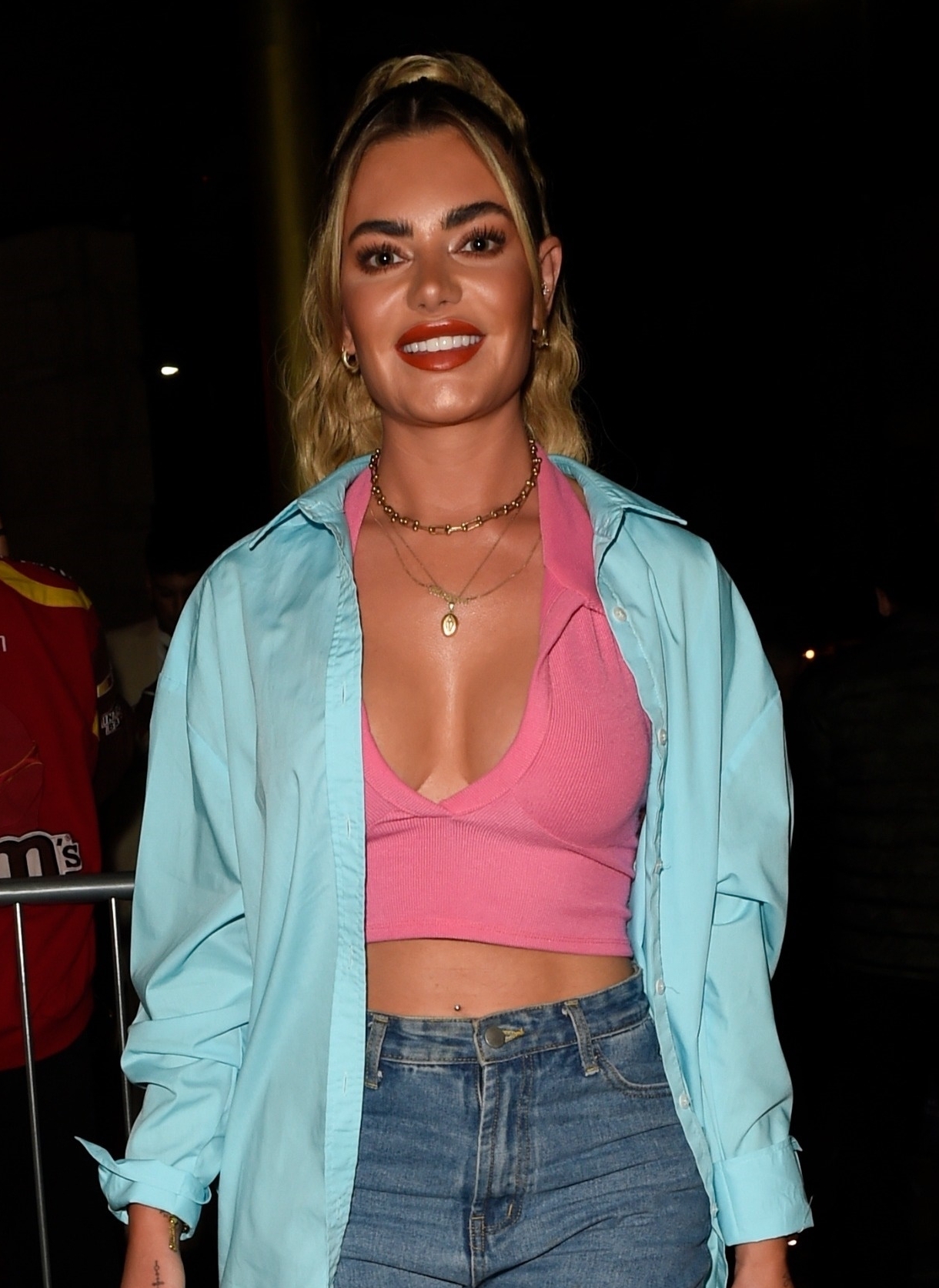 She teamed it a baby-blue shirt and chunky gold jewellery.

Megan, 27, swept her hair into a crimped ponytail to complete the look.

Over on Instagram, the reality TV star reunited with a pal inside the club.

The pair cast smouldering eyes at the camera as Megan flashed a hint of abs. 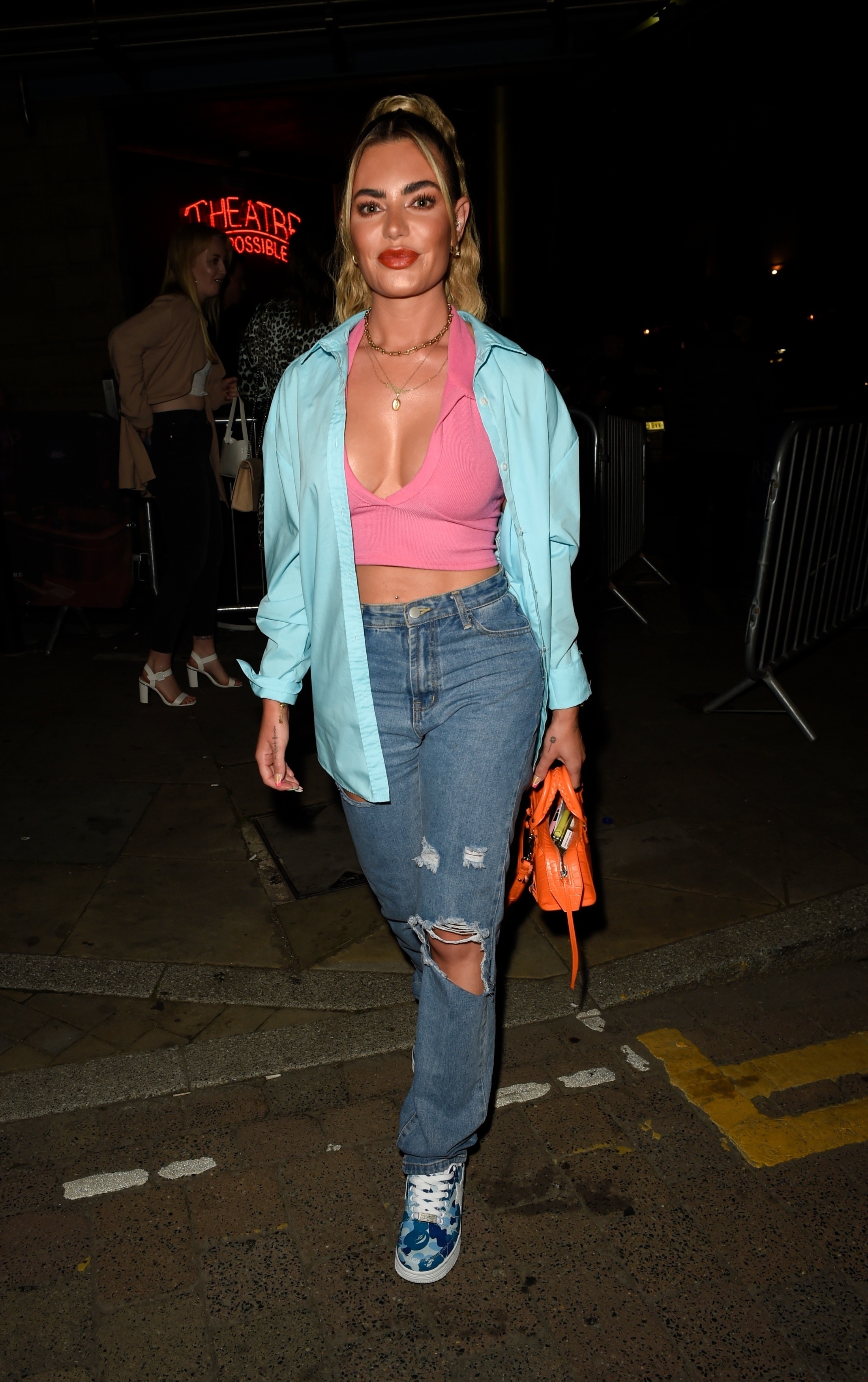 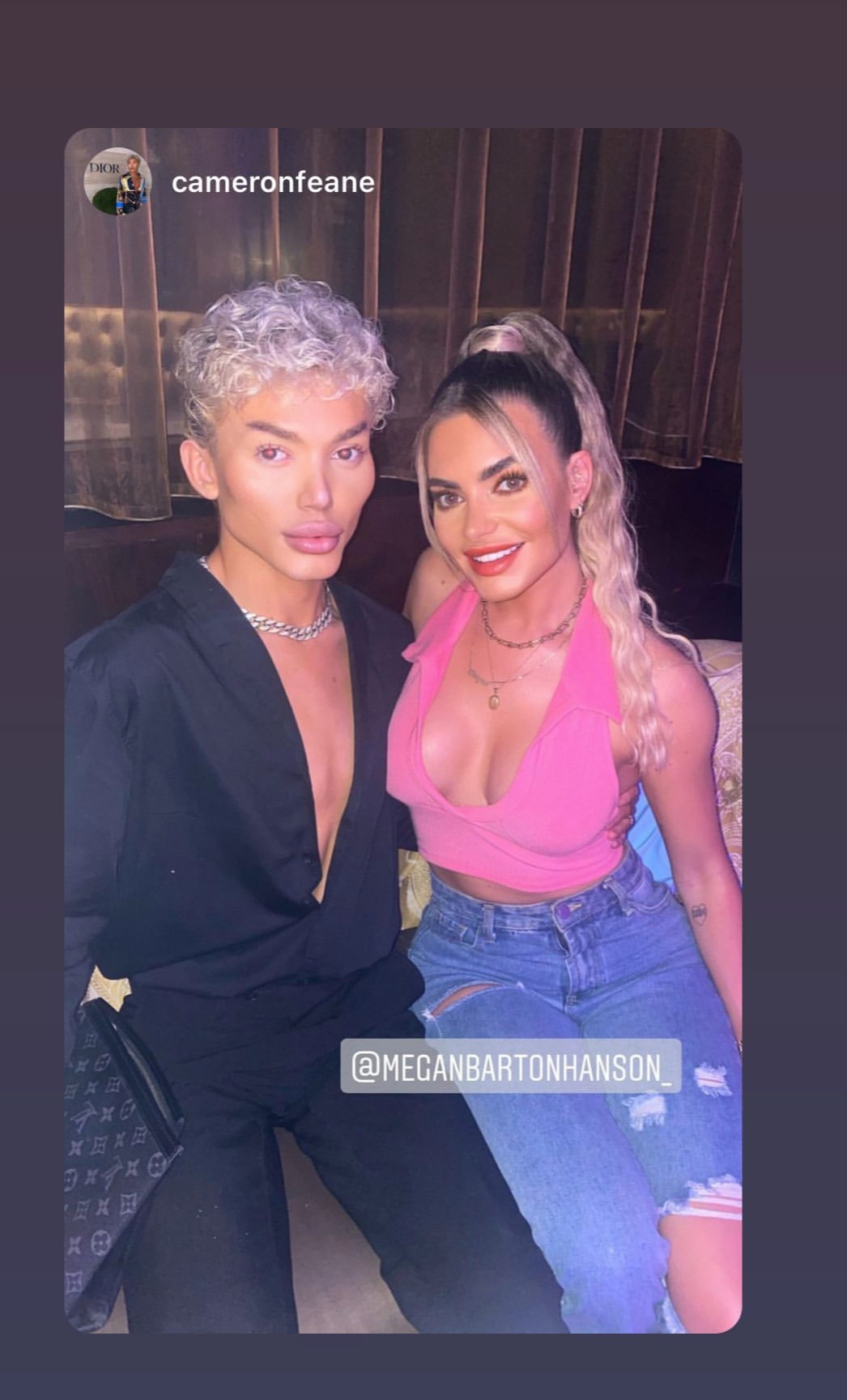 It comes as Megan revealed she would enter Love Island again if they made an LGBTQ+ season.

Since finding fame on Love Island, Megan has spoken openly about being bisexual and has dated Demi Sims and Chelcee Grimes.

Megan appeared on the ITV2 reality show in 2018 and ended up finishing in fourth place with then-boyfriend Wes Nelson.

She has now thrown her hat into the ring to make a show comeback, providing there are plenty of gay contestants to go round. 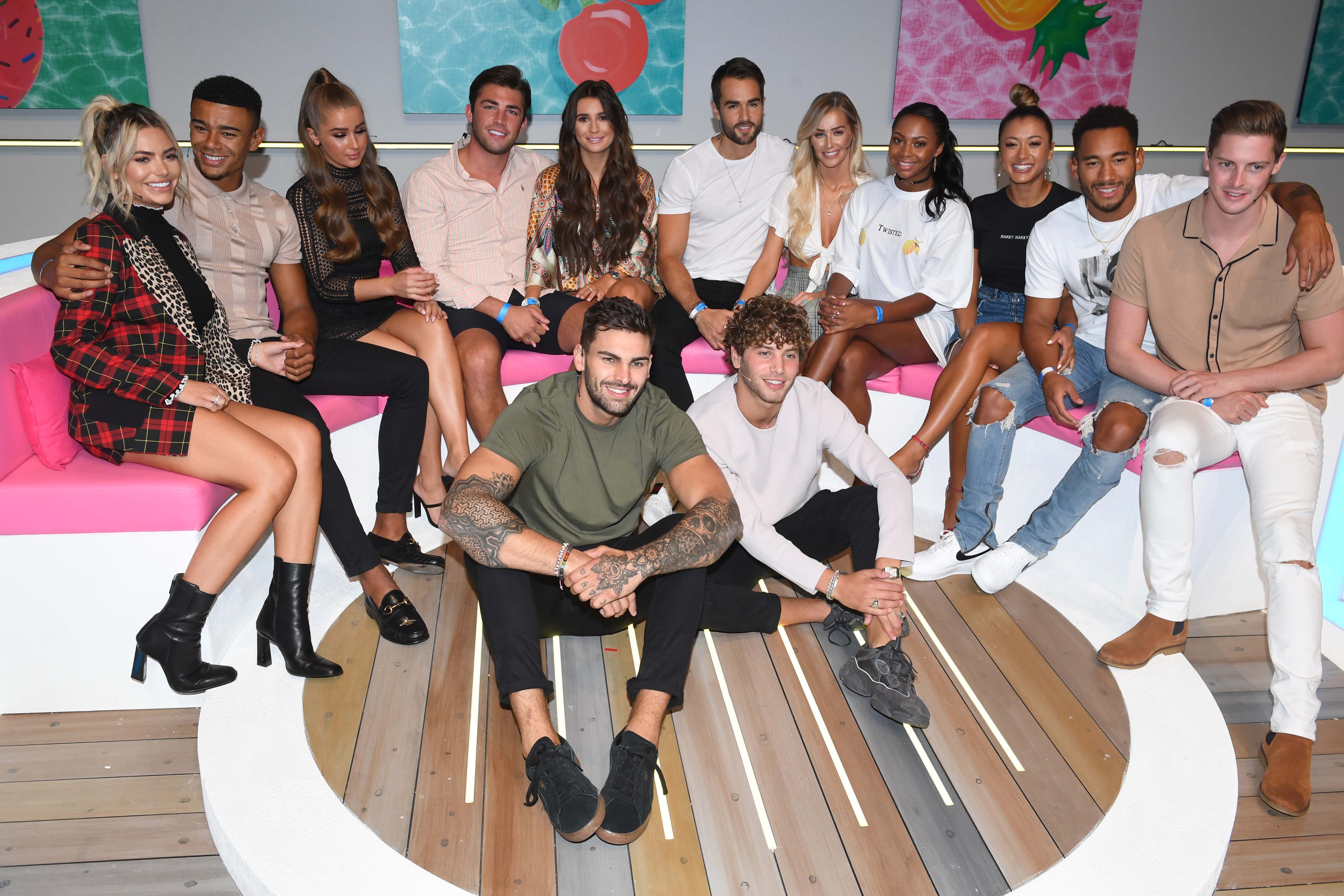 Speaking at the Cambridge Union, Megan said: "I think [Love Island] would have been a completely different experience for me if there'd have been gay people on the show.

"It didn't even enter my head, I just assumed that every girl on there was completely straight. 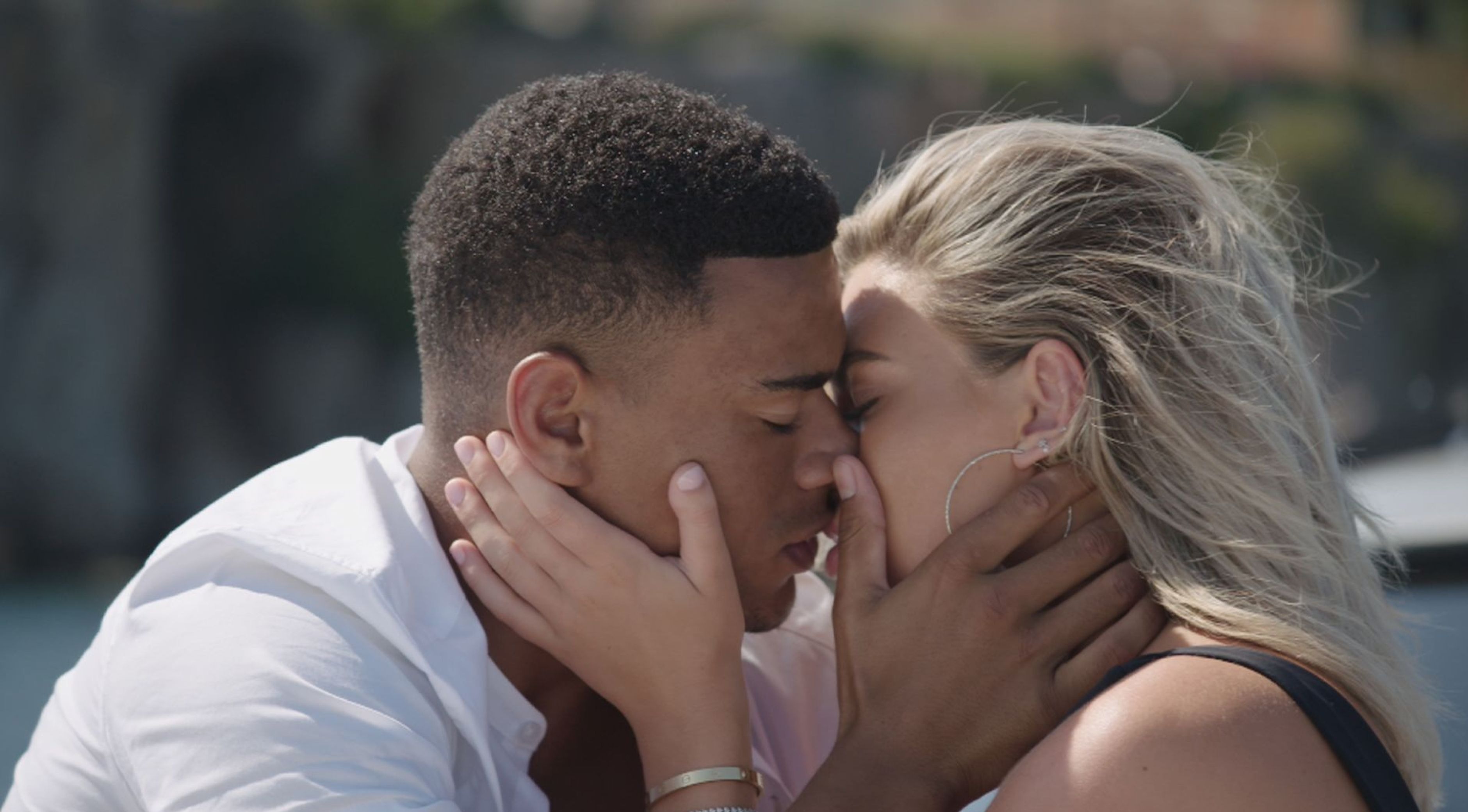 "Logistically, I don't know how it would work if they just chucked in a few token gay people in there. I feel like we need a whole gay series.

"If you're going to do it, do it properly. I mean, I'd definitely go back on there if there's a gay season!'"

Who is Lily Allen’s dad Keith Allen? – The Sun