Sir Ian Rankin’s creation Detective Inspector Rebus is returning to the page soon in the author’s 24th book in the series. Ian joined Naga Munchetty and Charlie Stayt on Thursday’s BBC Breakfast to discuss Rebus’ latest challenge as well as his own plans for the future. However, when Ian brought up he and his wife were planning a break next year, Naga surprised the author by branding her “awful”.

And the discussion didn’t start off the way any of them expected as Charlie told BBC viewers: “While Carol was talking about the weather, we were talking about jigsaws.

“Why was that I bet you’re thinking,” Charlie went on. “Sir Ian Rankin sits down on the sofa and the next thing you know, we’re having an argument about jigsaws.”

“What can I tell you? I could start an argument in an empty room,” the crime author joked. 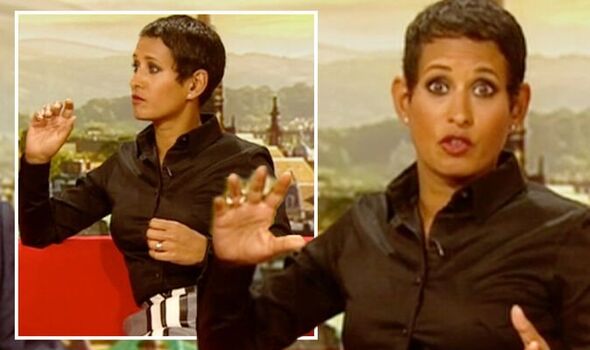 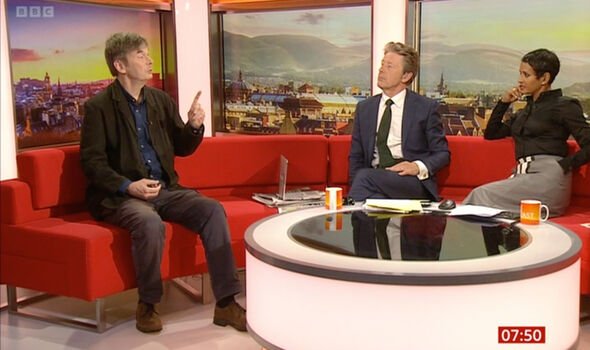 Charlie then asked Ian: “Are you just naturally argumentative?”

“There’s something about a jigsaw that drives me mad because I’m not good at them,” Charlie weighed back in. “But it just works for you does it?”

Referring to how they help him and his wife unwind, Ian replied: “Especially during lockdown. 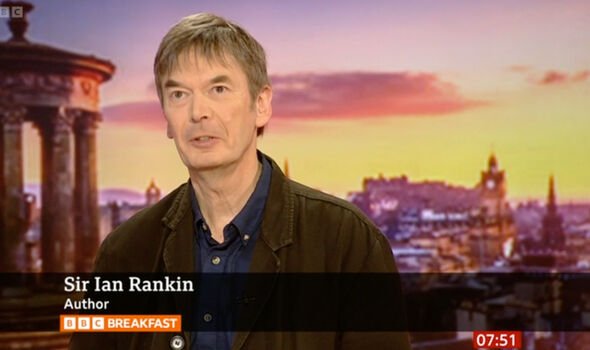 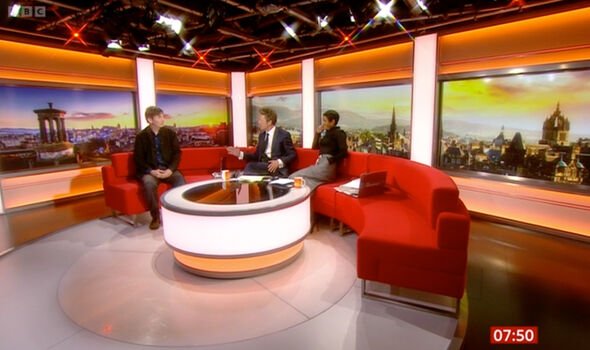 “My wife and I just found it was a good way of switching off, not thinking about Covid and stuff.

“My son would come around and he was part of our bubble, so the three of us could sit and do a jigsaw together and it became a sort of family thing.

“And always improving, because it was either art jigsaws or literary jigsaws.”

Spotting the chance to tie the discussion to his book’s release, Charlie quizzed: “Is it because fundamentally you’re good at puzzles? Is there a thing there?  You can work things out, you can plot things through.”

“And we’ve got – how many books now? 24? All about Rebus and his battles in Edinburgh’s criminal underworld. Millions of fans, obviously, and the new instalment does come out next week. This is your last one for a little while?”

Ian cheekily replied: “Well, my wife has said I’m taking next year off on pain of divorce because we were meant to take a year off and go travelling but Covid got in the way.

“So she’s said, ‘Look, next year, no writing, no festivals, no tours, just holidays’. So I’m kind of looking forward to that.”

Naga cut Ian off as she jibed: “She sounds like an awful wife, doesn’t she?”

Letting out a laugh, a surprised Ian replied: “No she’s great! And she’s done all the planning which is even better.”

“But she does want you to have a holiday and have a break,” Naga added with a smile as Ian revealed: “Yeah, but you know what, if I do get an idea for a story, I’ll be sitting there tweeting or something but I’ll actually be typing it into my phone.”

BBC Breakfast airs daily at 6am on BBC One.

‘RHOP’: After Losing Their Fortune, Juan and Robyn Dixon Are Building Their Dream Home

'RHOA:' Tanya Sam Does Not Want To Be a Full-Time Housewife