Netflix dropped season two of Narcos: Mexico recently as the gritty drama continued to chart the birth of the Latin American nation’s illegal drugs trade. Season two of Narcos sees the story picking up several months after the finale of the first cycle. The show once more followed drug lord Félix Gallardo (played by Diego Luna) as he carried on his ascent to the top as part of the Guadalajara Cartel.

However, enemies gathered all around him and tried to take him down in a bid to seize his territory.

This time around the US Drug Enforcement Agency (DEA) came down hard on the kingpins in Mexico after undercover agent Kiki Camarena (Michael Peña) was murdered by the Guadalajara Cartel.

Narcos: Mexico is rooted in reality as part of its depiction of the Mexican drug war and its bloody beginnings.

The show features real-life characters such as Gallardo and Camarena as well as fictional ones created for the purposes of the series. 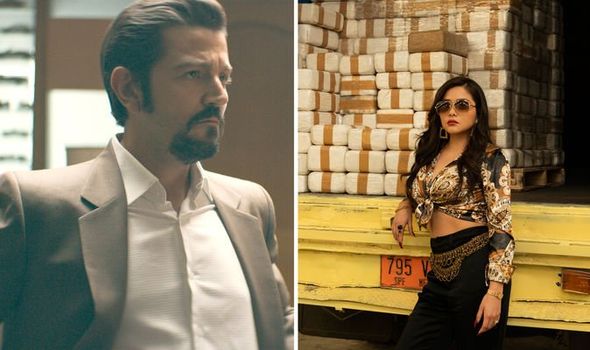 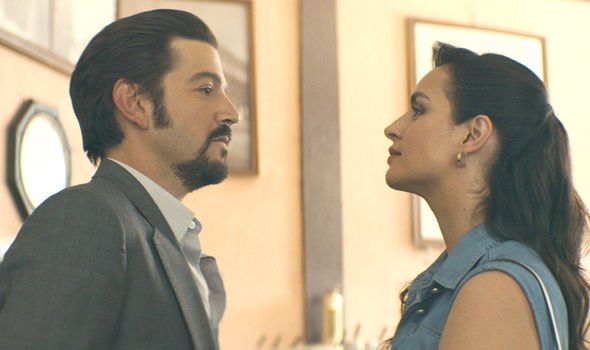 Initially, Narcos: Mexico was going to be a spin-off of Narcos, which concentrated on Colombian kingpin Pablo Escobar and his operations in the late Seventies.

Narcos ran for two seasons and followed DEA agent Javier Peña (Pedro Pascal) as he took on the Medellín Cartel.

However, Narcos: Mexico has become its own series with a distinctly different flavour but again adds context to the history of South America’s war on drugs.

Speaking to the New York Times, Luna said his character’s arc was “quite dramatic” and proved to be interesting for the actor to play out. 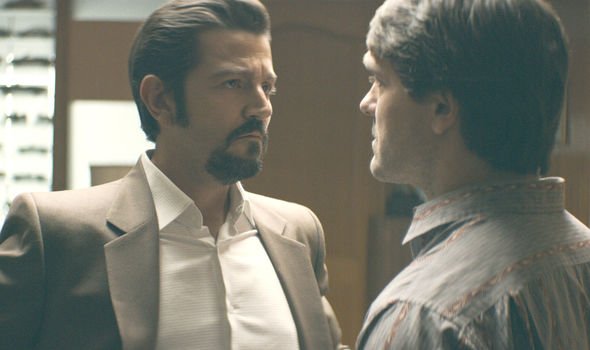 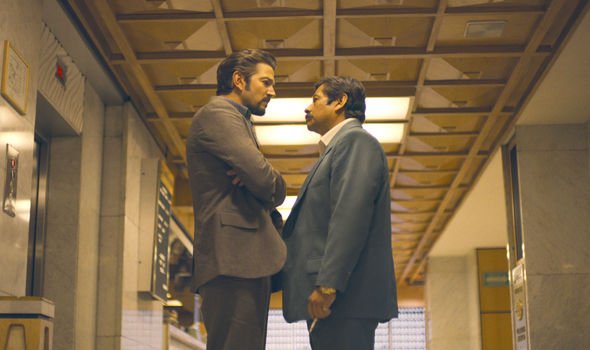 Luna explained: “Here’s a guy who starts with an ambition that nobody shared. And his desire is to build an empire, but it’s not about the power that he can have.

“It’s the power he can create, which doesn’t exist yet. He doesn’t want to take the position of someone else.

“He’s creating something that no one in his country knew was possible, and he’s seeing something no one else is seeing, which is how things are going to change and how crucial Mexico will become.”

He added: “At the start, I don’t think he knows what he really wants to be. He doesn’t see himself just as a drug dealer. He sees himself running the structure that allows drugs to reach the north.”

DON’T MISS…
Narcos Mexico cast: Who is Felix Gallardo’s wife Maria Elvira? [EXPLAINER]
Narcos Mexico real-life characters: What they look like in real life [PICTURES]
Narcos Mexico: Is El Azul based on a real person? Is he still alive? [ANALYSIS]

Season two debuted on the streaming platform on February 13, 2020 with all 10 episodes dropping at once for fans to binge watch.

The second outing came nearly two years after the first one, which dropped in November 2018 also with 10 episodes.

Both seasons one and two are available to watch exclusively on Netflix but you need a subscription to view the content.

Sadly, Netflix UK has scrapped its free 30-day trials now according to multiple reports from December 2019.

However, now you will have to get a subscription which can vary in price depending on which tier you opt for.

There is a total of three with the Basic and cheapest subscription costing £5.99 per month.

The intermediate Standard tier is £7.99 on a rolling monthly basis but gives you access to two devices which can stream content at the same time.

For £9.99 you can get the Premium tier, which allows subscribers to watch content on four devices simultaneously in HD.

The three tiers allow you to watch all the content available on Netflix UK with the only change being the number of devices you can use and whether HD is available.

'Below Deck Mediterranean' Season 6: Captain Sandy Reveals, 'Some Things Happen, and It Wasn’t Easy for Me to Navigate'