Cutis Delamere (Sam Retford) is rushed to hospital in upcoming Coronation Street scenes, after he collapses while working in the bistro.

The young man, who has a life-threatening heart condition, is rushed to hospital in an ambulance, as seen in this clip from the first of next Friday’s (September 3) double-bill of the ITV soap.

Emma Brooker (Alexandra Mardell) spies her beau in the back of the ambulance, and rushes to his side, desperate to know what’s happened.

‘He just sort of collapsed,’ reveals a worried Sean Tully (Antony Cotton), ‘I didn’t know what to do. I tried to ring you, but I figured I’d just wait until the ambulance got here.’

Emma, appreciative of Sean’s help, tells Curtis that she will meet him at the hospital.

‘Everything’s going to be okay,’ adds the barmaid, though it’s clear that she’s not so certain about that.

Curtis opened up about his heart condition in emotional scenes last month. ‘I was in school,’ he said to Emma. ‘I was playing rugby. I was running after the ball, and then suddenly I wasn’t. 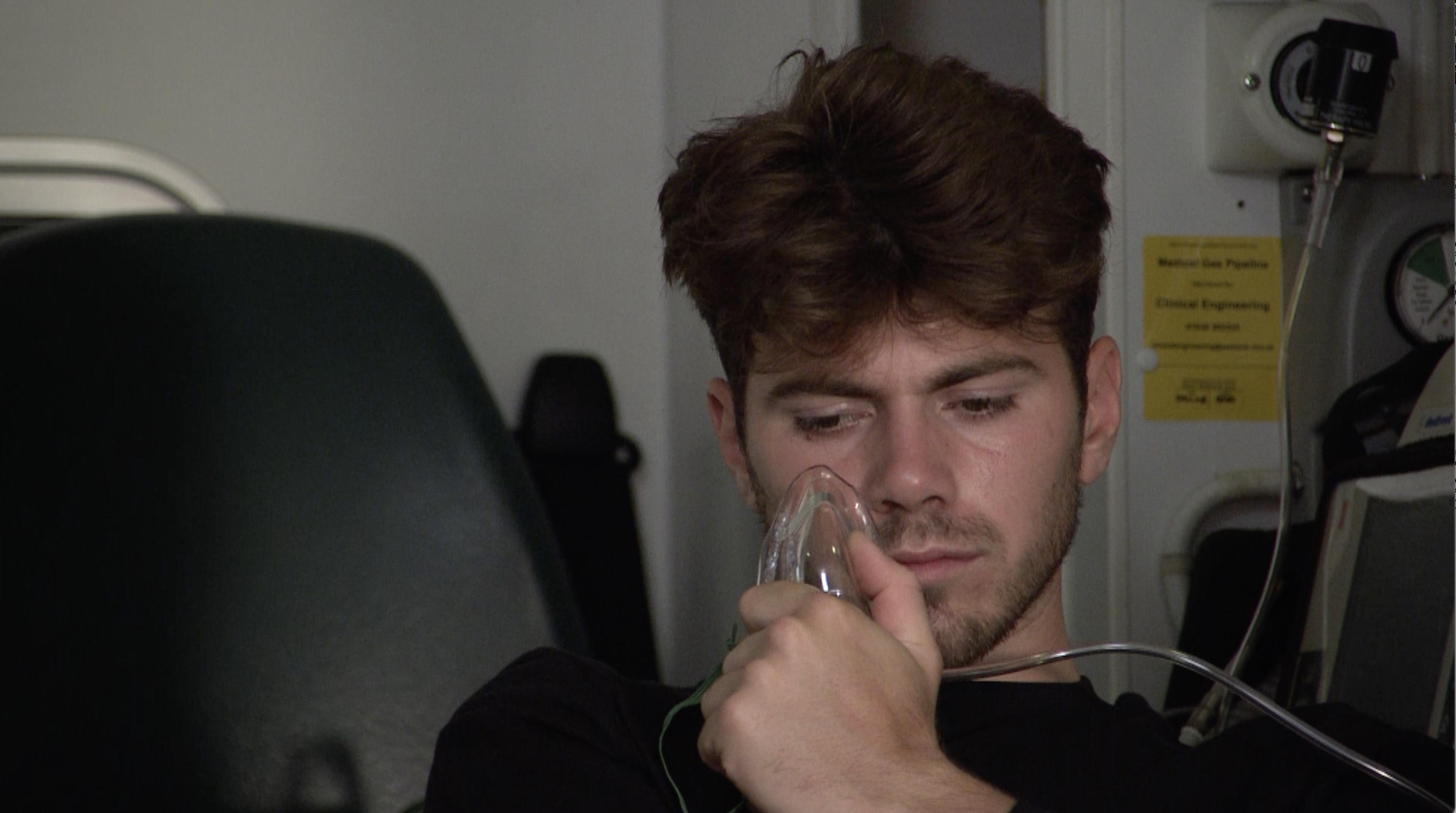 ‘Next thing [I knew], I was in hospital, recovering from the operation,’ he added, unbuttoning his shirt to reveal a scar on his chest.

‘I collapsed not that long ago. The doctors thought it was the same thing that my dad died of. HCM. Hypertrophic cardiomyopathy.

‘After the doctors ran some tests, they found some other symptoms that weren’t anything to do with HCM. Symptoms that they don’t understand. And more importantly, don’t know how to treat.’

Emma struggled to process all this information, and while she was angry at Curtis for lying to her, she knew she would support him no matter what, and the duo decided to make a proper go of their relationship.

Coronation Street airs these scenes on Friday September 3 at 7:30pm on ITV.