Guy Davidi’s film Innocence is haunted by the words of Israeli soldiers who did not survive their mandatory military service.

“Humans have an urge for destruction,” one of the soldiers notes, an indication of his deep skepticism about being forced to serve in the Israel Defense Forces. Another says, “The killing repulses me.” Whether they harbor misgivings or not, every Israeli – male and female – must serve in the military when they reach 18.

Innocence, which played at IDFA in the Best of Fests category, examines the psychic impact of militarization that suffuses Israel, affecting individuals and the country as a whole, in Davidi’s view.

“When you meet people who have served in the army, they are all injured,” Davidi tells Deadline. “We are an injured society.” 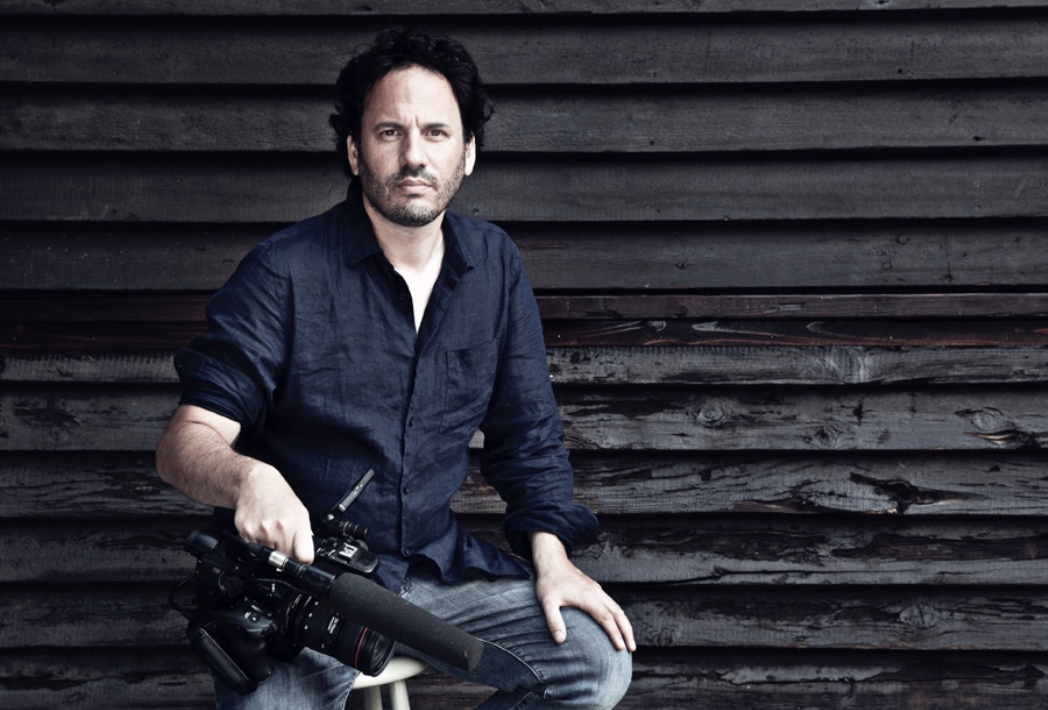 Davidi, who co-directed the renowned 2010 documentary Five Broken Cameras, worked on Innocence for a decade. The early years of the project were spent attempting to establish contact with families of soldiers who had killed themselves while serving in the IDF (according to the Times of Israel, suicide was the leading cause of death among active military in Israel in 2021 and 2020). A number of these families shared writings and videos of their loved ones, archival materials that became the driving elements of the film.

“My idea was to tell the story from their perspective,” Davidi explains, “so not filming interviews or anyone talking about [the soldiers], or professionals, just to let them speak, tell the story.”

The words of 20-year-old Halil Givati Rapp are among those that reverberate in the film. He wrote in his diary, “This world is full of evil, exploitation, injustice, and pain. Once I joined the army, I became a part of what creates this.” 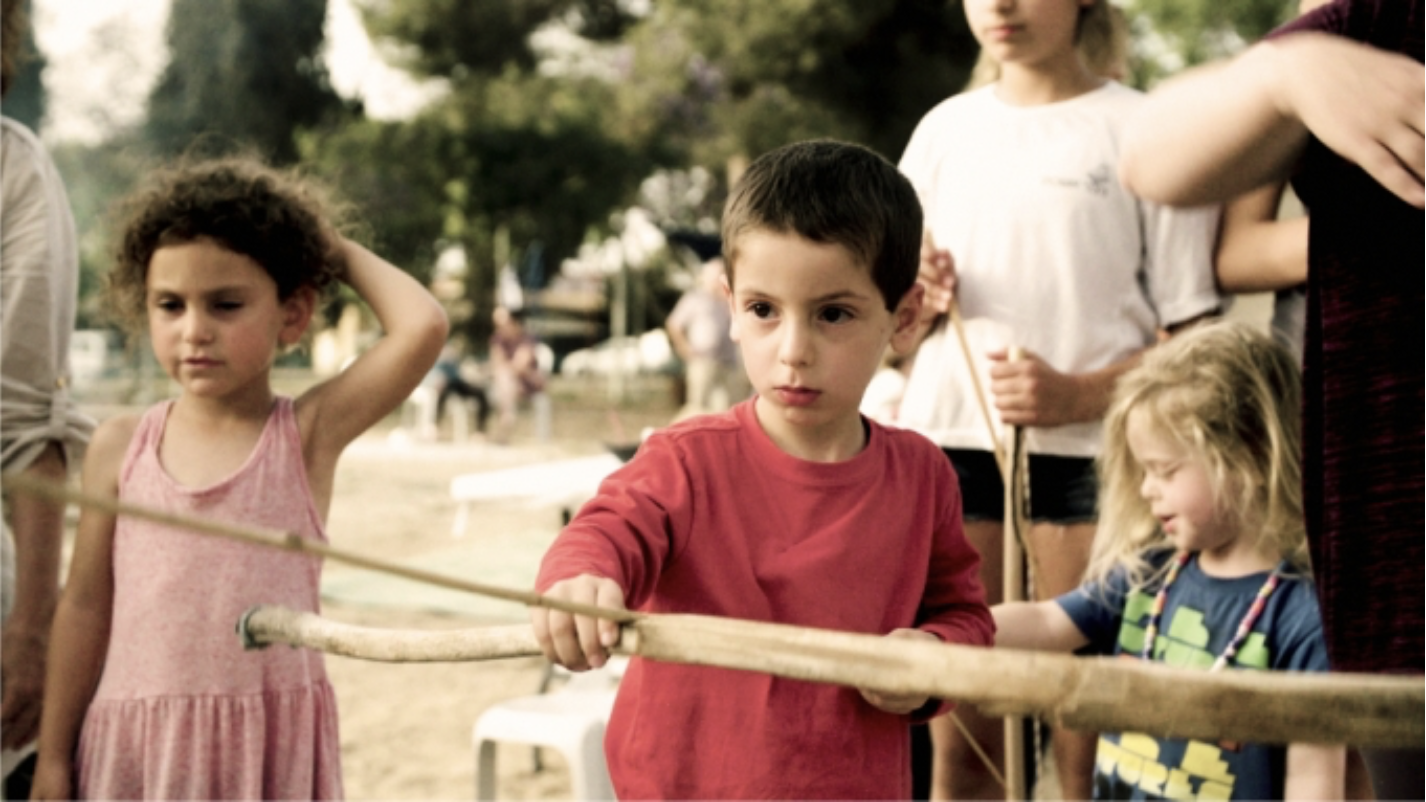 Throughout Innocence, Davidi weaves scenes of Israeli children in school or at play. Stray moments communicate the degree to which children, from a young age, are swayed to think of their country in militaristic terms. For instance, in one scene at a fair, soldiers demonstrate their weapons to kids, and children are offered the chance to get their faces streaked olive green with camouflage paint. Davidi filmed another scene of small children in class taking part in an art project.

“The [teacher] was instructing the young kids, four-year-olds, to paint,” Davidi recalls. “[She says], ‘You can paint whatever you want. Feel free to imagine. But green is good for uniforms and for the military.’ I think in the first 10 years of your life… you’re suggested, you’re being conditioned but you’re not yet forced from that age” to adopt a militarized mentality.

Davidi filmed a scene in a classroom setting where a girl of about 10, Elad, tells a young man who’s in the scouts that she’s not interested in joining the military. The scout tells her she won’t have any choice in the matter — she will have to serve once she reaches 18.

“The moment where he tells her, yes, everybody has to do that, she’s shocked,” Davidi says. “And that was a non-directed scene, a complete surprise to me. You could actually say that everybody goes through those moments in one way or another at a certain age. I was just lucky to catch it as it happened to her — quite late, by the way, because most kids at her age would by then know that they have to do military service.”

Davidi is deeply troubled by the compulsory nature of military service. 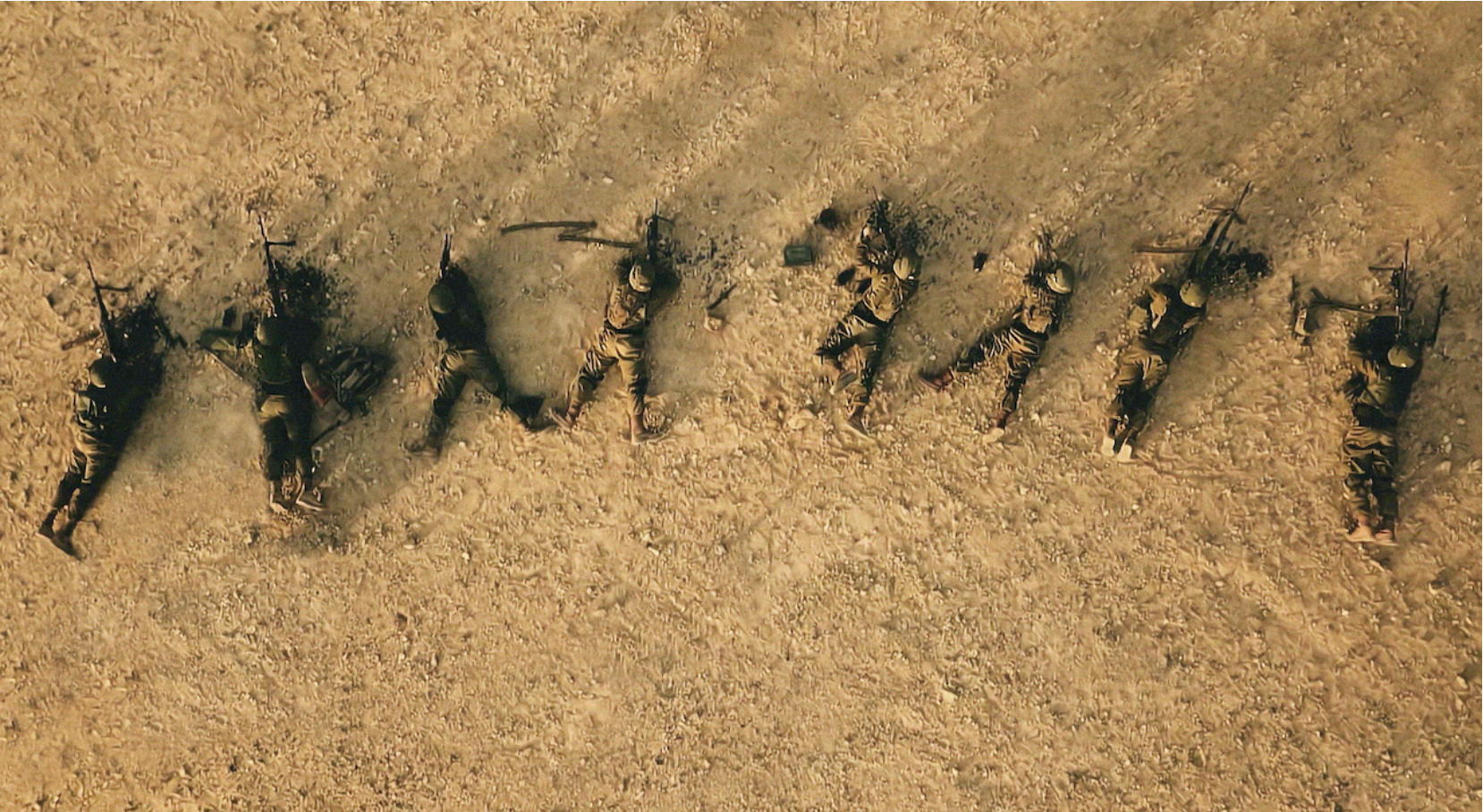 “It’s the right of every person not to hold a gun and not to be forced by a country [to do so]. By the way, in every country and every situation, I am against it,” he comments. “I think it’s something that we as societies should just not [do]… I’m not happy to see people forced to do that, because that’s a violation of human rights, for me, the right to not hold a gun against someone else… It’s your right not to hurt someone, not to kill someone.”

Davidi enrolled in the army at 18, hoping he might be placed in a “back unit” where he perhaps could be assigned to filmmaking duties. Deep regrets assailed him immediately.

“The first few days,” he recalls, “you feel like, ‘What have I done to myself?’ …When you’re holding a gun for the first time — I can connect to my own experiences — when you get this piece of metal in your arms, something in you changes. And even if you’re not aware of it, I think something in you changes because suddenly there is a big meaning to what you are doing and what your actions are.”

Israel’s strong military posture has persuaded its people that might is right, Davidi suggests. The militarized point of view can express itself in a variety of ways, he says.

“To grow, to make your military stronger and bigger, it means that more people are involved with the military, more involved with government, with security. It changes the way they perceive international relations, for instance,” he observes. “I don’t think we [place] a lot of value into diplomacy as a country… They are good at using diplomacy as part of our security tactics and as part of our military tactics. I think that’s also a price that other societies can risk, when you get addicted to your power and to solving issues through force.” 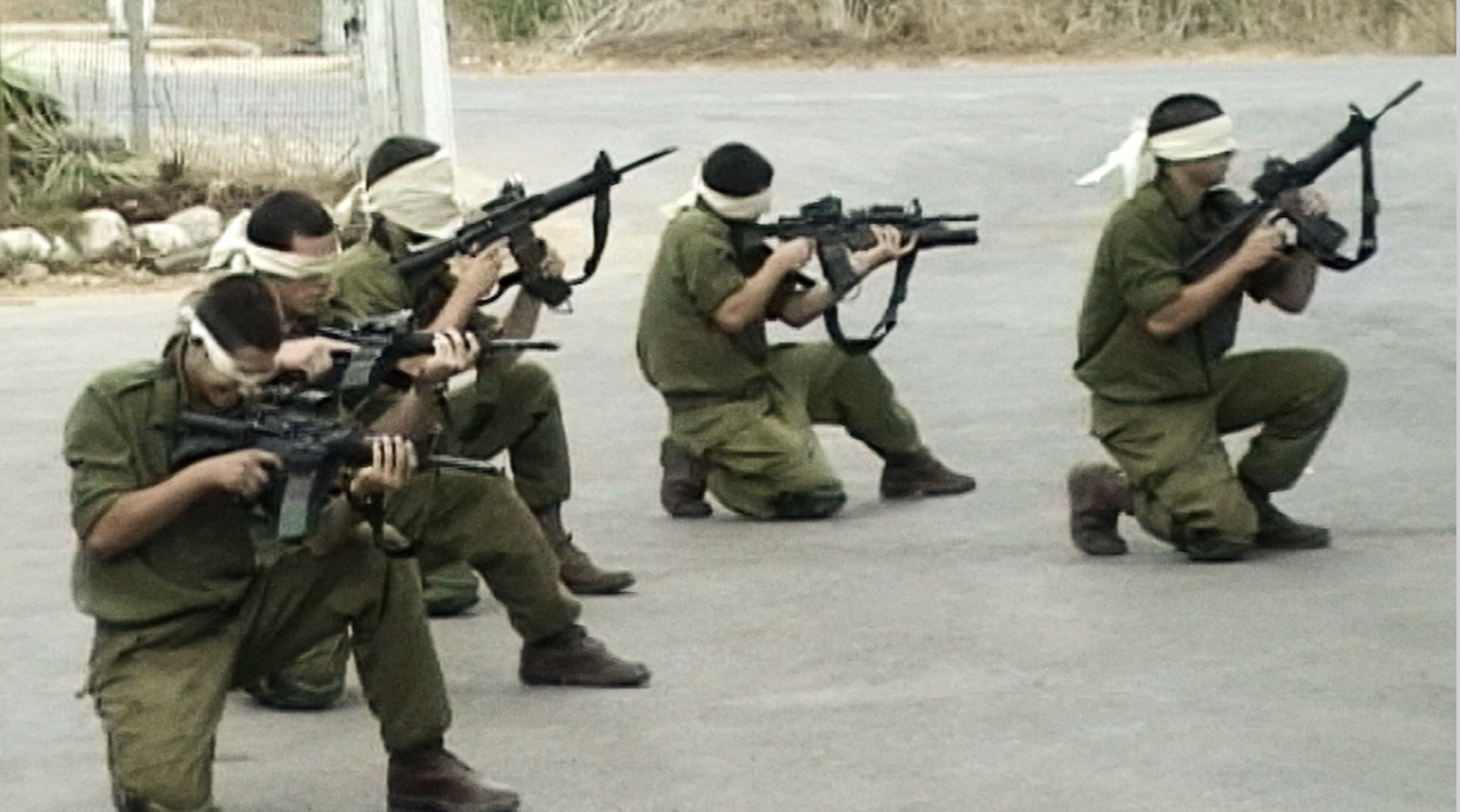 Davidi is troubled by the depiction of the IDF in entertainment media as an invincible force. These depictions are exported to other countries, including the U.S., where they influence attitudes, he says.

“I am just surprised… how much Israeli military is portrayed in American film, television. Fauda is a big TV series on Netflix and creates an image of a strong Israeli society because of the military. And that, to me, is immoral. If you’re in the science fiction world or whatever, that’s fine — but we’re talking about the reality of lives of people and to just remove what it means to have a militarized society and just present Israel as a successful society because of the military service, because they are strong, because they are controlling their own fate, just for me, it’s a distorted thinking.

“And unfortunately, a lot of people, especially those who are connected to Israel,” Davidi says, indicating he means American Jews, “they buy this image, strangely. They think that this is a positive image of a successful country.” 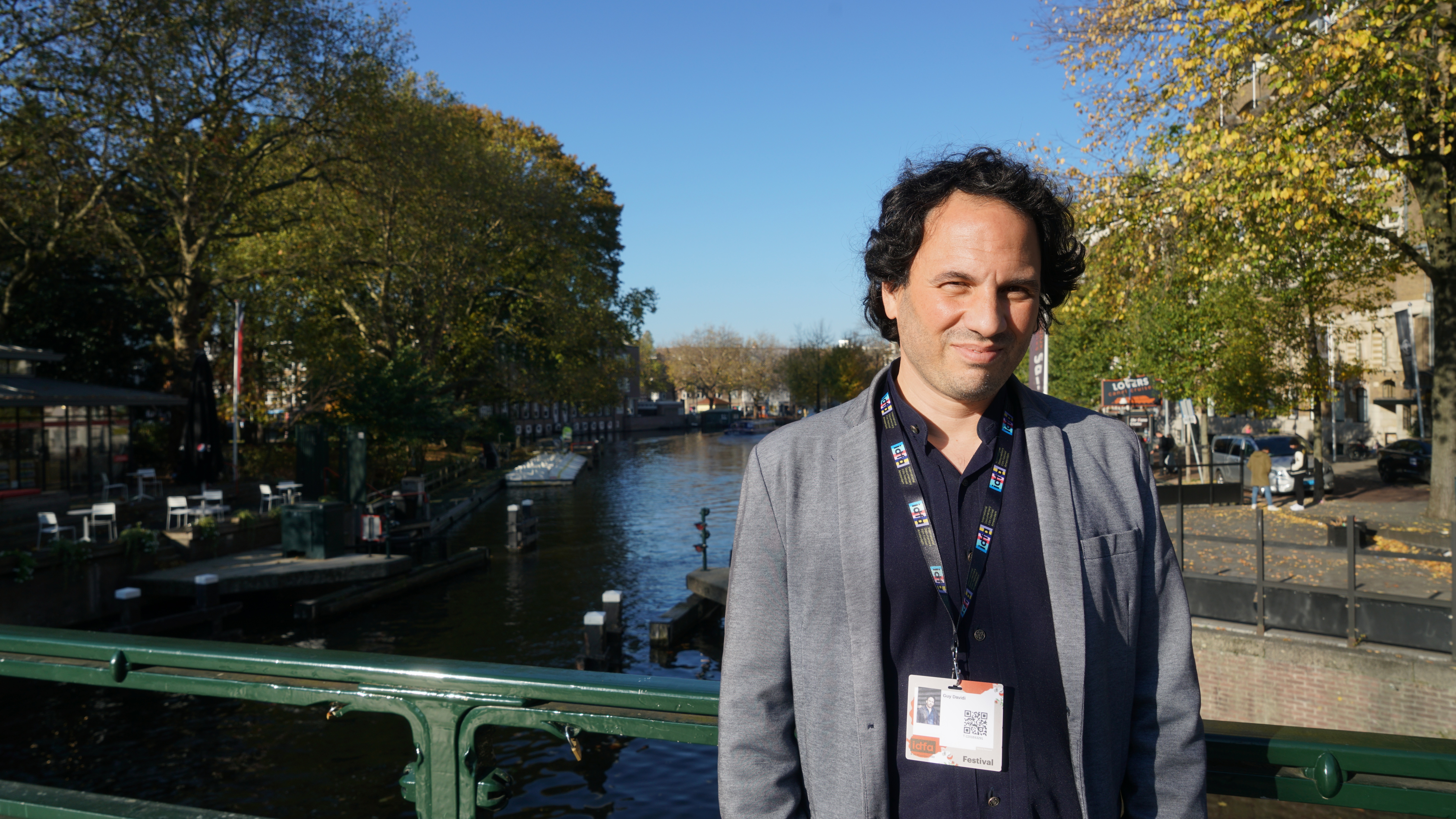 Innocence premiered at the Venice Film Festival in September, but hasn’t debuted in Israel yet.

The director is not so sanguine about the potential reaction to the film by some American viewers.

“I think the biggest challenge for us is the American audience, because of the huge support that American Jews specifically have towards [the] Israeli military, together with the idealism about what the military is,” he says, “to the point that I am not sure even the film will end up reaching American audiences.”

Autlook is handling international sales of Innocence. Davidi directed, and co-edited the film with Maja Friis. Sigrid Dyekjær and Hilla Medalia produced. Cinematography is by Davidi and Avner Shahaf. The score is by Snorri Hallgrímsson. 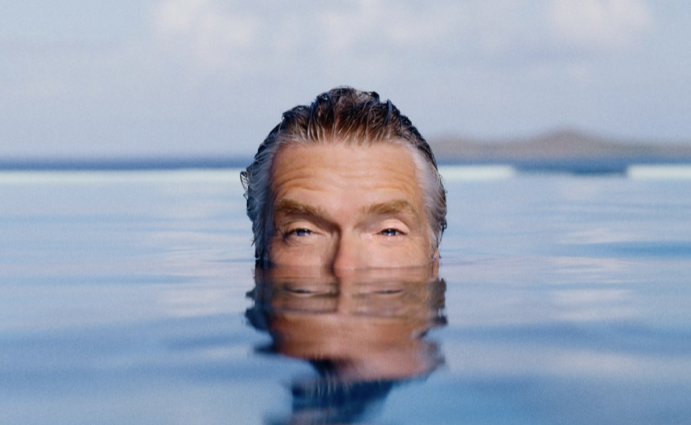