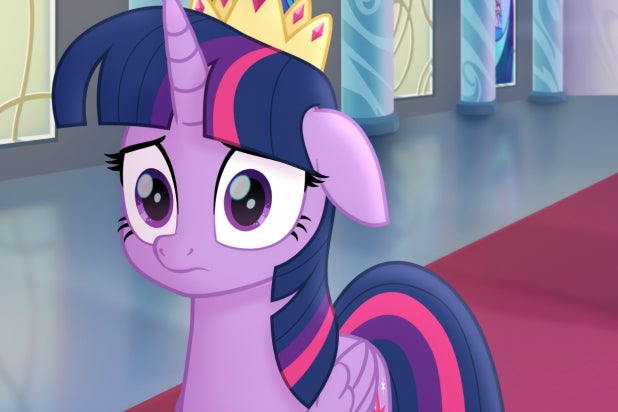 The “My Little Pony” movie is skipping theaters in favor of a streaming debut. The adorable little horsies of Equestria will (Rainbow) dash to Netflix “later this year,” a person with knowledge of the plan told TheWrap.

The movie was originally going to be distributed by Paramount Pictures and had a theatrical release date of Sept. 24, 2021. We do not know yet if that early fall date will remain for Netflix’s launch — we just know “My Little Pony” will bow on the streaming service in ’21.

Here’s the logline: After a decade of heartwarming friendships, daring adventures, and endless laughs, the beloved pony world of Equestria is expanding to introduce a new generation of ponies to a new generation of fans. With even more humor, heart, and adventure, audiences will be swept away to a contemporary and immersive pony universe brought to life like we’ve never seen it before.

2017’s “My Little Pony: The Movie,” which was distributed by Lionsgate, grossed $60 million at the worldwide box office against a $6.5 million budget.

Paramount’s own streaming service Paramount+, which is really just a fancy rebrand and expansion of CBS All Access, is set to launch on March 4, 2021.

Hasbro’s eOne has been busy adapting the toy manufacturer’s top I.P. since being gobbled up in late 2019 for $3.8 billion. The most recent example came just yesterday when broadcast network Fox announced it was developing a TV series based on Hasbro board game Clue.

Variety first reported the news that “My Little Pony” would be skipping theaters for Netflix.

When is Frozen 2 on to Disney Plus in the UK? – The Sun