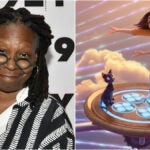 The “Shrink Next Door” podcast, written and hosted by Joe Nocera, premiered in March 2019. Produced by Wondery and Bloomberg Media, the true-crime podcast was an instant hit and went on to win a Webby Award for documentary podcast in 2020.