Home » TV and Movies » Phillip Schofield hits out at coronavirus panic as family locked up – ‘Is this hysteria?’

Joining Phillip Schofield and Holly Willoughby in the This Morning studio was journalist Nick Ferrari and Dr Yaso Browne to discuss the latest surrounding the coronavirus or covid-19 case sweeping the world. Ahead of crossing live to Prime Minister Boris Johnson press conference, the show had sent consumer editor Alice Beer to the Wirral to speak to a family which had been stuck inside their house since returning from holiday after Public Health England had advised them to self-quarantine despite showing no symptoms.

The family in question had said they were advised to stay inside their house and were having daily calls from Public Health England.

Alice stood outside the front of their house and spoke to them through the glass window, while the mother, Lorraine, video called the show from inside the property.

She confirmed neither herself, her two sons, daughter or husband had any symptoms.

Her eldest daughter joined Alice outside the property and explained how she had been forced to moved out of the house as she had not gone on holiday with the rest of the family.

As a result, she was delivering their food supply daily.

Lorraine explained: “Initially it was quite nice but the novelty has quickly worn off… we’re like caged animals, it’s shocking.” 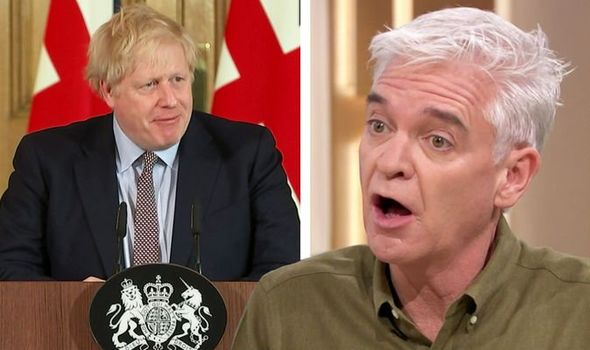 Those watching the interview at home took to Twitter with their thoughts.

One said: “Absolute STATE of this segment on #ThisMorning. Interviewing quarantined people through the windows.”

“Was there any point in having Alice stood outside the window they could have just skyped the studio #thismorning,” another added.

Someone else asked: “Whose idea was this?? #thismorning.”

“Could they not have just spoke to her on the phone? Why feel the need to film inside the house? #ThisMorning,” a fourth remarked.

While one viewer wrote: “That’s f*****g pointless filming outside their window #ThisMorning.”

“Honestly #thismorning are interviewing a self-isolating coronavirus family through their living room window,” someone exclaimed. 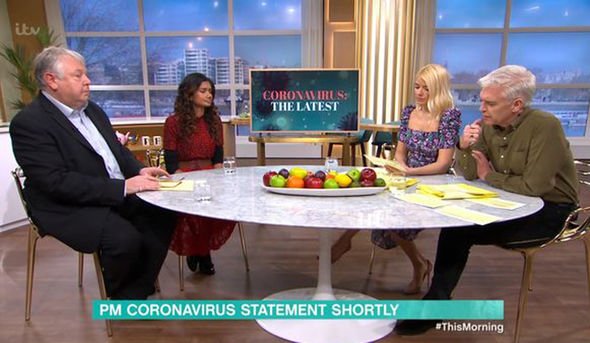 Returning back to the studio, Phillip said: “A lot of people could look at this and say, right ok there have been 39 cases in the UK, yet streets are empty, people are shut in their houses, supermarket shelves running out of toilet paper and essentials and things like that.

“Is this hysteria?” And Dr Yaso replied hesitantly: “I think it’s too early to say.”

“The media has a difficult job here,” Nick interjected. “We have to inform, but you don’t want to panic.”

“It’s what we do from now, I think we’re learning more and more each day about it [coronavirus],” Dr Yaso added.

“All sorts of facts coming out, we’ve just heard at the peak of the iris, 20 percent of the workforce could be off sick,” Phillip said. 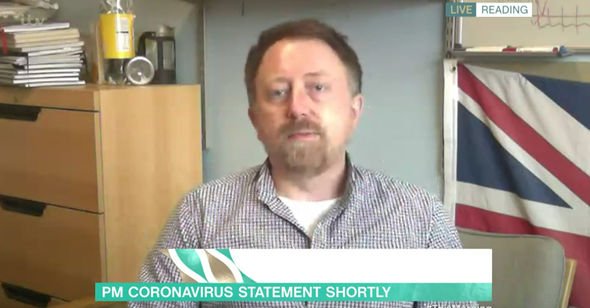 It comes after the Prime Minister announced a four-prong action plan the government has created in order to deal with coronavirus.

Johnson said: “Let me be absolutely clear that for the overwhelming majority of people who contract the virus this will be a mild disease from which they will speedily and fully recover as we have already seen.

“But I fully understand public concern, your concern, about the global spread of the virus and it is highly likely that we will see a growing number of UK cases and that’s why keeping the country safe is the government’s overriding priority, and our plan means we are committed to doing everything possible, based on the advice of our world-leading scientific experts, to prepare for all eventualities.”

The Prime Minister said it is “highly likely” the UK will see a growing number of coronavirus cases, but stressed that “our country remains extremely well prepared as it has been since the outbreak began” in Wuhan several months ago, adding that people should continue to go about their business while also washing their hands more often.

This Morning had invited a virologist to discuss the symptoms and treatments.

He said: “If people have mild symptoms, just stay at home until it resolves itself, like you do when you’ve got a bad cold or flu.

“For the more severe cases, people will be hospitalised and their symptoms will be treated, they might be ventilated – that’s a pretty serious thing.

“For most of is, the main intervention will be paracetamol and rest, I think,” he added.

This Morning airs weekday mornings at 10am on ITV.

'Counting On': Jessa Duggar Claps Back at a Fan Who Criticizes Her Boys' Haircuts