Power Book II: Ghost came to a jaw-dropping finale after the unexpected death of Zeke Cross (played by Daniel Bellomy). With fans eagerly awaiting the premiere of season three, Monet Tejada (Mary J Blige) could return to screens as a shell of her former self with a potential downfall on the horizon.

Monet was introduced in season one as the firm, queen pin matriarch of the Tejada family business.

She was feared and respected by her children and those she did business with.

Monet took the reins of the Tejada drug cartel after her husband Lorenzo Tejada (Berto Colon) has been sentenced to 25 years in prison.

However, following his unexpected release during season two, Monet began to lose grip of the things that kept her on top, her family and the business. 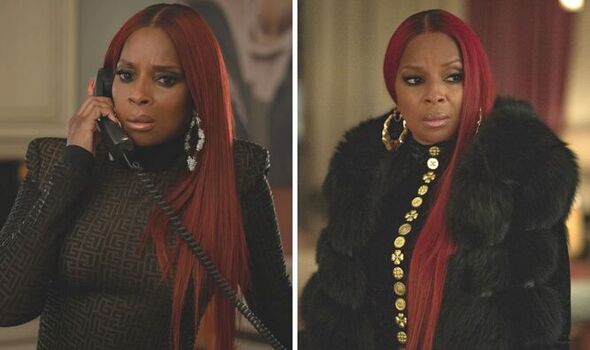 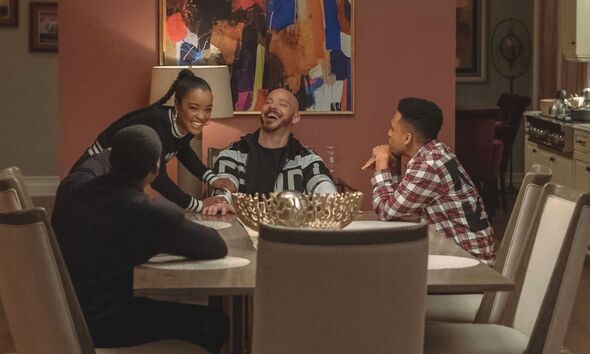 With season three’s highly anticipated premiere, it looks as though Monet’s life will continue to take a downward spiral.

Deadline revealed actress Caroline Chikezie will make her debut appearance in the upcoming instalment as a woman named Noma.

They reported she is “a worldly and powerful woman with a regal presence who has built her wealth with an illicit global empire and is not afraid to protect it by any means necessary”.

As another wealthy businesswoman willing to pull out all the stops, Noma could be a worthy rival for Monet. 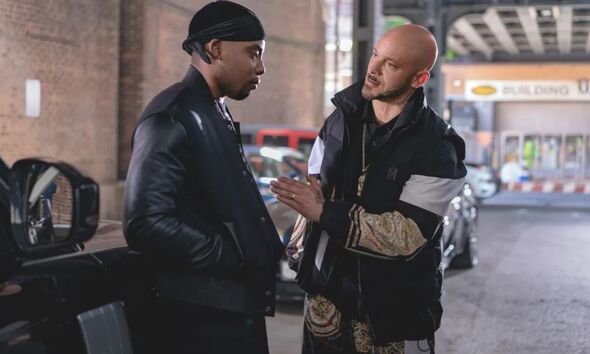 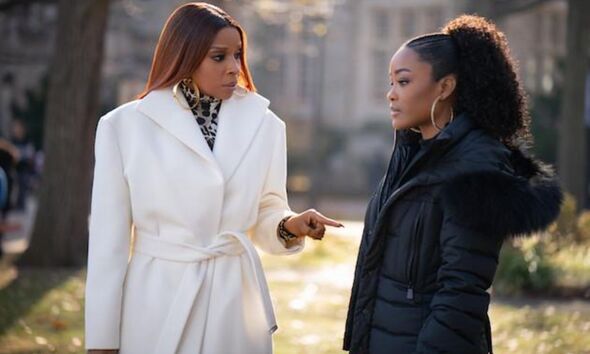 Throughout the series, Monet has spearheaded her business dealings with men and has yet to come across another woman in the same illicit industry.

However, considering how things ended for the matriarch it’s unlikely she would come out on top if she was up against Noma.

Following Lorenzo’s release, he automatically took over the business, despite Monet’s deals or prior agreements and refused to take any of her advice.

She was also blinded by her son Cane Tejada (Woody McClain) who betrayed the family and began doing business with her ex-lover Mecca (Daniel Sunjata), bringing him back into her life.

Her second son Dru Tejada (Lovell Adams-Gray) shifted his focus from the business after becoming infatuated with his lover Everett Neal (Bradley Gibson).

Dru also began to despise his mother after he was shot after Monet sent him to confront her business associate Lil Guap (Marcus Anderson Jr).

As for her daughter Diana Tejada (LaToya Tonodeo), she began to despise Monet after she forced her to focus on the family business instead of going to college.

However, things took a turn for the worse between the pair when Diana dropped a bombshell during dinner and revealed Zeke who was thought to be Monet’s nephew and their cousin, was in fact her son with Mecca.

With her family spiralling out of her control, a confrontation with Noma could threaten her downfall.

As well as the main cast reprising their roles and the addition of Caroline, season three will also star Gbenga Akinnagbe and Kyle Vincent Terry.

Deadline added Gbenga would portray Ron Samuel Jenkins, “a Howard University and Harvard Business School alum who grew up working class and built his own legitimate empire that has firmly entrenched him among the business elite”.

While Kyle would play Obi, “a young man schooled in Britain who knows his way around a gun, but is equally comfortable in a boardroom”.

Emmerdale spoilers: Victoria Sugden devastated after she spends the night with Luke