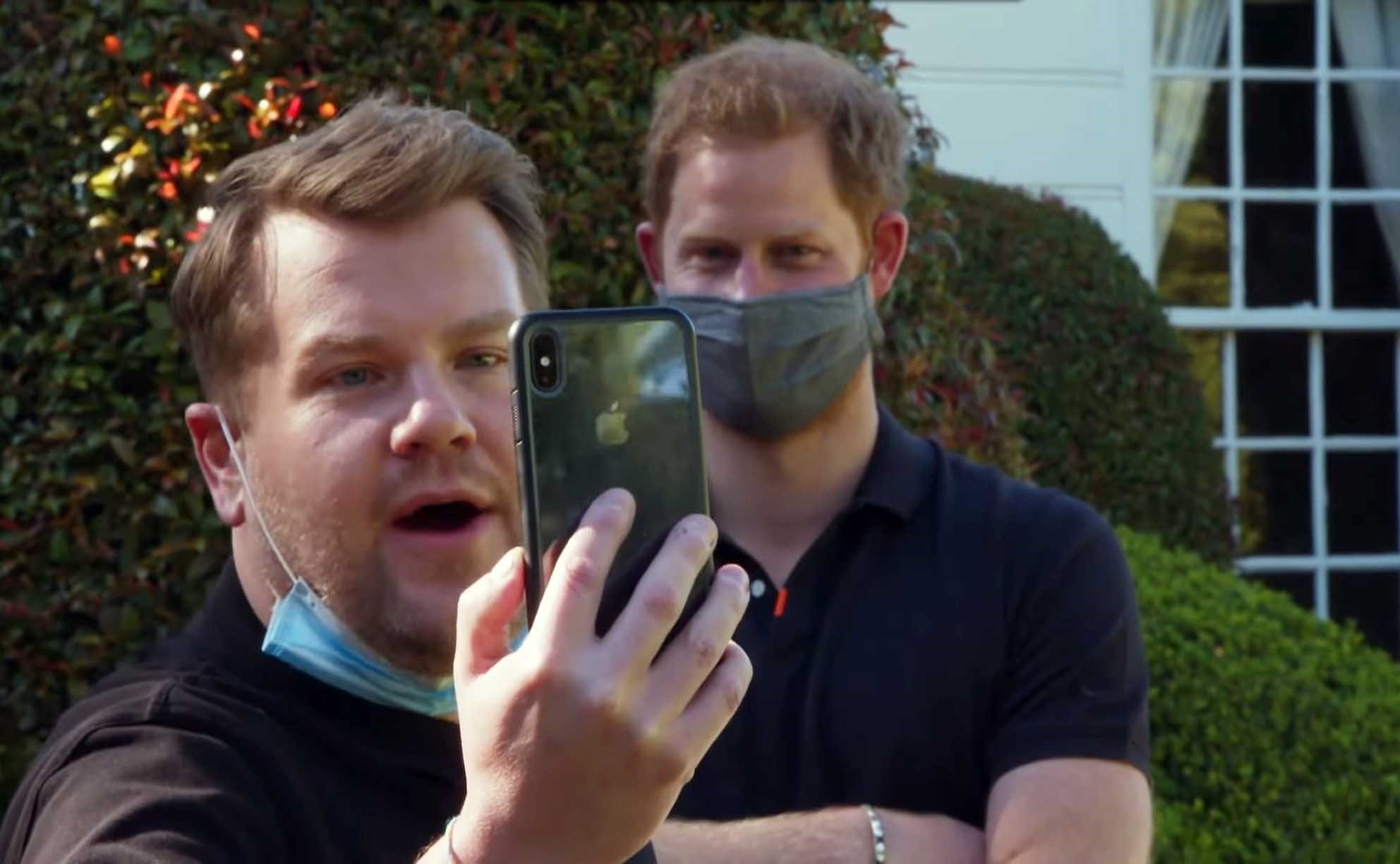 James Corden has revealed how he booked Prince Harry for his surprise interview on The Late Late Show, with the royal hoping he could help ‘cheer everybody up’.

In late February this year, a week and a half before the Duke and Duchess of Sussex’s interview with Oprah Winfrey was broadcast, The Late Late Show aired a segment that saw Prince Harry and James ride a double decker bus and take part in an obstacle course.

Prince Harry was incredibly candid during their conversation, speaking about his decision to step back from senior royal life and saying: ‘I will never walk away, I will always be contributing. My life is public service.’

While Prince Harry’s sit-down with James – his first since his move to California with Meghan and their son Archie – may have come as a surprise to some, the pair were already on friendly terms, with James having performed at the duke and duchess’ wedding in 2018.

During a recent FYP virtual panel event hosted by Drag Race head judge RuPaul, James explained how he and Prince Harry have been in contact since the royal wedding.

He said that Prince Harry has continually offered to ‘do something’ on The Late Late Show, eventually contacting James after their move to LA.

Late Late Show executive producer Ben Winston added: ‘He said, “We’re coming out of lockdown, I’m in LA, do you think we should plan something fun to almost cheer everybody up in a way.”

‘And then, obviously, as soon as you say something like that to us and our team, our brains go crazy.’

James joked that ‘there was a certain time in London if you went out long enough and ended up drinking long enough, you’d probably bump into Prince Harry once in a while’, much to RuPaul’s amusement.

In one of the most entertaining parts of James’ interview with Prince Harry, they visited the famous mansion featured in the 1990s sitcom The Fresh Prince Of Bel-Air, with the duke rapping the theme tune originally performed by Will Smith.

Much to the surprise of the real-life residents of the house, Prince Harry went in to use the bathroom, before he and James video-called Meghan.

Why did Selena Gomez get a kidney transplant?

'90 Day Fiancé': Loren Brovarnik Reveals Whether Her Son Shai Is a Mommy or Daddy's Boy