Prince Harry, 36, was his brother’s righthand man on his wedding day in April 2010 and it was his duty to make the Duke of Cambridge less nervous. Due to the coverage of Prince William, 38, and Kate Middleton’s, 39, nuptials, the world would have seen the Royal siblings talking inside Westminster Abbey as the Duchess of Cambridge walked down the aisle. In a BBC documentary, Royal Wedding: A Day to Remember, the commentary between the two brothers was discussed in a little more depth.

The composer of the music played at the wedding, John Rutter, said: “Of course, all eyes were on the bride as she walked down the aisle.

“It was a fairytale, really, because Kate looked wonderful,” he continued, with CEO of Centrepoint Homeless Charity Seyi Obakin adding the Duchess looked “resplendent” in the gown.

As everyone was focused on the bride, the Royal Editor of The Sunday Time, Roya Nikkhah, analysed the discussion between the brothers at the alter.

The journalist said: “William looked absolutely dead set ahead and Harry just turned back to have a quick sneak peek.”

As the Royals were not wearing microphones, the commentary between the brothers was inaudible, but the experts explained what they thought was said. 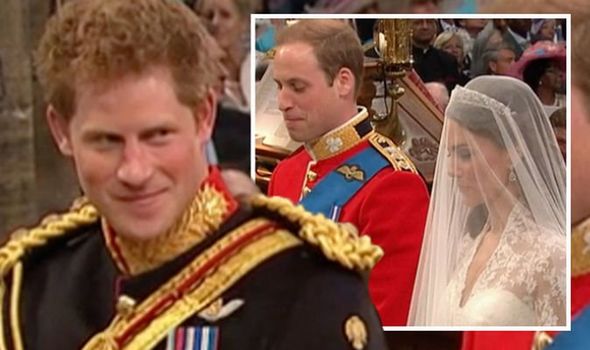 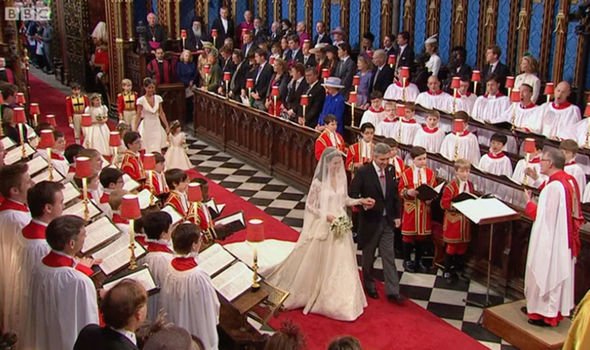 Seyi added he thought Prince Harry said: “You’ve got it made here, man”, before Roya explained her take on the rapport between the brothers.

The journalist commented: “It was so lovely. It was so Harry,” with footage cutting to the bride meeting with her groom.

Over the last 10 years, body language and speech experts have tried to decipher what was said by the siblings at the altar.

Royal biographer Marcia Woody gave her account of what happened in her 2013 publication, Kate: A Biography. 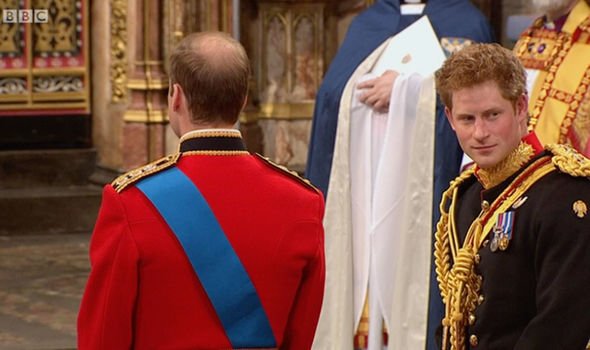 It was so Harry

Marcia explained in the book: “Harry looked back as Kate started walking down the aisle and reported back to his brother, ‘Right, she is here now.’

“‘Well, she looks beautiful, I can tell you that’”, the Duke of Sussex told his brother, with Prince William going on to tell his wife: “You look beautiful.”

Following the ceremony at Westminster Abbey, Prince Harry joined his brother and the rest of the family on the balcony at Buckingham Palace.

With his brother stood in the background, the Duke of Cambridge kissed his wife in front of the nation and the world. 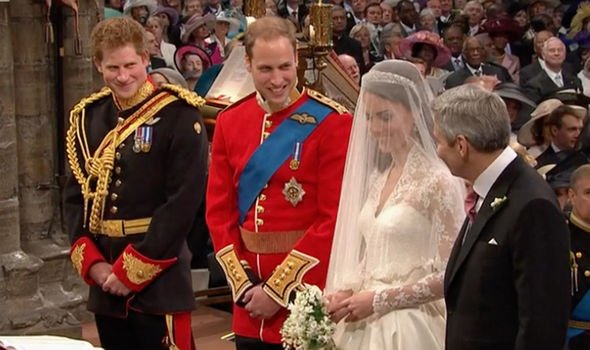 Taking to Twitter, those watching at home commented on this, recalling the wedding day on the couple’s 10th anniversary.

One wrote: “Watching #RoyalWedding on BBC One. Absolutely fantastic. One of the things that really got to me was the outpouring of love from everyone in the country, irrespective of background.

“Lovely couple. The future of our monarchy is in safe hands. #williamandkate #RoyalWeddingAnniversary,” they continued.

A second posted: “Watching #RoyalWeddingADayToRemember and it’s actually making me emotional. How beautiful it was #RoyalWedding.”

Whilst a third commented: “A beautiful wedding 10 years ago, wonderful to watch it again. Still need the tissues #royalwedding #williamandkate.”

Most recently, Prince Harry and Prince William reunited at the funeral of their grandfather, Prince Philip.

This was the first time the brothers had been seen publicly in over a year since the Duke of Sussex moved to America with his wife, Meghan Markle, 39.

The siblings are set to meet again in July when the statue of their mother, the late Princess Diana, is unveiled in London.

Royal Wedding: A Day to Remember is available to watch on BBC iPlayer.