Xena on the football field? Now that’s our kind of game.

The 17th annual Puppy Bowl — of which one battle-ready player is named after Lucy Lawless’ iconic warrior princess — goes down today at 2/1c on Animal Planet, and TVLine has your guide to the big game’s starting players. Other notable names include Chunky Monkey, Fozzie and Foxy Cleopatra.

We also have an extremely soft spot in our heart for Jett, a two-legged member of Team Fluff with a mean set of wheels that keep him balanced and moving. 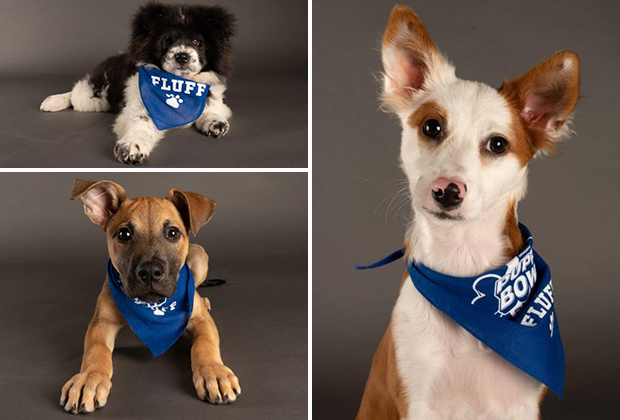 This year’s Puppy Bowl, which features 70 puppies from 22 shelters and rescues from nine different states, is being hosted by the dynamic duo of Snoop Dogg (get it?) and Martha Stewart. The three-hour event is also apparently being held in a “bigger and better” stadium than previous years. Honestly, we’re wagging our tails just thinking about it.

Of course, Team Ruff and Team Fluff aren’t just competing against one another — they’re also competing against Kitten Bowl VIII, at least for ratings, as Hallmark Channel is airing its feline-focused football event at the same time as the Puppy Bowl. (You can click here to get up claws and personal with the kittens competing in this year’s big game.)

Guillermo del Toro's 'Frankenstein': See What Doug Jones Would Have Looked Like as the Monster in the Film That Never Happened

'Charmed': Fans Didn't See Much of Leo in Final Season Because of Budget Cuts