Riverdale is certainly a troubling and scary place. Over the four seasons of the show so far, The CW and Netflix UK viewers have seen a number of serial killers crop up and many unsolved murders simply disappear. However, the latest “murder” in the show – that of Jughead Jones (played by Cole Sprouse) – had a lot more to it than it looked.

With his close friends supposedly behind his “murder”, things are quite dark in the realms of Riverdale at the moment.

Although Jughead’s murder turned out to be entirely fake, it didn’t stop viewers pointing out a glaring plot hole to do with Veronica Lodge (Camila Mendes).

During a recent episode of the show, Veronica explained she had never killed anyone before in order to try and clear her name.

However, fans have now pointed out that this is not exactly true. 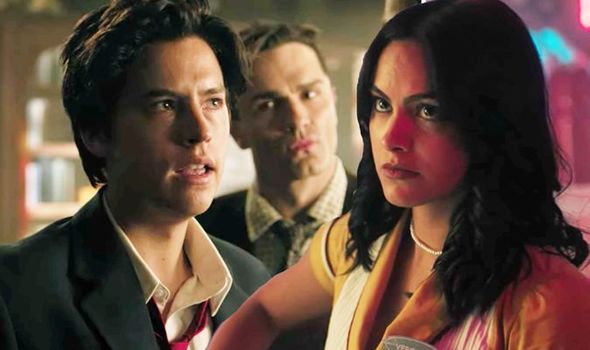 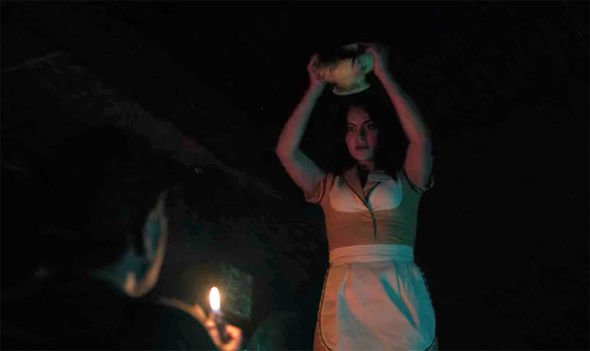 Reddit user girl_of_blue recently wrote: “Veronica said… that she never killed anyone before. What happened to the serial killer she set fire to??”

The fan is, of course, referring to season four’s fourth episode, in which Veronica was seen closing up Pop’s Chock’lit Shoppe alone before a nefarious looking man entered.

The man demanded a meal and despite her initial refusal, Veronica stuck around for longer.

As things got weirder, the man eventually cut the power in the building and chased her around the room with a lit lighter. 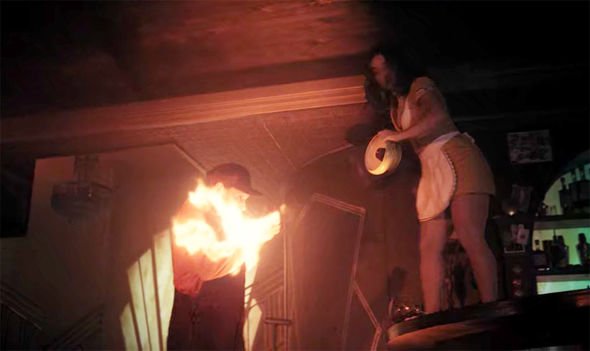 In a pinch, Veronica went on to throw whiskey at the assailant, setting him ablaze, and allowing her to escape the scene unscathed.

Although the villain was never mentioned in the show again, she almost certainly killed the man, or at the very least gave him some serious third-degree burns.

Fans hit out at this blunder on the Reddit thread, with one complaining: “The writers have some sort of amnesia I swear.”

However, others defended her, with another adding: “Maybe she meant like a ‘cold-blooded murder’. She set fire to that serial killer but that was self-defence.”

Either way, it is not like Veronica to obscure details, so she should have certainly recalled the time she set a man on actual fire.

Meanwhile, fans of the show may see a huge hindrance in the show going forward this season – all thanks to the coronavirus.

As the outbreak of the coronavirus continues to spread, new episodes of upcoming TV shows are becoming less likely by the day.

And now reports have confirmed someone from the Riverdale team has contracted the virus and put the show in a difficult position.

A spokesperson from Warner Bros recently announced: “We have been made aware that a team member from Riverdale, which is produced in Vancouver, was recently in contact with a person who has tested positive for COVID-19. The team member is currently receiving medical evaluation.”

They went on to add: “The health and safety of our employees, casts and crews is always our top priority. We have and will continue to take precautions to protect everyone who works on our productions around the world.

“Out of an abundance of caution, production on ‘Riverdale’ is currently suspended.”

Riverdale airs on The CW in the US on Wednesdays and Thursdays on Netflix UK.

5 Actresses Who The CW Should Consider To Play Batwoman Next

Emily in Paris Trailer: Lily Collins Searches for Answers in a Graveyard