Riverdale has yet another murder on its hands, and fans of the show are not too happy about it. After last year’s battle against the followers of the Gargoyle King, Jughead Jones (played by Cole Sprouse) looked like he was out of the woods once and for all. Unfortunately, a final stinger of a scene saw him being pronounced dead by none other than his friends, and girlfriend.

Now, with just a few episodes left in the Netflix season, it looks like fans will find out whether his death is truly all it seems to be.

And with the general consensus being that Jughead will not truly die in episodes to come, fans have been quite confident about their favourite character.

Unfortunately, it looks like their confidence may be misplaced, as recently showrunner Roberto Aguirre-Sacasa has spoken out about this week’s episode.

And in his announcement, Roberto has quite obviously hinted that Jughead is going to be killed off for good. 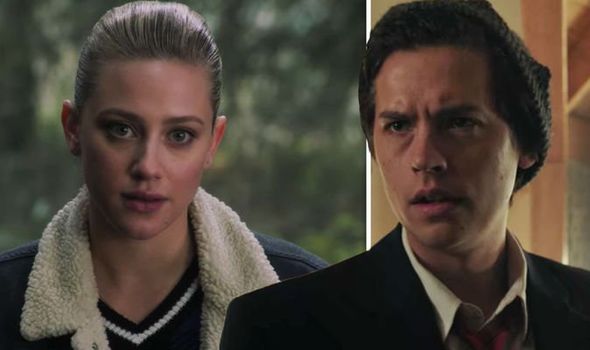 While the tweet itself isn’t too damning for Jughead, the photo that accompanied it certainly was.

The black photo had some white text on it which quoted Jughead himself, and read: “Life’s not an Agatha Christie novel, it’s a lot messier.”

It looks like this news is a death sentence for the character leaving fans with no choice but to believe Jughead is going to be killed off.

However many fans simply wouldn’t believe it, and began tweeting the producer to tell him they weren’t convinced.

One wrote: “You do realise no one actually believes Jug is dead right? uhmmm… anyways make #bugheadwedding happen.” (sic)

Another simply added: “I still don’t think he is dead.”

Viewers will not find out the truth about Jughead until this week’s episode, where his fate will presumably be revealed.

Meanwhile, fans have since been pointing out exactly why Jughead isn’t dead, after the latest trailer seems to point towards him living.

One wrote: “Empty casket! And when you watch it Betty, Veronica, and Archie look confused AF!”

Another agreed: “The body they found for Jughead has to be a fake. If anyone has seen Stranger Things, in one scene the sheriff cuts up the body of a boy and it’s revealed to be stuffed with cotton.”

Could this empty casket simply be another red herring for fans? Or will it explain everything about the upcoming death?

Riverdale airs on The CW in the US on Wednesdays at 8/7c and on Netflix UK on Thursdays.