Rochelle Humes and Andi Peters welcomed a guest, called Darrell Meekcom, who “mooned at a speed camera” onto Thursday’s instalment of This Morning. Darrell, who appeared with his wife as his children were backstage, told viewers the flashing was on his bucket list as he’s terminally ill. During the interview, Rochelle and Andi told him he would be going on a family trip to Disneyland which caused his children to get emotional.

Darrell, who was found not guilty of a public order offence, said his wife suggested he should draw up a bucket list with things he wanted to do before he died.

He appeared on This Morning after being cleared at Redditch Magistrates’ Court and was told he can take his family to Disneyland as a treat from the show’s team.

His daughters were seen crying behind the scenes so Andi rushed off his feet to comfort them and give them a Mickey Mouse toy.

Rochelle reached for the tissues as their crying caused her to break down in tears on the ITV programme. 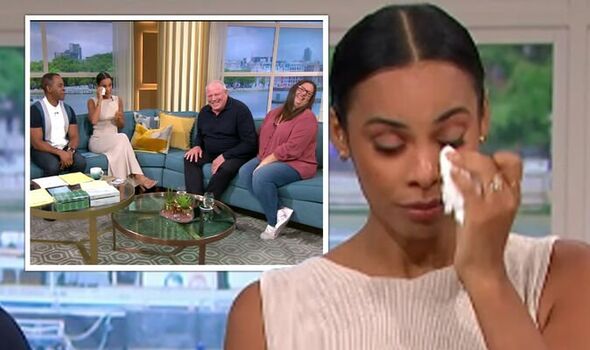 'RHOC': Josh Waring Accepts Plea and Will Be Released From Jail