During Tuesday’s Loose Women, Penny Lancaster appeared as a guest on the ITV show, as the panel discussed whether they are losing sympathy for the Duke of Sussex. The discussion comes after Prince Harry’s recent appearance as a guest on the podcast Armchair Expert. During the show hosted by Dax Shepard and Monica Padman, the royal discussed several topics, including mental health and his military service. The 36-year-old also recently announced a new TV project with Oprah Winfrey.

“I wouldn’t think it’s losing sympathy,” Penny began. “I think it’s more about losing a little respect and understanding of that he’s going through.

“It seems he’s jumped from what he calls ‘the zoo’ into a big goldfish bowl.

“I don’t think if you want to disappear out of that limelight and the pressure that comes with it, then I think Los Angeles is got to be the craziest place to move.

“If they’d run off to a remote village in Italy somewhere then people would go ‘Ah, see they couldn’t handle the press or the pressure and now they really have attempted to start a new life.” 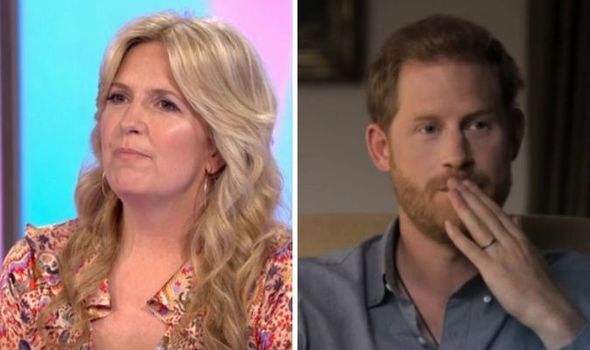 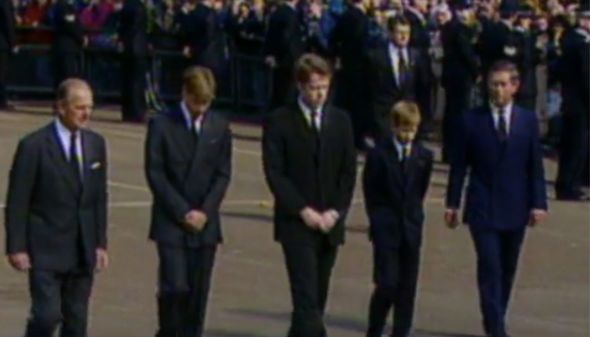 She continued: “Completely new start, but Los Angeles doesn’t seem like the place to go and of course, talk about mental health it’s extremely important.

“But to sort of dragging the family through the mud while you’re doing it, doesn’t seem like the right thing to do if you’re trying to get the public on your side.”

Weighing into the discussion, Brenda Edwards said: “I will always have sympathy for Harry and William because of what they went through with their mother.

“And I can personally relate to that. I always say the image of them walking behind the coffin for that long four/five miles or however long is it. That will never leave their minds.” 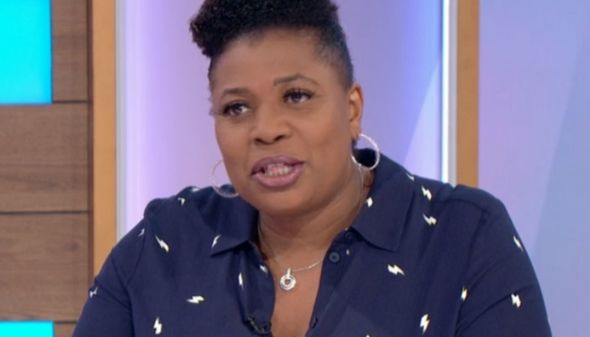 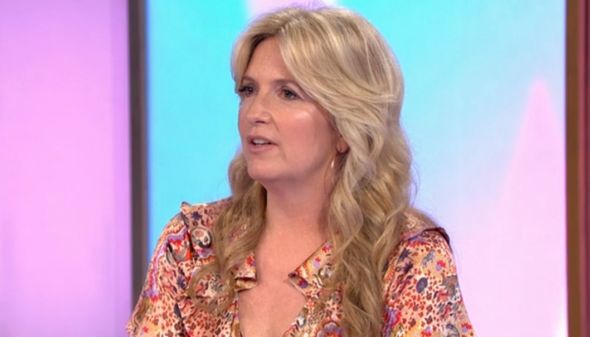 “Until you have walked in that shoe,” she added. “I don’t think you’re in a position to criticise.

“You don’t know what he is going through mentally. I’ve gone through things mentally and I’m 52 and I was four.

“So, it doesn’t get any better. It might get easier but still, I think people should focus on the mental health information that he’s giving out and focus on the good things.

“Rather than talking about the negatives. His family is part of his upbringing and we don’t know anything about it.”

Kaye Adams went on to agree with Brenda as she explained if someone hasn’t lost a parent at a young age, then they’re not in a position to comment.

“I think what you’ve said is true,” Janet Street-Porter nodded in agreement.

“I haven’t lost a parent like that so I can’t understand how it feels.

“But, what I do feel is that I would like a Harry-free day. I’m crying out for a day when I don’t hear the words, Harry and Meghan.”

“But I also feel something at the exact same level and he is a mild irritation.

“It’s the kind of irritation I felt this morning when I opened my new bag of breakfast cereal and I discovered my Muesli, which was all oats and lovely slimmed-down things cut into nice little sized chunks.

“Had been replaced with something…whole hazelnut and giant raisins which already stick to my big teeth and that’s how I feel about Prince Harry.”