ROSIE O’Donnell is NOT happy former co-star Elisabeth Hasselbeck returned to The View and slammed her appearance on today’s episode.

The 42-year-old conservative TV personality clashed with Joy Bear, 77, and the other ladies from today’s episode of the ABC talk show after she defended President Trump’s response to the coronavirus outbreak. 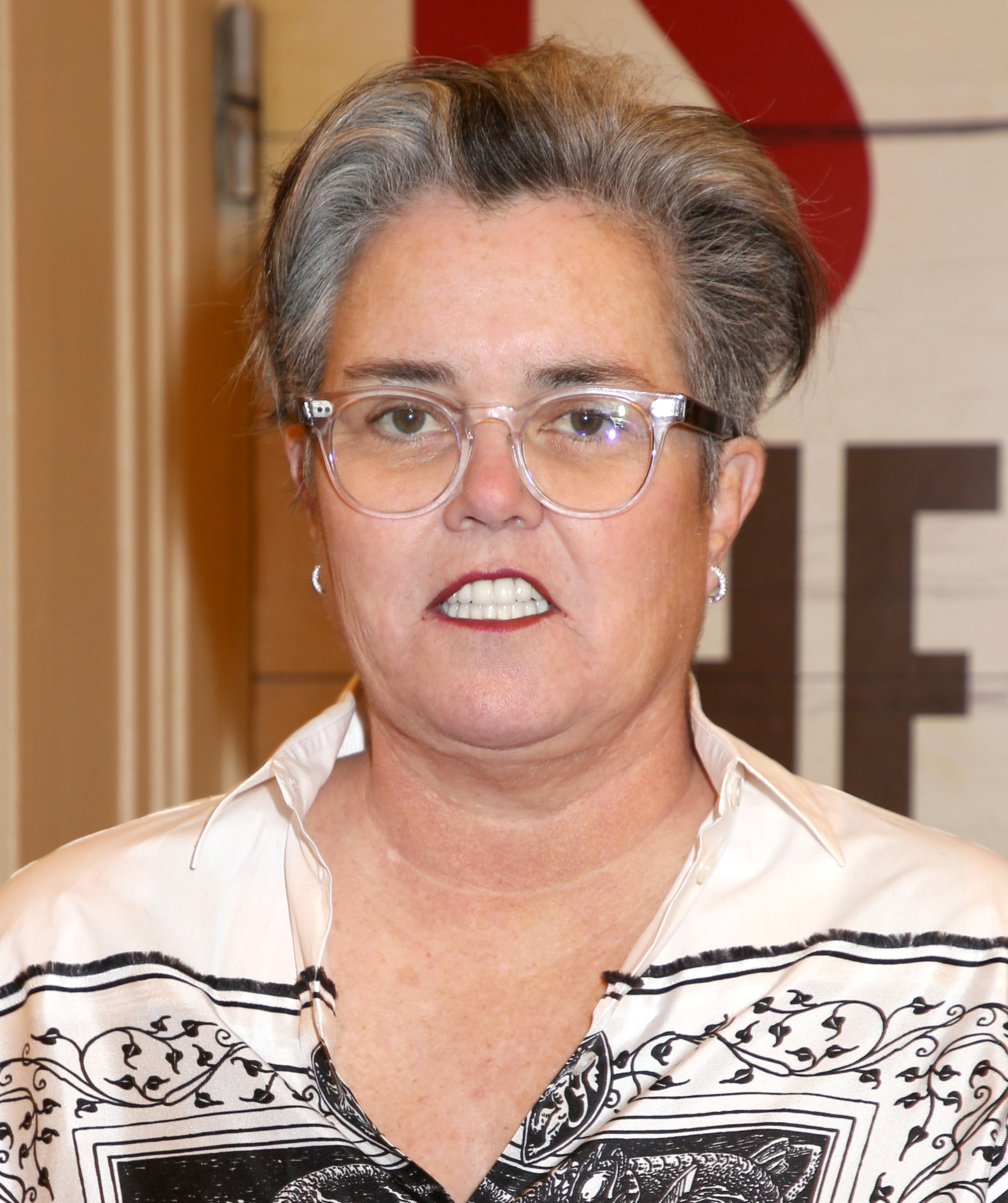 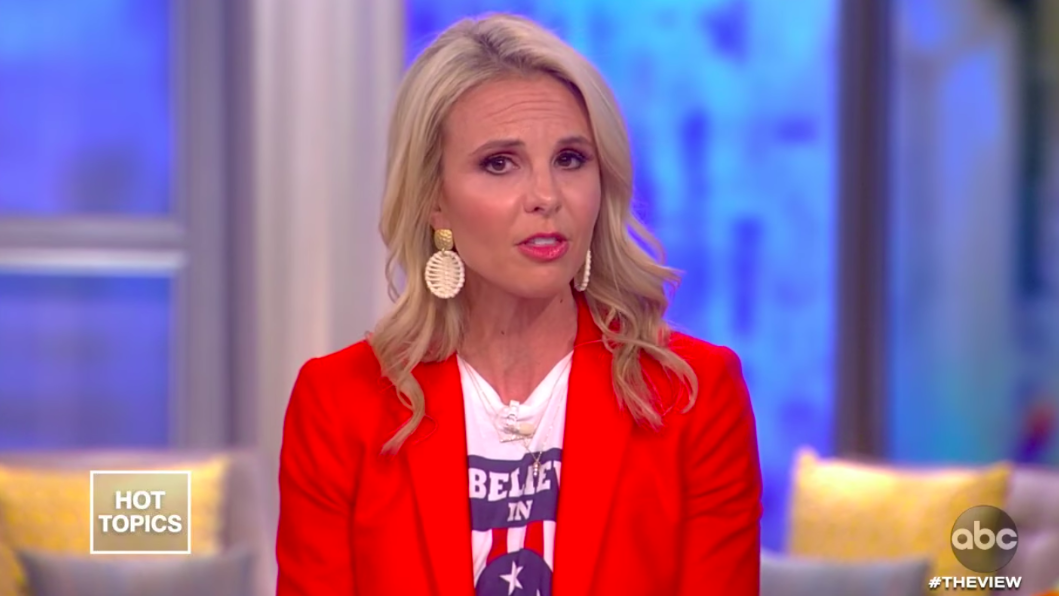 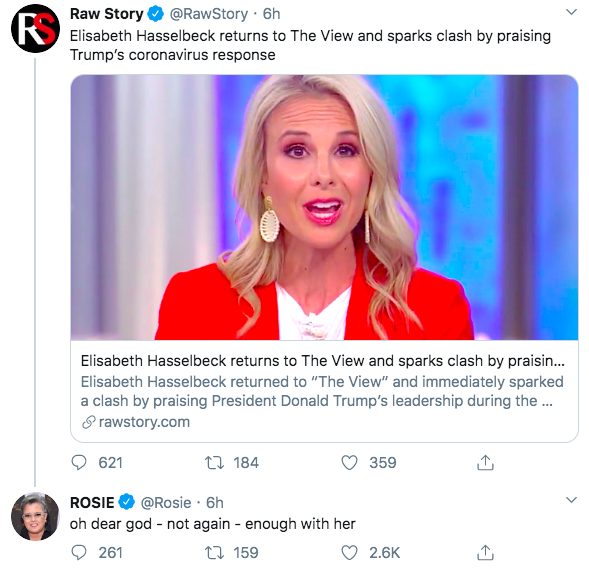 In a tweet to an article about the blonde host’s return to the series, Rosie, 57, wrote: “oh dear god – not again – enough with her.”

Elisabeth fired up today’s co-hosts with her approval of how Trump has handled spread of the fatal coronavirus.

“We shouldn’t be in a state of panic because what we’re doing – and taking cues from our president – is taking early, strong, bold action to keep this at bay as much as we possibly can right now.”

She continued to praise the commander-in-chief: “We’re on the very front end of this right now, and I feel comfortable and confident in that because of strong leadership.” 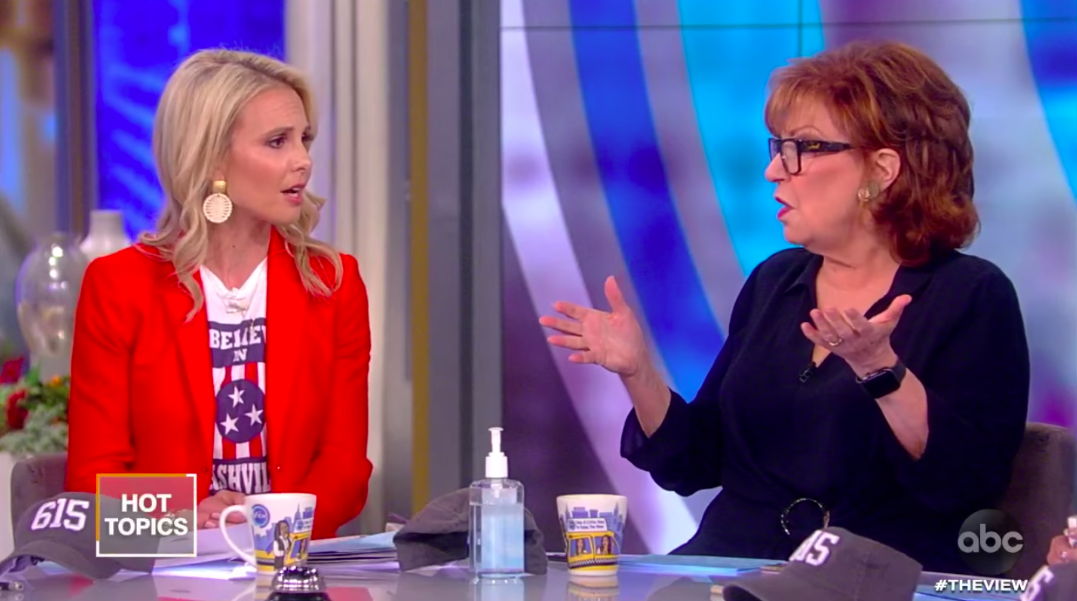 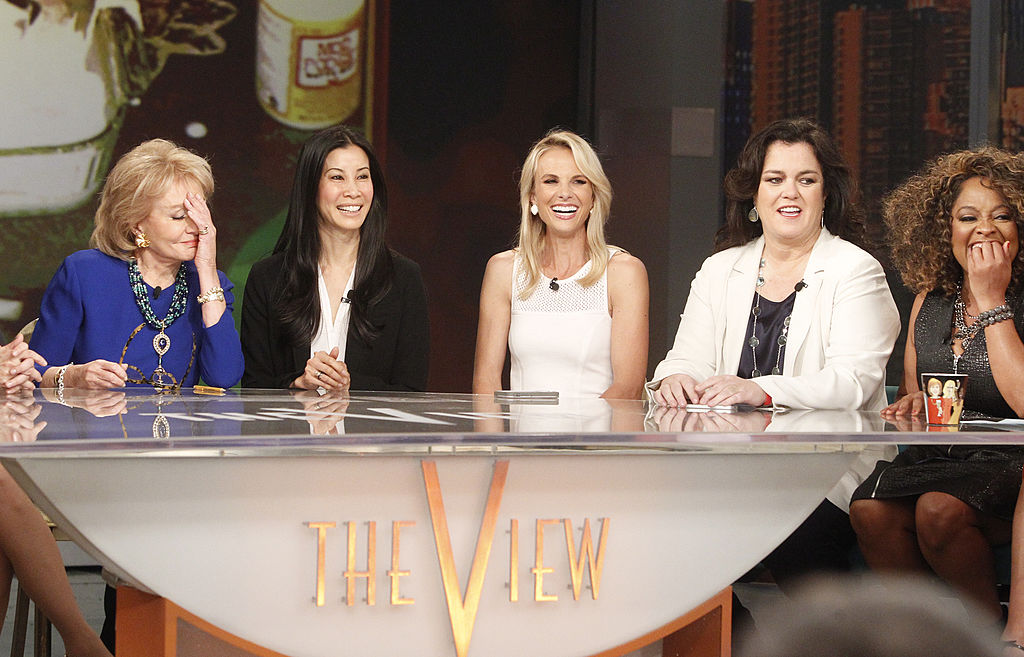 As the rest of the table began to yell over her Joy immediately questioned: “Where’s the strong leadership?”

“I do think our leadership right now is pointing us to say, ‘Hey, this is not a panic situation. This is a precautionary situation,” she responded.

Longtime host Elisabeth was a staple on the panel for more than a decade that spanned from 2003 to her exit in 2013.

In March 2013, reports spread that the outspoken host had been fired for having views that are “too conservative.” 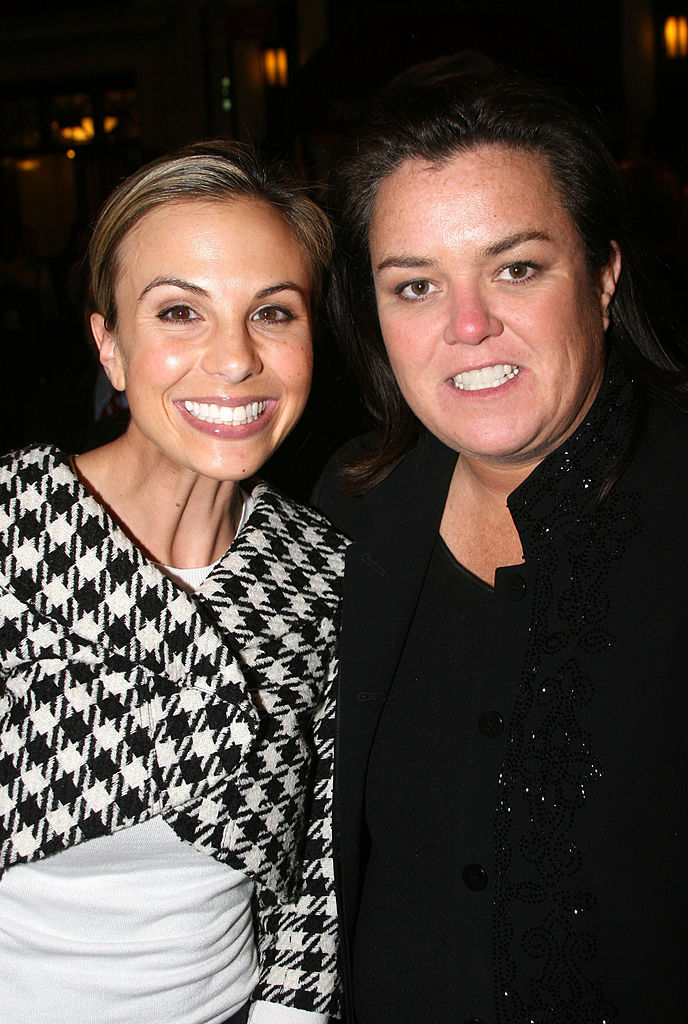 During an episode just days later, legendary anchor Barbara Walters, 90, slammed the rumors for being "particularly false" and claimed there are "no plans for Elisabeth to leave this show.”

However, ABC later confirmed she would be leaving The View to join news program Fox & Friends and her last day on the show was July 10 of that year.

Comedic actress Rosie joined the round table on the daytime program in 2006 but left just one year later when she could not reach a contract agreement.

She came back to the show in 2014 but exited only five months later to focus on her family after her divorce from wife Michelle Rounds, whom she married in 2012. 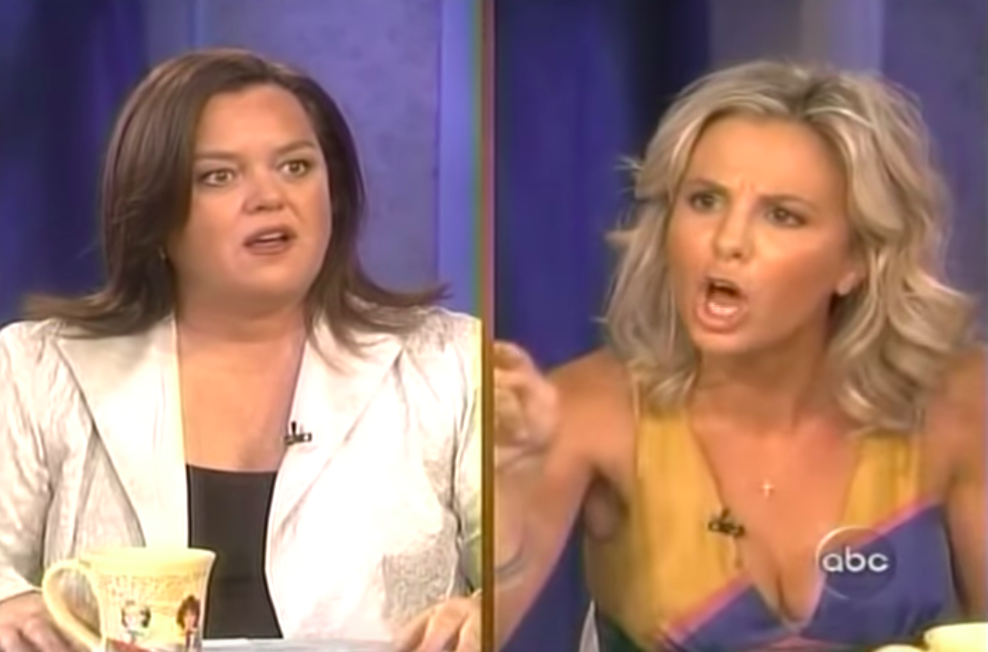 The former-friends have been in a feud since their now-famous blowout fight from a May 2007 episode over the Iraq war.

Rosie was met with Republican backlash after she made a controversial comment about the killed civilians in Iraq.

After she claimed Elisabeth failed to defend her, she asked her on-air: “You are my friend since September. Do you believe that I think our troops are terrorists? And you would not even look me in the face, Elisabeth, and say, ‘No, Rosie.’”

Elisabeth yelled back: “Do not call me a coward because, number one, I sit there every single day and open my heart to tell people exactly what I believe.”

'Justice League' Snyder Cut: Ben Affleck Weighs In On His Return As Batman

Who was David Bowie, who was his wife and did he have children? – The Sun