MADE In Chelsea star Sam Thompson left fans hugely distracted in his skimpy shorts as he performed a hilarious TikTok dance with a less-than-willing Pete Wicks.

The reality TV stars sparked their bromance on matchmaking show, Celebs Go Dating, yet their bond appeared on the brink in the hilarious routine, showcased on 28-year-old Sam's Instagram page. 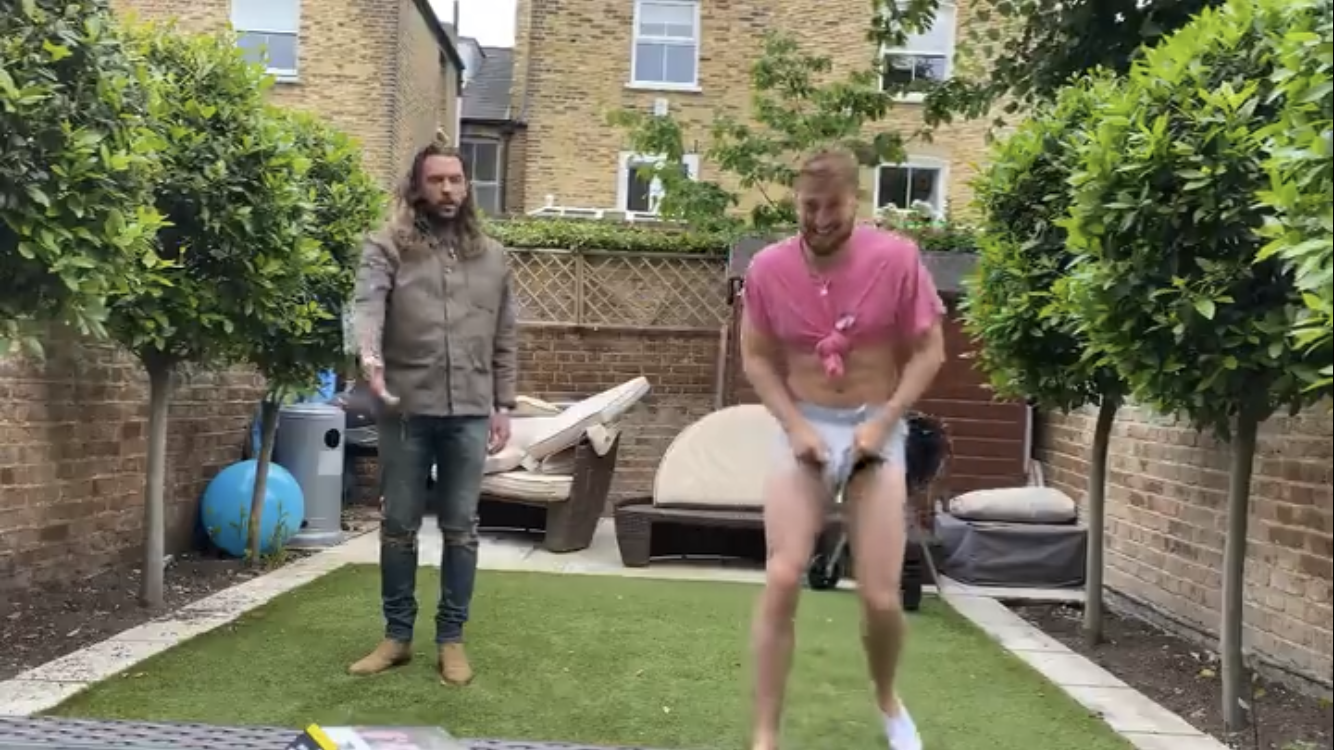 Yet despite Pirate Pete's reluctance sparking a host of giggles from Sam's fans, it was his bulge that took all the attention.

Getting ready for the dance, he chose a pink top tied in a knit at the front and very short grey shorts – which he proceeded to make even racier by pulling up to the tops of his thighs.

The garment was a snug fit, with many commenting they could see the shape of his manhood underneath.

They littered the comments section with aubergine Emoji icons to show their appreciation, as well as wide-eyed icons. 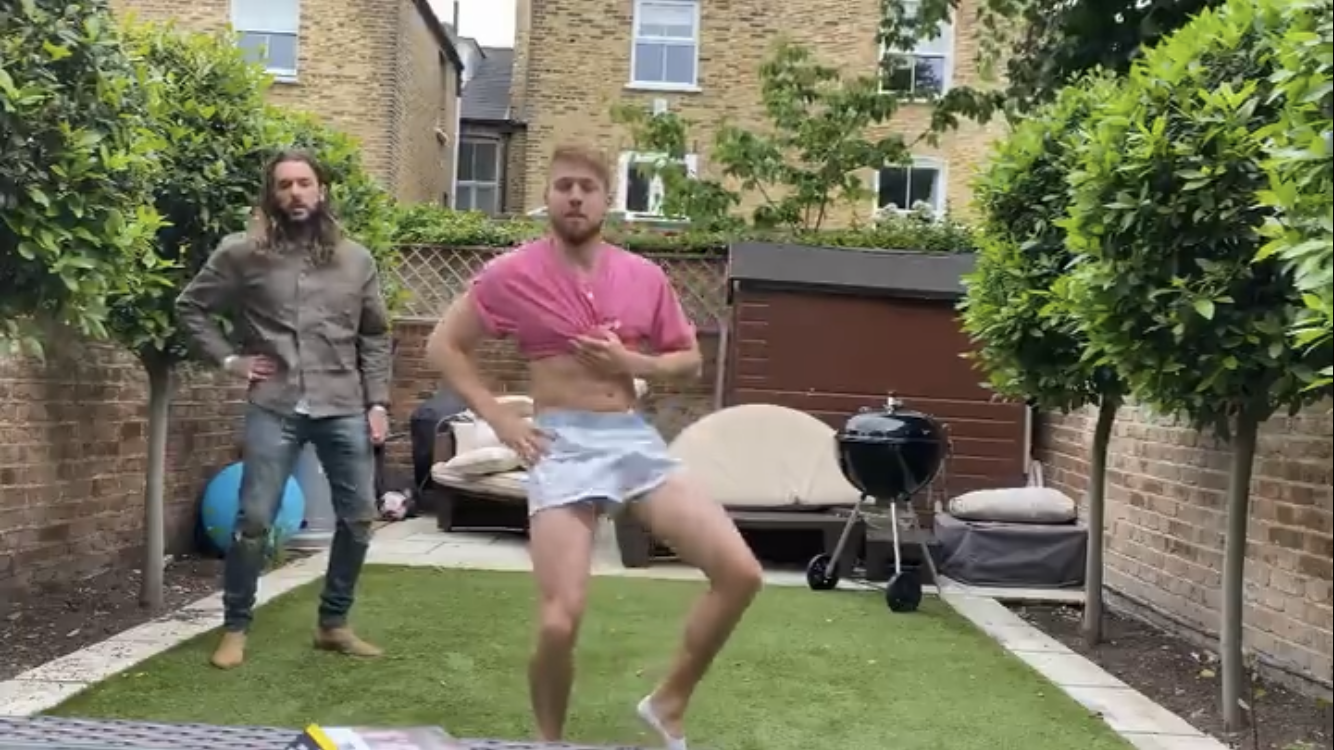 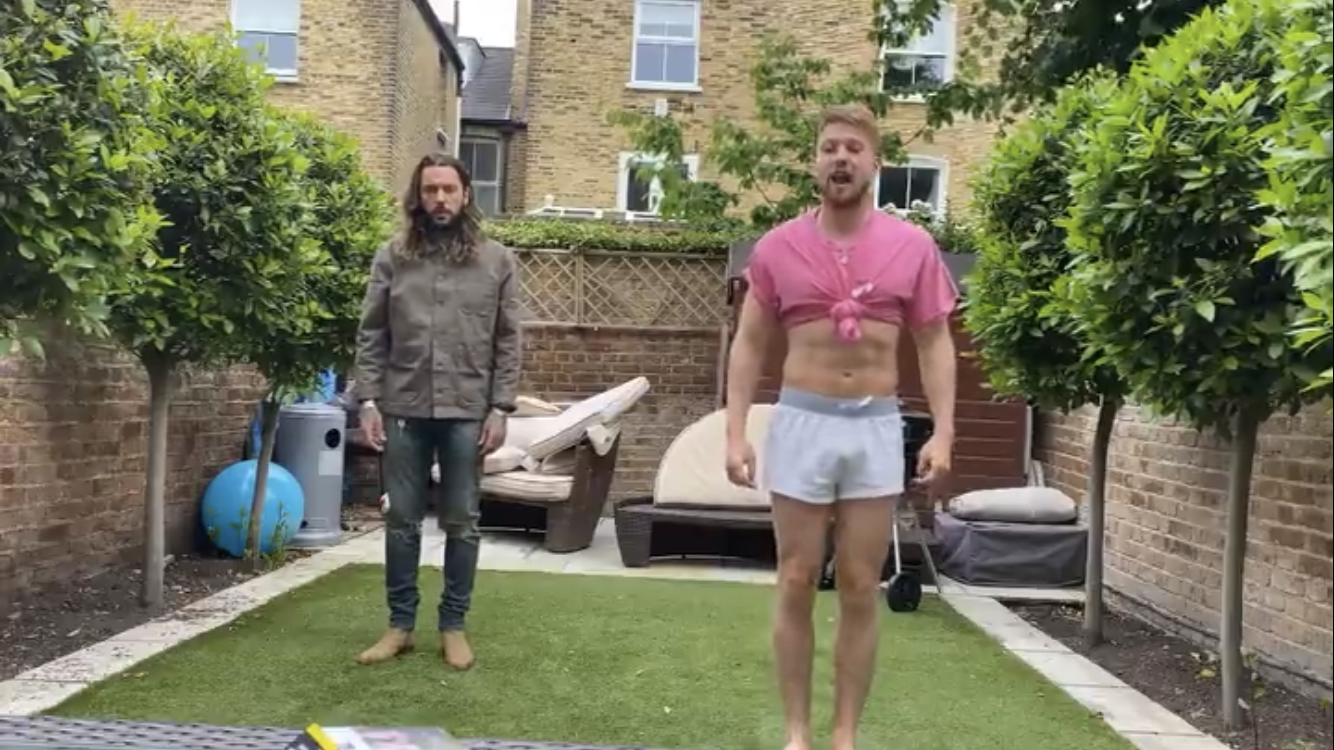 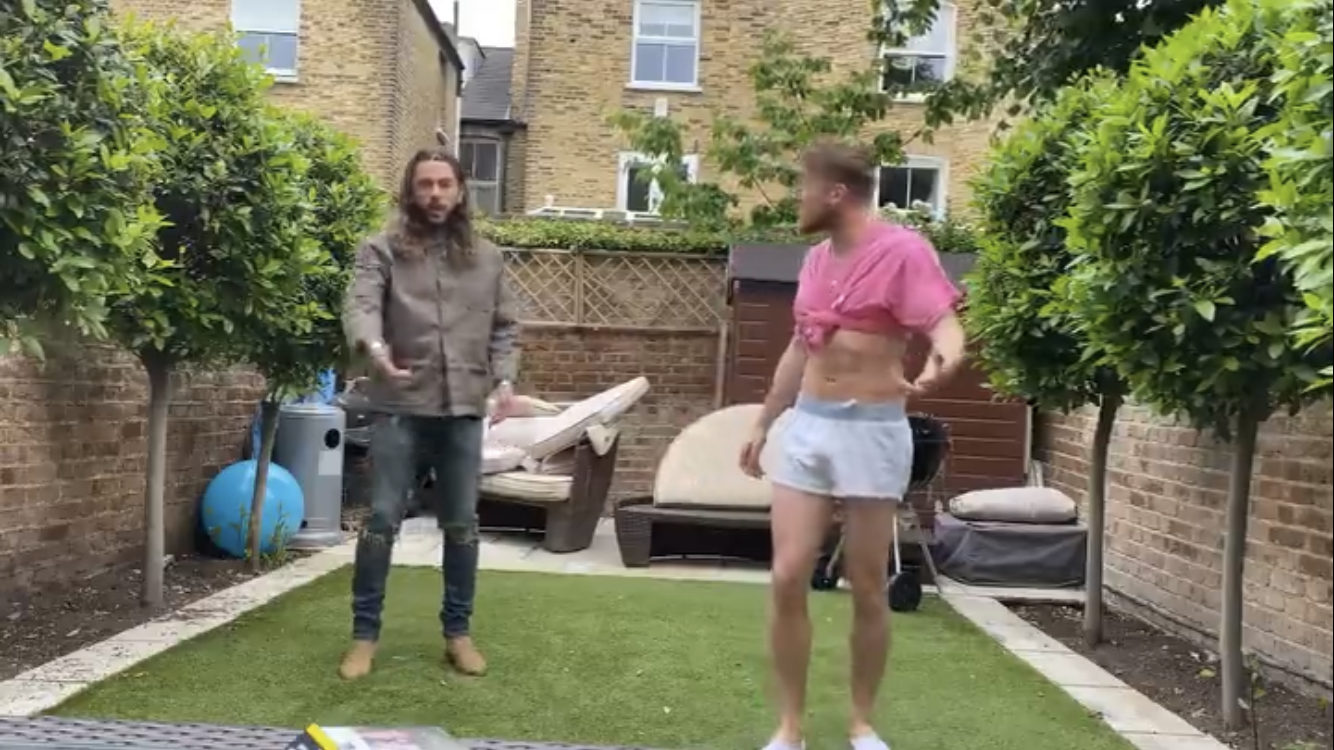 One fan confessed: "I had to watch a few times cus was busy looking down ??…. xx"

Another posted: "Omg sam what;'s the crack with your parts swinging everywhere seriously love ye but keep them to yourself."

A third cheered: "swing it baby!" as another pleaded: "Please stop jumping in those shorts."

One then surmised: "You can literally see everything in those shorts." 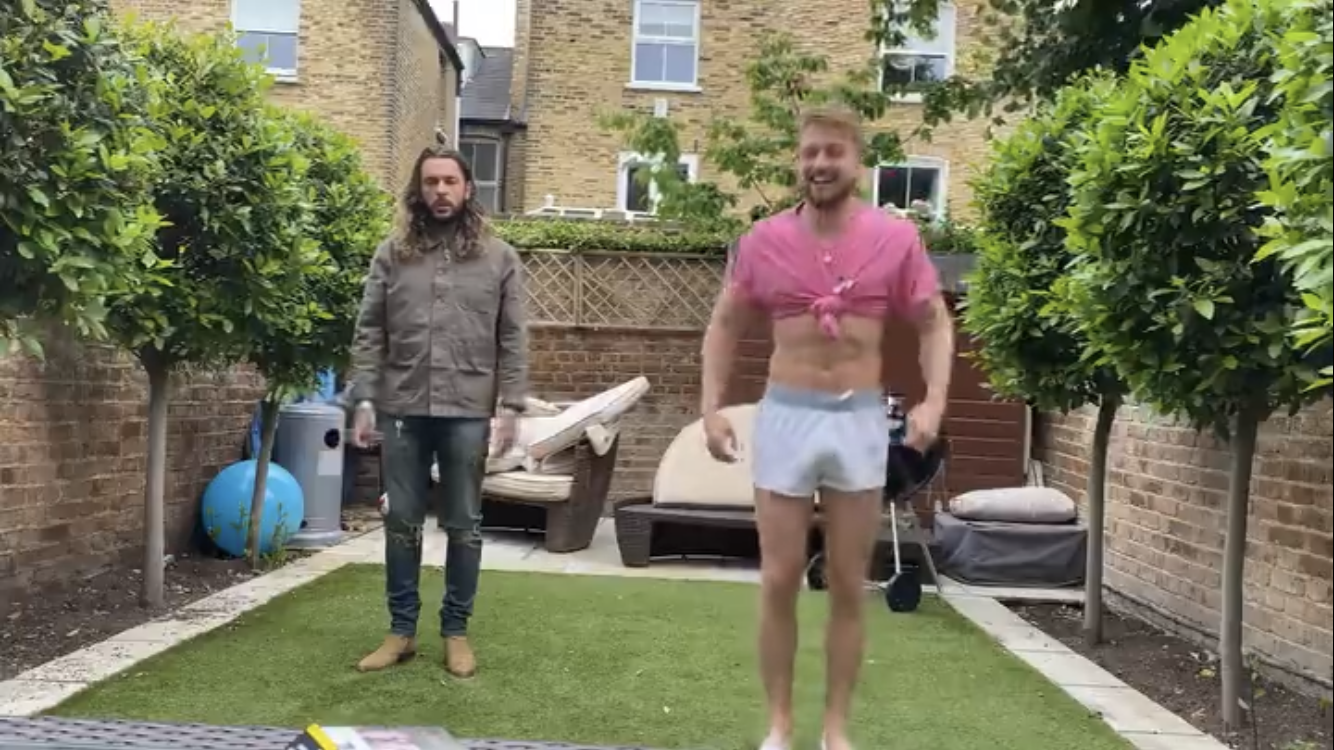 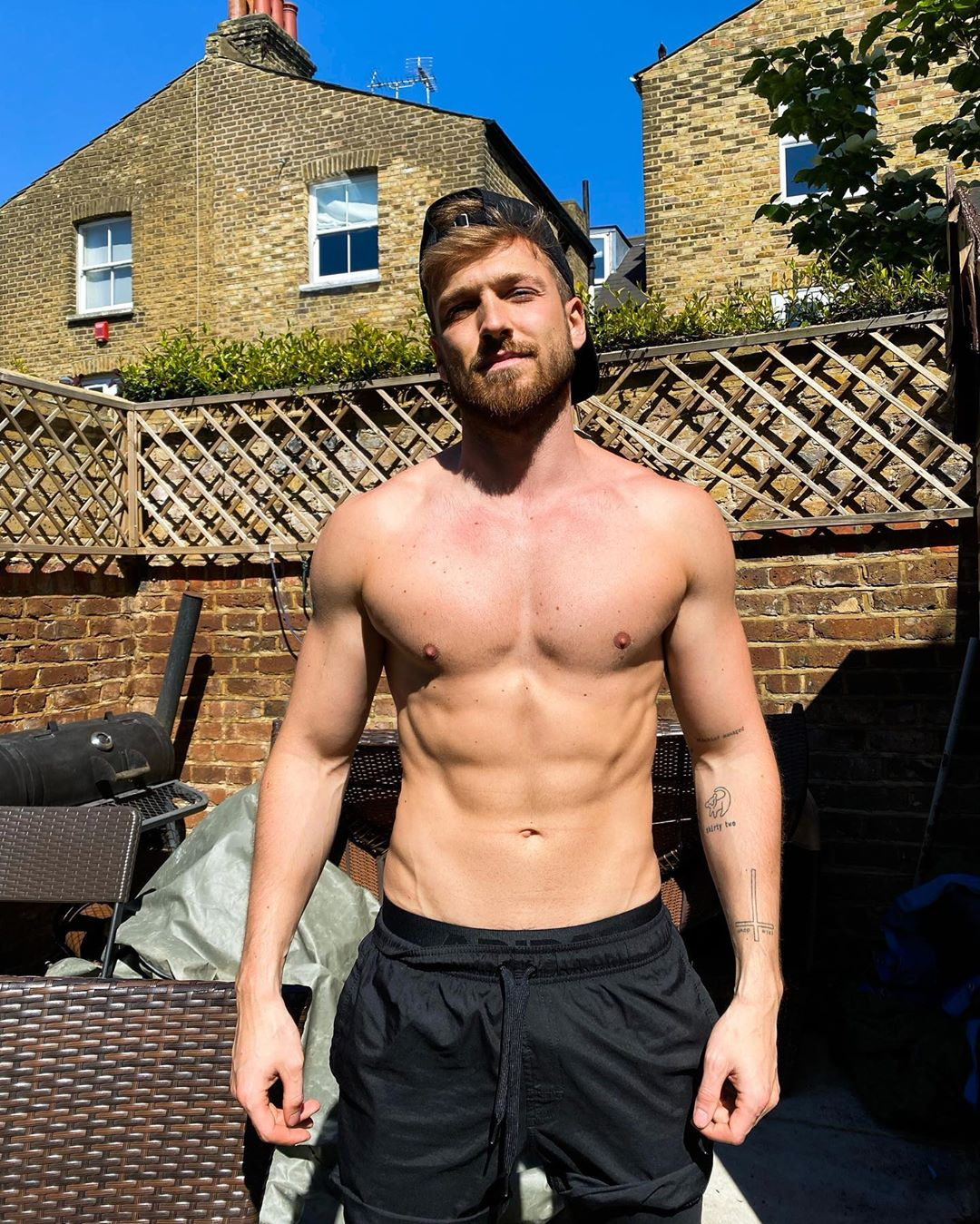 Pete, meanwhile, couldn't have been dressed any differently to Sam, wearing a jacket, denim jeans and tan-coloured boots.

In the video caption Sam confessed he was a reluctant partner, and put: "Convincing @p_wicks01 to do this legitimately took 3 hours ? 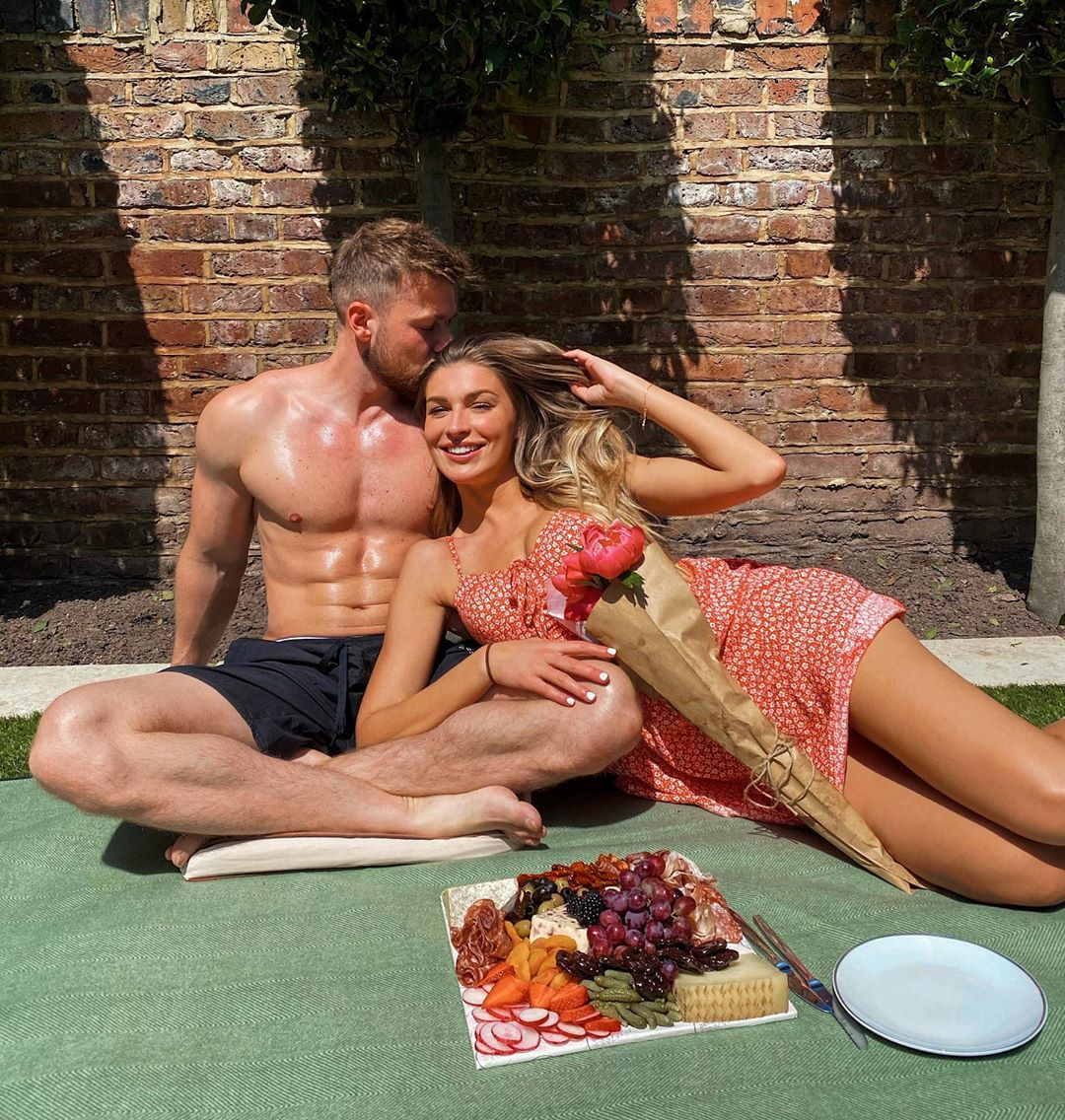 "I’ve missed you so much! ❤️ ps there’s a secret video of me trying to teach him that I may post tomorrow ???."

The clip shows them trying to master the routine with Sam's enthusiasm a marked contrast with Pete's unwillingness.

Sam can be heard quizzing: "You got it?" to which Pete bluntly replied: "Yes I'm f**king doing it."

Sam then persisted: "Are you doing it right?" as he jigged around.

It appears Sam is loving life during lockdown, as he recently hailed his girlfriend and Love Island star Zara McDermott his "one true love". 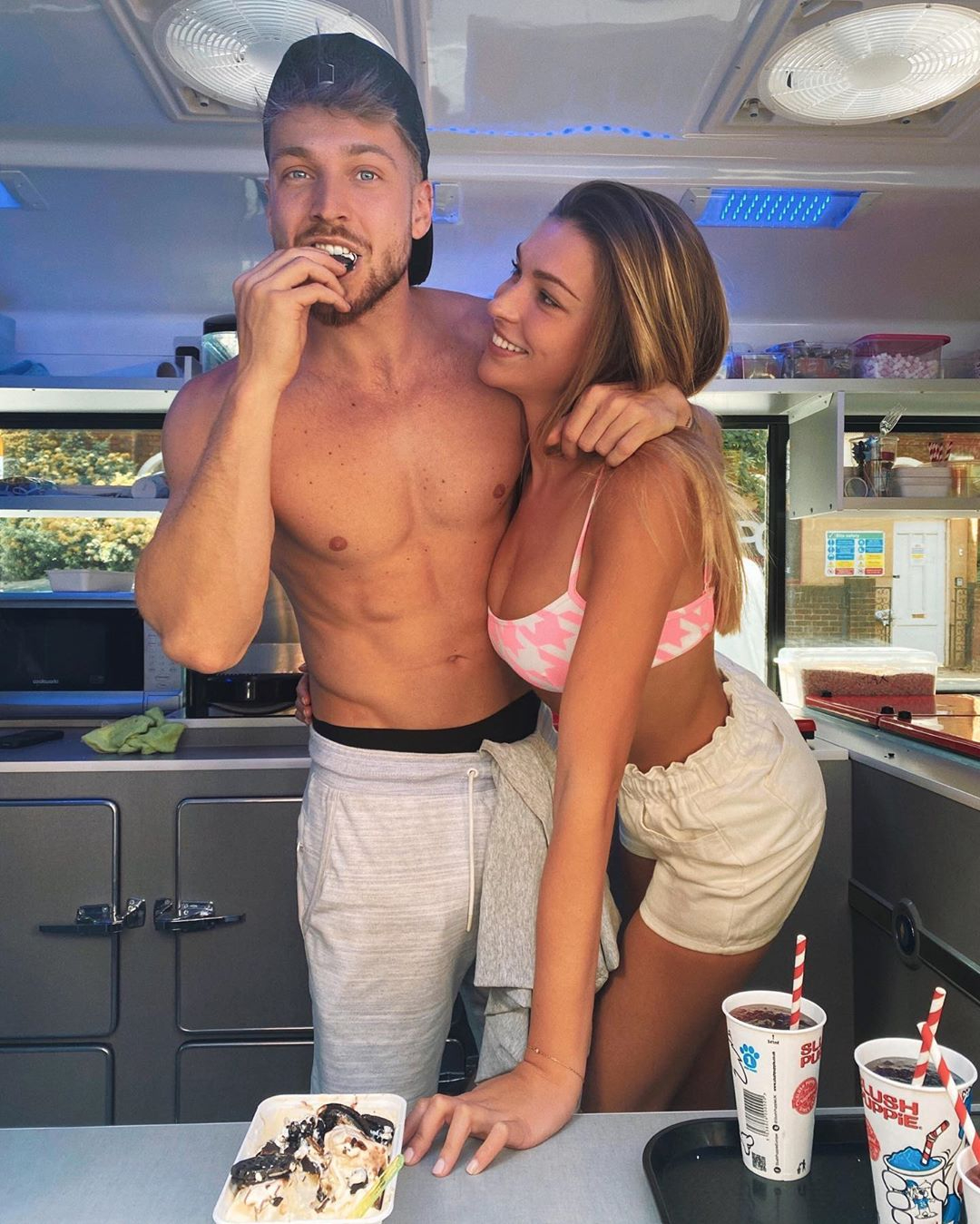 In an Instagram post to mark their first anniversary in May, he wrote: "1 year ago today, the most beautiful, kind and caring girl came into my life.

"I never thought I’d be lucky enough to know what true love was, and every day I need to pinch myself to check this is real. I don’t say it enough.

Zara, 23, also shared her own lovely message to her boyfriend of one year with a pic in the same spot but her holding his face while giving him a smooch on the cheek as Sam enjoyed their picnic cheese platter.