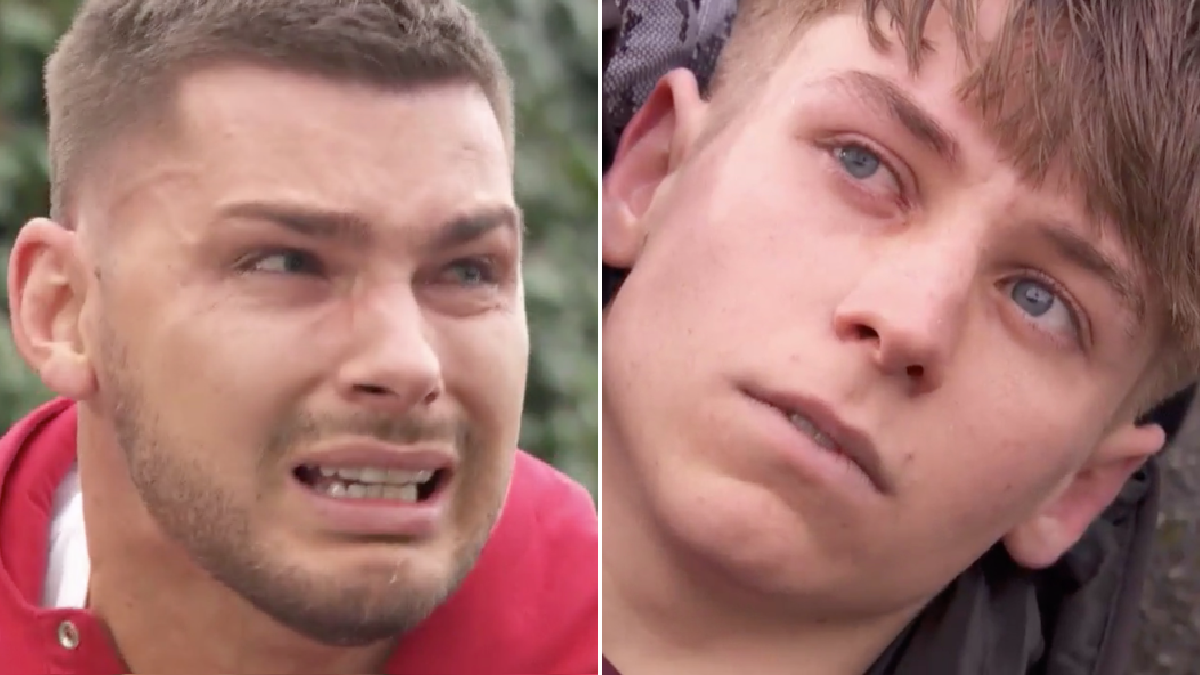 Sid Sumner (Billy Price) was left to die in Hollyoaks tonight (March 2), after Victor Brothers (Benjamin O’Mahony) got wind of his plan and sought to put a stop to it.

Sid has been on a mission to expose Victor’s crimes in the hope that such a thing would free Juliet Nightingale (Niamh Blackshaw).

With some assistance from James (Gregory Finnegan) and Ste Hay (Kieron Richardson), the young lad managed to acquire a confession from Victor, after he planted a recording device in the drug boss’ car.

Sid returned home with the audio file in his possession, and prepared to add the video diaries he’s made to the USB, in order to ensure there’s more than enough evidence to put Victor behind bars.

However, little did he know of the danger that lurked around the corner.

With Ollie Morgan (Gabriel Clark) not having got the drugs he wanted from Sid, he headed to speak to Victor, and — in exchange for some ket — he told the criminal that Sid had recorded him.

Victor was livid, and after giving Ollie the drugs he so desperately wanted, he set out to not only stop Sid from going to the police, but to kill him.

Meanwhile, at the Lomaxes, Sid successfully transferred all the data to the USB drive, but a loud banging on the front door left him fearing for his life.

An irate Victor broke through the door, and attempted to get Sid to show himself, but Peri’s (Ruby O’Donnell) unannounced arrival left him spooked.

Having managed to avoid death once more, Sid told Peri that he urgently needed to get the evidence to the police, otherwise Victor will return for vengeance.

Ste devised a plan, and acted as a diversion, by dressing up as Sid in order to stall Victor, but when Victor worked out what they were up to, he hightailed it to the police station to prevent Sid from handing over the evidence.

Sid was left terrified, as he came face-to-face with Victor in the carpark of The Dog, and the drugs boss withdrew his knife and stabbed the young lad, before taking the USB from him.

Ste arrived to find Sid lying on the floor bleeding out, and he cradled him in his arms — pleading with him to hold on.

However, an emotional Sid started to lose consciousness, and begged Ste to tell Juliet that he tried to save her.

Ste broke down in tears, as he ordered Sid to wake up.

Has Victor’s mission taken yet another life?