The Brown family has been through a lot in the decade since theyfirst appeared on TLC’s Sister Wives.

First, Kody Brown added a fourth wife, Robyn Brown, to the mix. Her sister wives—Meri, Janelle, and Christine Brown—welcomed her with open arms (for the most part), but it was still a huge adjustment for the large family.

Kody and Robyn have had two biological children since she joined the family, enlarging the Brown family to a grand total of 23 (including five adults and 18 children). Several of the adult kids have headed off to college and gotten married. Meanwhile, the Browns endured two massive moves—first from Lehi, Utah, to Las Vegas, and then from Las Vegas to Flagstaff, Arizona.

What’s more, Kody and his first wife, Meri, legally divorced in 2014, so Kody could adopt Robyn’s three children from her previous marriage. Although the Browns don’t recognize legal marriage as valid, the change was still painful for Meri.

In a TLC sneak peek of the upcoming Mar. 29 episode of Sister Wives, “The Heat Is On,” Meri and Robyn talk candidly about their feelings when it comes to the shift in their marital status and the family’s relationship dynamics. 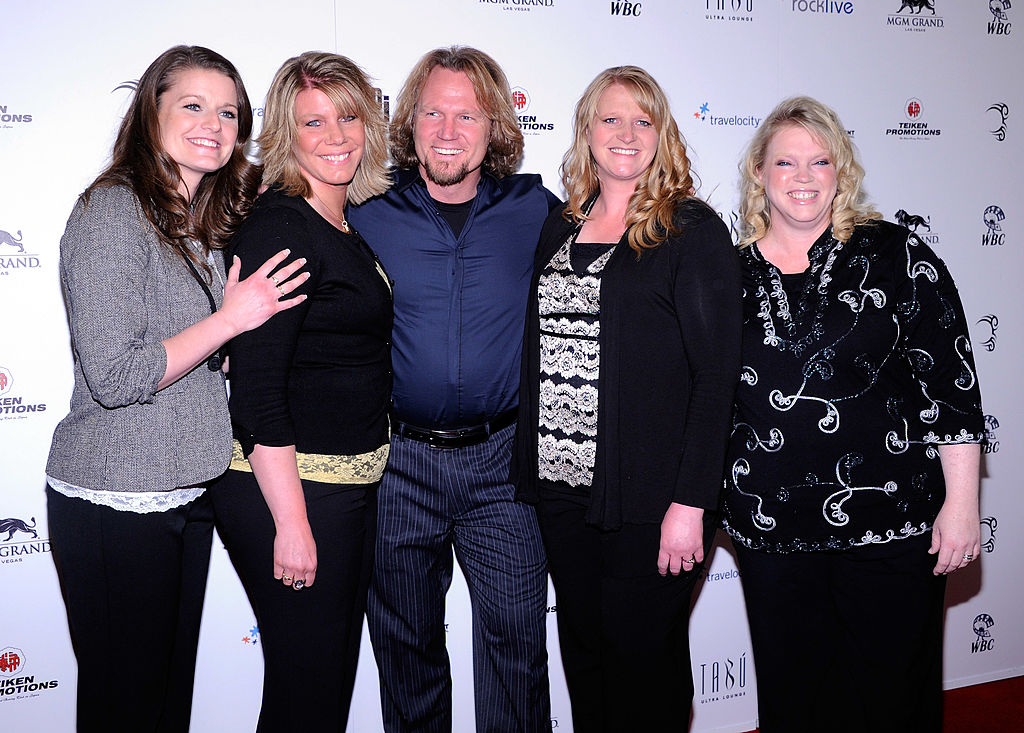 In the TLC preview for the upcoming Sister Wives episode, Meri pulls out her marriage certificate and calls Robyn over to look at it.

“Should I keep it?” she laughs to Robyn, as they pack upMeri’s belongings for yet another move.

“Aww, let it burn,” Robyn jokes. “I’ll burn mine, you burnyours…We’ll burn them with our bras, how about that?”

Meri packs up the marriage certificate as she says good-naturedly,“I’m actually keeping mine, Robyn, sorry.”

To Sister Wives producers, Meri explains that—although legal marriage isn’t recognized by the Browns’ fundamentalist Mormonist sect, the Apostolic United Brethren (AUB)—the marriage certificate still means something to her. “It’s valid in my heart. That’s why I’m keeping it,” she says with tears in her eyes.

As the preview continues, Kody’s first wife reflects on her decision to legally divorce her husband. “About four years ago, I legally divorced Kody so that Robyn could legally marry him, so that we could adopt Dayton, Aurora, and Breanna,” Meri explains, looking heartbroken but resigned to the situation.

Robyn also looks pained as she shares her own feelings aboutbeing legally married to Kody, while Meri, Janelle, and Christine only havespiritual (non-legal) marriages to him.

“In a plural family, there is only one legal marriageallowed, because that’s what the state allows,” Robyn laments. “Right now, inthis world, plural marriages aren’t legal. And so there’s only one of us thatcan have a legal marriage.”

The Sister Wives star reveals that she wishes she (and all her sister wives) didn’t have to be legally married to Kody at all. “I feel like that they’re destructive as far as a plural family is concerned,” she says.

I am me. I'm comfortable with who I am and what I do. I focus on what I have and what I'm doing and don't get wrapped up in what the other person is doing, or how successful the other business owner is. I distance myself from toxicity, and draw closer to positivity. I create a safe and positive physical space to be surrounded by. I enjoy being with the people who enjoy being with me. I want people in my life who want to share and occupy the same space, and cherish the good times with them. I leave myself open to the possibility of love, growth, change, improvement, challenge, and all the things that will lead me to become a better woman, a kinder person, in a more positive headspace, and able to conquer challenges and realize my dreams. I look forward to what's ahead, leave the past in the past, and enjoy the here and now. This is what matters. This is my vision. ??? #LivingMyWhy #BecauseICan #LoveWhatIDo #LoveWhoIAm #2020Vision #BusinessWoman #BusinessOwner #LuLaRoeRetailer #LuLaRoeForLife #FlagstaffFashion #FlagstaffAZ #LuLaRoeIris #LuLaRoeGwen #LLRDenim

Robyn goes on to say that she has personal, intimateknowledge of the ways in which the inherent inequality of a single legal marriagecan affect a plural (polygamous) wife. The 41-year-old mom of five grew up inthe AUB herself, and her mother was a sister wife who was not legally marriedto her father.

“Since we all can’t have legal marriage, if there was a wayfor just not any of us to have a legal marriage, I think that would actually bethe best way to do it,” Kody’s youngest wife explains.

The Sister Wives star opens up emotionally about her mom’s pain, saying, “One of the reasons I’m so passionate about this is because my mom is the second wife, and I know what kind of pain that caused her, always being the one that’s not, you know, quite recognized as a wife.”

Robyn adds meaningfully at the end of the sneak peek: “It’svery personal to me. So burn them all.”

Will Your Kids Decide Who Wins the Streaming Wars?

What you need to know about Alex Guarnaschelli’s fiancé