Space Jam holds a special place in the heart of many basketball fans and players alike. Coming out at the height of Michael Jordan’s international fame, the movie, which pit Michael Jordan and the Looney Tunes against basketball-playing space aliens, was a hit for children in the 90s. Nearly 25 years after the movie was released, however, life imitated several aspects of the movie as the NBA season went into suspension. 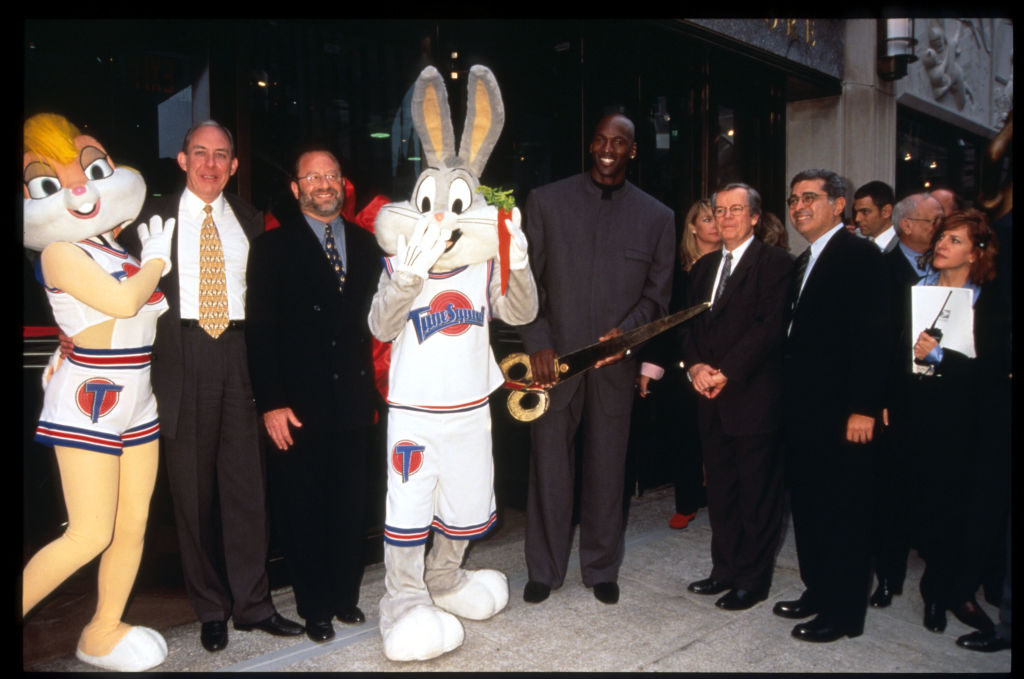 The premise of Space Jam seems like a strange candidate for parallels in real life. Not only is it a movie that features one of America’s most famous cartoon characters, but it takes place in a world where they can move seamlessly between their own world and that of real life. Aliens stealing the talent of NBA superstars, men being sucked into golf holes, and Michael Jordan living modestly in suburban America all make its believability questionable at best.

However, when one looks deeper at the world today, one particular aspect of the movie rings true. At the beginning of the coronavirus (COVID-19) scare, a basketball game was about to begin between the Oklahoma City Thunder and the Utah Jazz. Before tip-off, however, an official ran onto the court to announce that the game could not be played after Rudy Gobert was found to be carrying the virus and had been in contact with his team.

This set off a series of events straight from the 1996 film. The film features members of the Los Angeles Lakers standing outside their locker room wondering if there could be germs. This is similar to a stance that was taken by the New Orleans Pelicans, who refused to take the court against the Sacramento Kings with so much uncertainty surrounding the virus.

In the movie, when several players are brought down by a mysterious ailment, the commissioner of the NBA calls off the season until something can be done. Fast-forward to 2020, and the NBA was in a similar situation. After the team committed to playing games without the fans at the arena, Gobert’s diagnosis followed by several others within the NBA meant that the league had to go on hiatus with the rest of the sporting world.

Nothing is meant to belittle the seriousness of the coronavirus spread, but the similarities between real life and the move cannot go unstated. The NBA is currently in an unprecedented time in its history where its immediate future is up in the air. Players across the league have now been infected by the virus, which is often asymptomatic among younger holders, but the severity could not be taken lightly.

At the end of the movie, everything goes back to normal and all the players can return. Hopefully, this will be the case with the NBA in the not so distant future. With a Space Jam sequel in the works, however, it adds another interesting twist to the story.

LeBron James has been rumored to be a part of a Space Jam sequel since he was barely in the league. Now, it is going to be a reality. James brought in several notable NBA names, including Anthony Davis, Klay Thompson, Damian Lillard, and banana boat companion Chris Paul. Not content with staying in the NBA, however, the movie will also star WNBA stars Diana Taurasi and Nneka Ogwumike. Don Cheadle will also be joining the cast in an unspecified role.

By the time that Space Jam drops in 2021, the coronavirus scare will hopefully be behind us. However, when it is released, it will serve as a reminder that the NBA exists in a slightly different world than the first one did where the premise behind the movie is a little bit less ridiculous than before.