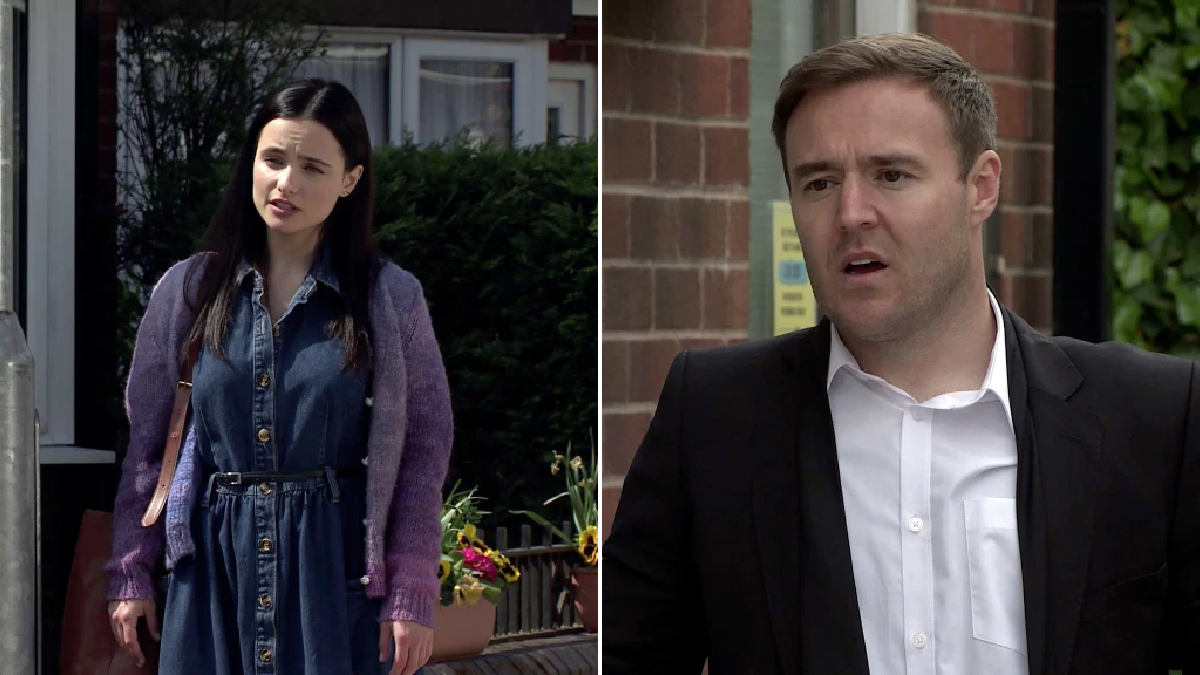 Alina Pop (Ruxandra Porojnicu) in Coronation Street will realise she doesn’t know Tyrone Dobbs (Alan Halsall) as well as she thought after being rocked by a domestic abuse bombshell.

At home, Tyrone finds a police officer at the door who informs him that Kirsty, his abusive ex-partner, is dead.

In shock, Tyrone turns to Fiz (Jennie McAlpine) as they prepare to break the news to Ruby.

Tyrone is grateful as Fiz helps him organise Kirsty’s funeral and explain to Ruby that her birth mummy has died.

Meanwhile, Alina hears in the factory about Tyrone’s past with Kirsty and she is stunned.

Confronting Tyrone, Alina’s hurt that she had to find out from Sally (Sally Dynevor) about Kirsty’s abuse because he kept her in the dark.

It’s certainly not what Tyrone needs right now, how will he react to Alina’s comments?

If Alina doesn’t know Tyrone as well as she thought, what could this mean for their future?