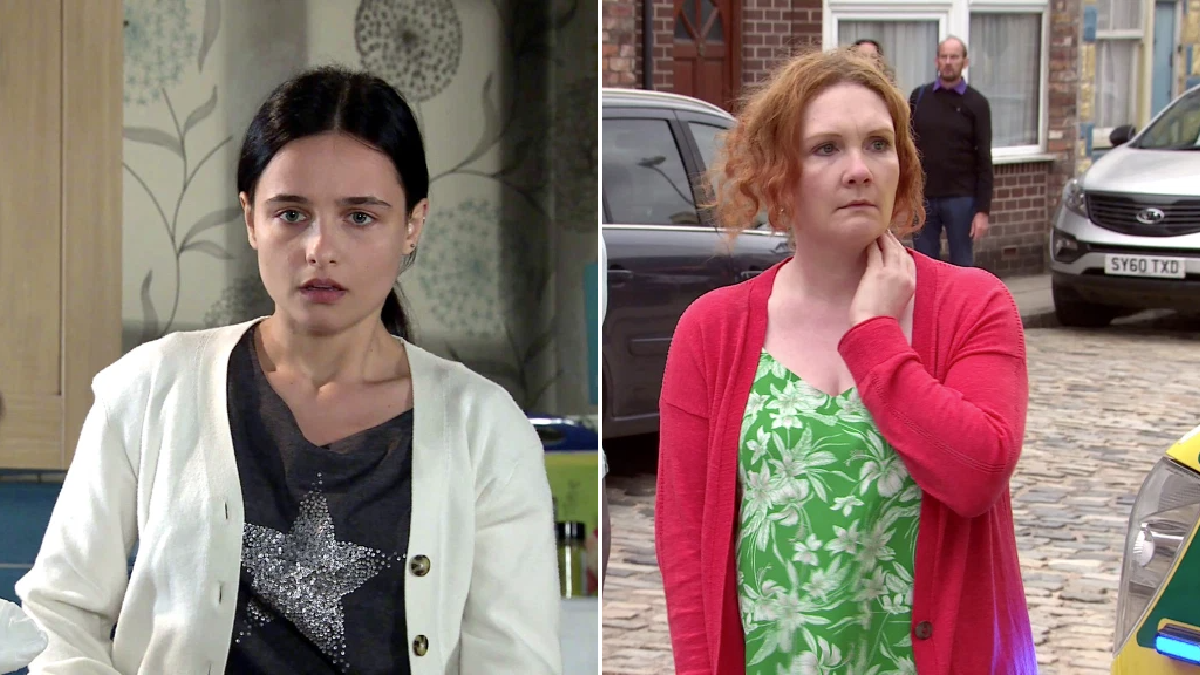 Pyromaniac Hope has been up to her old tricks in Coronation Street, almost killing Tyrone Dobbs’ (Alan Halsall) new girlfriend Alina Pop in a fire as she feels her family has been ripped apart.

Alina lives in fear, initially believing that Fiz was the one to blame and she will do anything to protect her daughter.

Hope’s bad behaviour is nothing new, nor is her penchant for starting blazes and Fiz fears where she might end up.

But Hope shows absolutely no remorse over her actions and this is set to worry the parents more and more.

As Alina fears for her safety, will Tyrone’s loyalty be to Fiz, Hope or Alina?

As Evelyn and Alina quiz him about Fiz, Tyrone is regretting going along with the plan. When Evelyn tells him she has called Cilla so knows Fiz is not there Tyrone crumbles and admits everything.

When Alina hears from Chesney that Cilla is on holiday in Cornwall she is confused about Tyrone’s story and when she sees Evelyn and Tyrone let Fiz and Hope into the house she makes a decision.

As a tearful Fiz is helped into the police car, Alina approaches Tyrone and reveals that she called the police having discovered that Fiz was lying about her whereabouts.

Evelyn quizzes Hope about the fire and is deeply troubled by her lack of remorse. Tyrone catches up with Alina in Victoria Garden and reveals the awful truth, that it was Hope who started the fire. What will Alina do next? Will she reveal what Hope has done?

Spoilers: Geoff's vile revenge as Alya tries to save Yasmeen in Corrie

'Mulan' Is Sinking at the Chinese Box Office, and Here Are 3 Reasons Why