Home » TV and Movies » Spoilers: Jean collapses and dies after arrest in EastEnders? 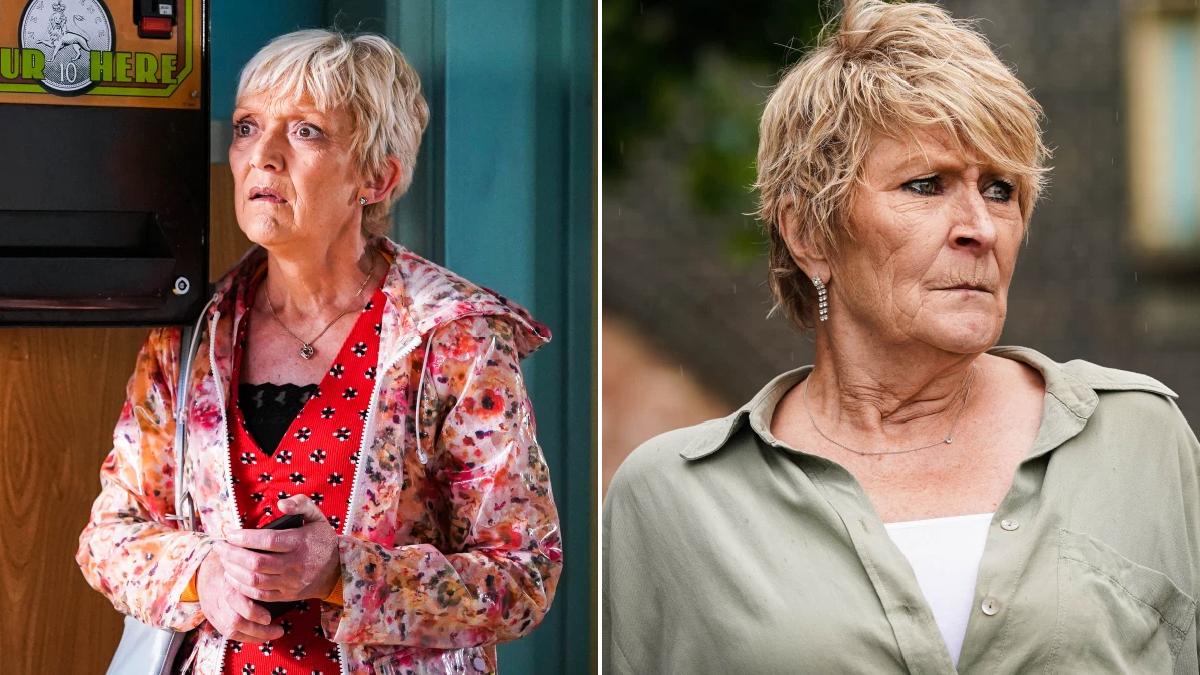 Jean Slater’s (Gillian Wright) dark times will continue in upcoming EastEnders episodes as she’ll be arrested and will collapse shortly after.

But will she wake up?

Jean has been very busy in recent episodes, confessing to Shirley (Linda Henry) that the drugs in her garage never died as she had hoped.

Meanwhile, as the fire storyline kicks off, Tommy, Scarlett and Janine (Charlie Brooks) are upstairs at Phil’s (Steve McFadden) house, trapped in Tommy’s bedroom and aware the house is on fire.

Scrambling around, Janine, Tommy and Scarlett will be left fighting for their lives when an explosion goes off, but can they all escape?

Later, in the aftermath, Jean bumps into Shirley who reveals she thinks she’s responsible for the fire.

The police arrive and arrest Jean for a possible drug offence.

In the station, Jean refuses to comment about the weed found in her garage.

As she gets up to leave, she collapses to the floor.

Now let’s not forget, Jean has convinced herself she has terminal cancer, but never actually got her test results…could this collapse mean Jean’s thoughts are correct?

Will she wake up from her fall?

Spoilers: Geoff attacks Elaine as she returns to Corrie