Since its late 2019 launch, fledgling streaming service Disney+ has only released a handful of original films, from projects initially bound for theatrical releases (like the Willem Dafoe-starring dogsledding adventure “Togo”) to those expressly made for the service (like the live-action remake of “Lady and the Tramp”). When filmmaker Julia Hart and her husband and co-writer Jordan Horowitz signed on to make “Stargirl,” the streaming service was still almost two years away from its public debut.

It was something of a leap of faith for the “Fast Color” and “Miss Stevens” team. They had no idea what Disney+ was going to look like, but they knew it would be big (Disney big!) and that it offered them a chance to scale up their production in a way that independent filmmaking might not be able to provide.

“We knew from day one of getting the script that that it was gonna be for Disney+, which at the time was like, ‘Cool, whatever that’s going to be!,’” Hart said with a laugh. “I was so excited that Disney+ meant they were going to be going back to making those smaller, more intimate, character-driven family movies.”

“Stargirl” fits that bill: a character-driven movie that appeals to a wide audience, with life lessons that could hold meaning for every viewer. The film is inspired by a beloved YA novel from Jerry Spinelli told from the perspective of shy Arizona high schooler Leo (Graham Verchere), whose life is blown open by the arrival of unique new classmate Stargirl (“America’s Got Talent” winner Grace VanderWaal in her feature debut).

The film was originally intended for director Catherine Hardwicke back in 2015, but that version (set to be made by Walt Disney Pictures proper) never got off the ground. Three years later, Hart signed on to direct, with Horowitz tapped to rewrite a script from Kristin Hahn. “It wasn’t our baby from start to finish, but they made me feel so much ownership over the story and the characters and the final product,” Hart said. “They really let me make the movie that I wanted to make, which was such a gift.”

Though Disney+ didn’t even exist when Hart signed on to make “Stargirl,” her positive attitude towards the possibilities of the streaming world has yielded constructive results (and not only because “Stargirl” is hitting the service in the midst of the coronavirus crisis). Hart’s previous features showed her that traditional distribution wasn’t the only solution. Before “Stargirl,” she made a pair of festival darlings — “Miss Stevens” and “Fast Color,” both of which debuted at SXSW — that were picked up for theatrical release prior to their festival runs. That’s the dream, right?

But even armed with major up-and-coming talents like Timothee Chalamet (introduced to most audiences via “Miss Stevens”) and Gugu Mbatha-Raw (who led superhero drama “Fast Color”), the films never quite broke through on the theatrical side. “Miss Stevens” made less than five thousand dollars in its limited release, and distributor The Orchard shuttered months later. 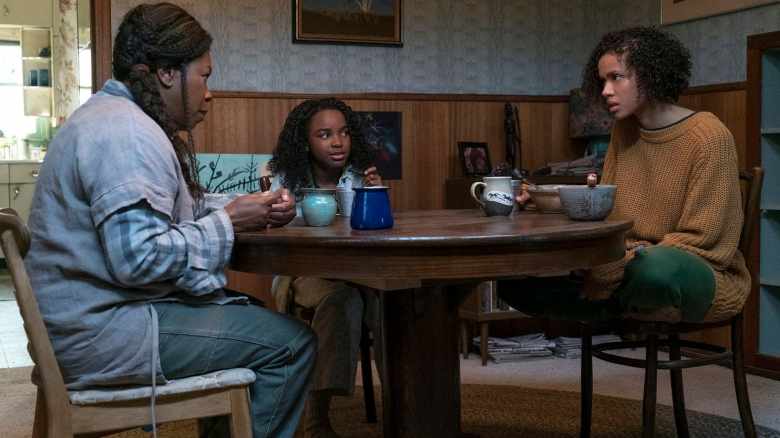 Two years later, “Fast Color” was beloved by those who saw it, but struggled to reach the very audiences it should have delighted and inspired. After Lionsgate cut the film’s marketing budget, the film made less than $80,000 during its April 2019 release. (It is, however, set for a second life, thanks to a streaming service: Amazon will now turn it into an original series.)

Hart is no longer precious about how her projects get seen. “I don’t really care where someone watches my movie,” she said. “I think it’s awesome to get to have your movie in a movie theater, but at the end of the day, what I really want to do is make movies, and I want to make movies that I believe in, that I feel like say something, and have the ability to be original and daring and different.”

Hart’s roots in indie filmmaking run deep, but said developments in the streaming world have made her hopeful that the two creative processes are complimentary — and maybe even necessary — for the health of the indie world. “If streaming services are what allow filmmakers to do that with a little bit more money and resources than just making an indie film, I think it’s a great opportunity,” the filmmaker said. “I actually think they’re gonna bring movies back to life. They are able to take creative risks and casting risks that you can’t do if you’re having to be concerned about foreign box office as a major studio.”

They were also able to take risks on Hart: She was six months pregnant when Disney hired her to direct “Stargirl.” Her baby was just eight weeks old when the film went into production. Armed with the backing and trust of a studio during a delicate time, she was still able to make her biggest film yet.

“I was so anxious to make my first studio film, [and now] I am Disney ride or die for life,” Hart said. “I will make movies for them as long as they will have me. I was so anxious that it was going to be too hard and I wasn’t going to be able to do it. And it was, from top to bottom, start to finish, the best experience of my professional career.”

Hart said some of her initial fears hinged on the kind of “myths” that surround studio filmmaking in the indie world, like “that the movie is gonna get taken away from you or they’re gonna turn it into something that checks all the corporate commercial boxes.” It turned out that wasn’t the case. 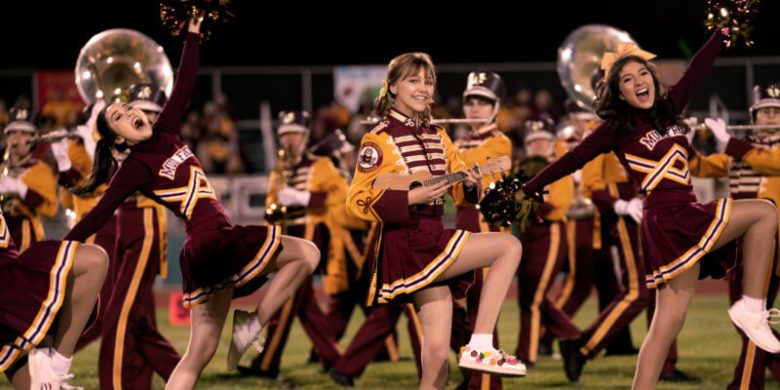 “I loved working with them, and it definitely changed my perspective of the studio movie,” Hart said. “I think if you get the privilege to work with smart people who really care about the content they’re putting out there, it can be an even better experience than the indie experience. I think there’s this myth that the only way to make the movie the way you want to is to do it on your own.”

While Hart didn’t make, as she put it, “one of Disney’s $200 million library titles,” the inherent gravitas of the Disney name allowed her to snag starry names for many facets of her production. “Stargirl” features a large-scale musical number that required the coordination and cooperation of not just Hart’s stars and supporting performers, but a hefty number of extras. With the freedom Disney provided, she was able to hire the big guns to make it pop, including choreographer Mandy Moore and music producer Marius De Vries, who had previously worked with Horowitz on Oscar winner “La La Land.”

While Hart demured with a “no comment” when asked about the possibility of returning to Disney+ to make a film version of Spinelli’s sequel to “Stargirl,” it seems like a natural pairing. For the moment, she’s already gearing up for another passion project with the streamer: The Rachel Brosnahan-starring drama “I’m Your Woman,” based on a script she and Horowitz have been working on for over five years.

When Hart spoke to IndieWire, the duo were already deep in the editing process of “I’m Your Woman,” which she said she could only imagine making in today’s distribution landscape. “It’s very exciting to get to make those movies, and it’s exciting if they can be in a theater,” Hart said. “But I think it’s more important for them to exist at all.”

“Stargirl” will be available to stream on Disney+ on Friday, March 13.

How many children does Rebekah Vardy have?