Fans of Stranger Things have undoubtedly noticed the multiple references to X-Men in the series. There’s one character, however, many are comparing to Eleven (Millie Bobby Brown.) Could our favorite telekinetic kid be about to take a dark turn? 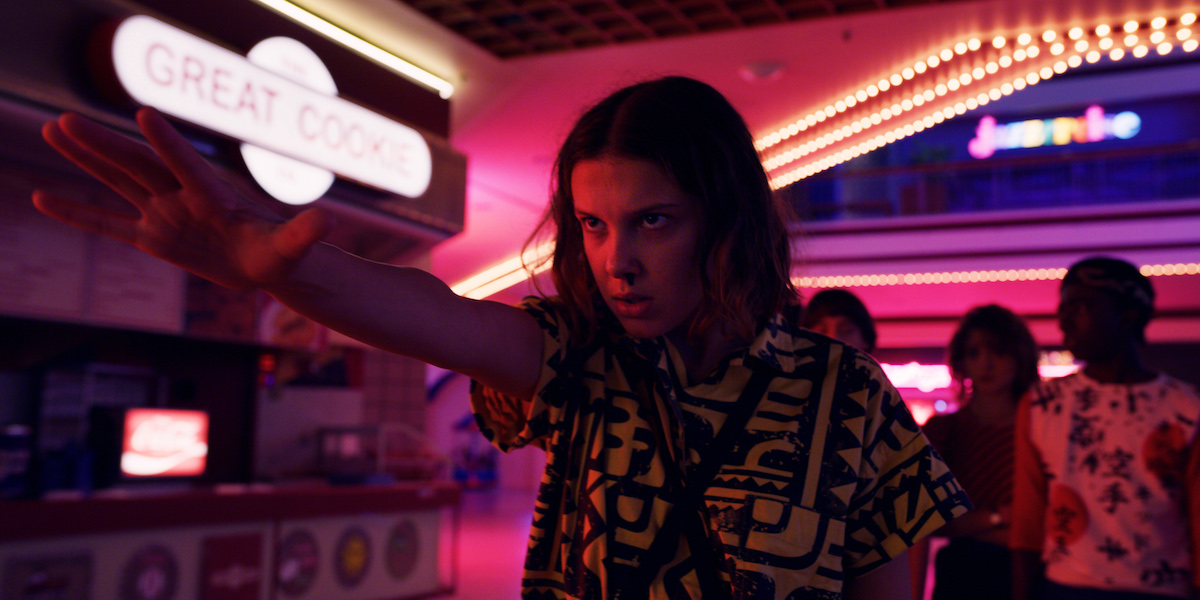 How Eleven and ‘The X-Men’s’ Jean Grey are similar

Comic fans immediately picked up on the similarities between Eleven and The X-Men’s Jean Grey. Jean plays a considerable part in the X-Men universe as she’s one of the most powerful characters.

As one of the original members of the mutant superheroes group, Jean started out as one of the good guys. Creators of the character, Stan Lee and Jack Kirby, initially didn’t plan for much to happen with Jean. It wasn’t until the ‘70s when writer Chris Claremont took over and really amped up her powers with what he called the “Phoenix Force.”

Both Eleven and Jean are telekinetic. They’re also both able to use their powers to see and hear people in different places of the world. In The X-Men, this is called the Astral Plane, while the Stranger Things universe refers to it as The Void. These are the scenes in Stranger Things Season 1 where Eleven makes contact with the Demogorgon for the first time, can eavesdrop on two Russian men, and where she sees Barb’s body. This all happens in The Void.

In the very first episode of Stranger Things Season 1, Will and Dustin race to their homes. Whoever wins gets to take the comic book of their choice from the loser. As Will wins, he shouts out, “I’ll take your X-Men 134!”

As with so many things Ross and Matt Duffer include in the series, this comic was not a random pick. It’s actually part six of the Dark Phoenix Saga.

In the saga, Jean Grey comes into contact with the cosmic force called the Phoenix. He ultimately gives her way more power than she started out with. When a group of bad guys known as the Hellfire Club notices her powers, they abduct her and make her use their powers for them. Is any of this sounding familiar yet?

Once Jean escapes from the Hellfire Club, she doesn’t go back to being the nice gal everyone knew before. Now that she’s tapped into those powers, there’s basically no stopping her.

New images from the latest trailer for Stranger Things Season 4 show Eleven being pulled away by men into a van. She does not look pleased either. Could this be because Dr. Brenner is back and wants his pet? Or are they saving others from the destruction Eleven is about to rain down on some people?

‘The Hellfire Club’ and other ‘X-Men’ references

Some of the episode titles for season 4 were released a while back, and wouldn’t you know it? The first episode is titled ‘The Hellfire Club.’ It’s hard to think of it as anything other than a clue about Eleven’s path.

There have also been subtle nods. In season 1, episode 2, the camera focuses on one of Mike’s trophies. A winged woman stands on it with her arms reached toward the sky. This could easily be interpreted as a reference to the Dark Phoenix.

Plus, when Eleven kills the Demogorgon in Season 1, the way the scene is shot looks very similar to a panel in X-Men #134. This is when Jean Grey finally kills Mastermind, the leader of the Hellfire Club.

Most fans would be shocked if Eleven went completely evil, but never say never. There are still two more seasons to go. Stranger Things Season 4 will debut sometime in 2022.

'The Bachelorette': Contestant Concerns Katie Thurston After Arriving in Trailer to Premiere